Romeo and Juliet, The Movie 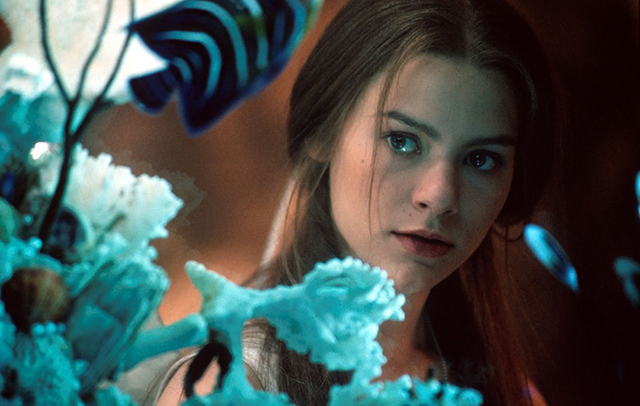 Yesterday the English celebrated Shakespeare’s Day. And because at KOKET, we looove to celebrate anything that has to do with true love stories, passion and seduction, we share with you today… the true love story between Romeo and Juliet; a story we can’t ever forget… Most people question whether it was really true love. “Romeo and Juliet” was based on the life of two real lovers who lived in Verona, Italy 1303, and who died for each other. Shakespeare is reckoned to have discovered this tragic love story in Arthur Brooke’s 1562 poem entitled “The Tragical History of Romeo and Juliet” and rewrote it as a tragic story.

There is something about Romeo and Juliet that has turned this story into one of the most enduring love stories of all times. From theatrical productions to operas, films, and ballets, Shakespeare’s tragic play of love continues to inspire and fascinate both artists and the public. And our blog must have an article dedicated to this love. Why? You know… KOKET means Love Happens! Do you remember the story? Let’s refresh your minds with images from the 1996 movie Romeo and Juliet featuring Leonardo DiCaprio and Claire Danes.

Romeo and Juliet, The Movie

Once upon a time in Verona, an Italian town, around 1500, two traditional families, the Montagues and the Capulets, cultivated an intense and unsustainable enmity that went back several years. Independent of this rivalry, Romeo and Juliet, unique children of these powerful clans, fall in love and decide to fight for this feeling. The lovers met at a party welled by the leader of the Capulets, who was the girl’s father. Romeo, obviously, was not invited but believing being in love with Rosaline, one of the girls at the event, found a way to enter in the mansion. However when he faced with Juliet, the image of the other girl disappeared from his heart, and now there is only space for the unknown girl. It was love at first sight!

Soon after the two discover they belong to rival families. Romeo, right after the party, listened to Juliet talking with the stars, during which she confesses her passion for him. Of course he goes immediately looking for her and declares his passion. One day after, with the help of Friar Lawrence, the two married in secret. But the shadow of tragedy seems to chase them. On the same day Romeo unintentionally becomes involved in a fight with Juliet’s cousin, Tybalt. At first the young man didn’t respond to any provocation, but when he saw his friend Mercutio dead he kills Tybalt as revenge.

This death further fuels the hatred between the families and the Prince of the city tells Romeo to leave Verona. The old Capulet, not knowing of the marriage of his daughter with the enemy, arranges a marriage with Paris. Friar convinces her to accept the marriage but sets up a plan. Shortly before the ceremony Juliet should drink a potion prepared by him and would be considered dead. Romeo would be warned and would return to remove her from the grave of the Capulets as she awoke. However, Romeo finds out what happened before being notified by the Friar. Desperate, he takes the poisonous potion, and in the tomb where is his beloved one, he ingests the vial contents and dies next to Juliet. The young woman wakes up and realizes what has happened.

And then you know the end…. with the dagger stolen from Romeo Juliet kills herself!! The two were found together, dead. Shaken by the tragedy, their families definitely have reconciled. Heavy but the most beautiful story ever! We hope we have managed to bring some nostalgia to your hearts. See you soon girls!

All Images Are stills From the Romeo & Juliet Movie