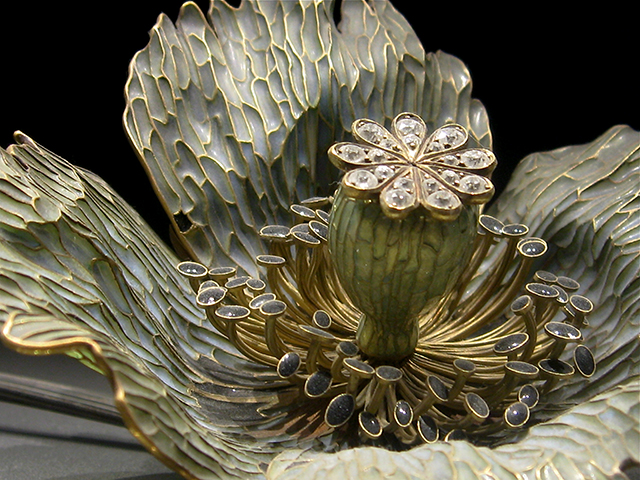 Hello ladies! Every day I want us to be looking at the art and design and fully appreciate them! Yes, because art is the food of the soul and we need this! Rene Lalique? Sounds good to you? He is known throughout the world considered as the inventor of modern jewelry and has become one of the geniuses of Art Deco glassware. The animal and plant world and the woman body inspired his work. There was obviously a great talent in bringing the natural world to life into glassware. Today LALIQUE is a top crystal brand and a symbol of French luxury. All of designers and glassmakers continue to bring to life objet d’art, barware, jewelry, fragrance, furniture and interior fixtures in his name.

In July 2011 a museum was inaugurated to show the genius Lalique art to the world: Wingen-sur-Moder, also the birthplace of the region’s glassware tradition. Every single day thousands of visitors explore the many faces of the work of this genius as well as the work of those who came after him. Sketches, Art Nouveau jewelry, perfume bottles, tableware, unique works of art and mass-produced items in glass and crystal, architectural pieces… Indeed, it was here in Alsace that René Lalique decided to build his factory in 1921 and is the only place in the world where Lalique Crystal is made. KOKET inspirations are based on the old times of LALIQUE. As you can see, all the colors, the sparkles, the butterflies are part of who we are.

And speaking of art, the Art Monaco fair has just started yesterday the fourth diamond edition. If you happen to be near by, don’t miss it! The event is hosted at what is known to be the “Playground for the Rich and Famous”. During four days, one of the most prestigious convention centers in Europe, The Grimaldi Forum, is enriched with some of the most sought after and distinctive art of our times, which complements the beauty of Monaco and the breathtaking scenes that the Principality is so well known for. Collectors and social highlights have here the opportunity to see and buy in avant-première some of the more than 4500 pieces of art gathered from over 35 countries.
Artists like Michael Thompson, Ilgiz Fazulzyanov Mazmanian, Romul Nutiu and Jean Royère will be at the fantastic exhibitor’s list for this fair. Are you familiar with any of these artists? Here’s a sample of two of our favorites:

Michael Thompson, the graphic designer from Jamaica based on United States that uses his creativity to Positive Change and Peace Activism.