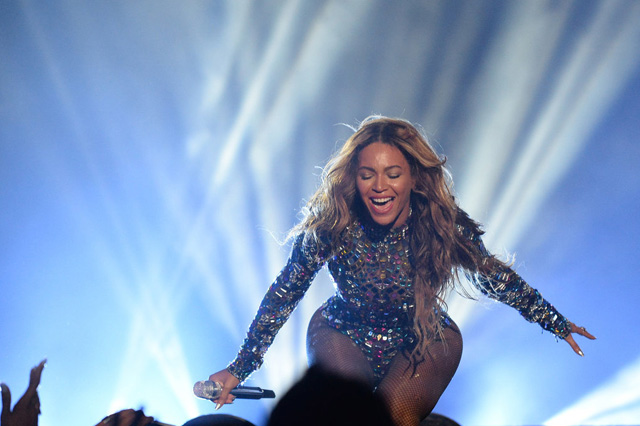 As almost everyone knows right now, Beyoncé completely killed it at the 2014 MTV VMAs on Sunday, August 24th. Her over 15-minute performance was a medley of her hits from her most recent album, Beyonce, including popular songs like “Drunk in Love” “Partition” and “XO”.

As usual, Beyonce was fierce and sassy on the stage singing about women empowerment and sexuality like a true KOKET.

She dominated in her jewel bedazzled leotard while showing off those epic dance moves she is famous for, all in cute black booties!

She even gave a major shout out to feminism enforcing that we can run the world, girls.

As if her amazing performance wasn’t enough, Beyonce showed everyone why she is the woman on top by sharing a tender moment on stage with husband, Jay-Z and daughter, Blue Ivy.

Another rumor is that Beyonce is fond of agate stones.