Pantone Color of the Year 2016* Rose Quartz and Serenity

Pantone Color of the Year 2016* Rose Quartz and Serenity

Pantone has for the first time selected the blending of two shades as 2016 color of  the year. Dubbed Rose Quartz and Serenity, they are shades of pale pink and baby blue…problems with baby room color schemes are over!

Pantone color announcement, expected today, is an annual event that is closely watched by the design and fashion industry as the tipoff to a trend that usually spreads through home décor, fashion and design for several years. It tends to unleash a cascade of announcements from retailers revealing their own products in the colors.

This particular pastel pairing calls to mind a balloon bouquet announcing a pair of babies, but Pantone says that isn’t the aim. These shades, they say, were chosen to convey rosy warmth and tranquility. As for baby stuff, they don’t want to go there. “Rose quartz is not baby pink,” says Leatrice Eiseman who, as executive director of Pantone’s Color Institute, oversees the company’s annual choice of Color of the Year. “It doesn’t have that wimpy feel.”

Still, Rose Quartz could face some challenges if it were forced to go it alone. “That’s a bit too sugary for men,” says Ray Kelvin, founder and chief designer of British fashion retailer Ted Baker. He is using the blue for menswear because it offers “freshness,” he says. He notes that a similar rose shade, which Ted Baker calls “nude pink,” has been a best-seller for the brand’s womenswear lately.

When it comes to pink, American men are beginning to take cues from their British counterparts, who have never shared their fear of the shade. Indeed, Thomas Pink—known for daring color choices—is using Rose Quartz in men’s shirts and ties.

Carolina Herrera walked through her studio a day before showing her spring 2016 collection in New York in September and gestured toward her mood board, which was full of pink fabric swatches and photos of pink flowers. She hadn’t been clued in on Pantone’s thinking, but her collection the next day was awash in the shade. “I’m in my rose period,” she said that afternoon in her studio.

Some colors—such as many shades of blue—are perennially popular in home goods and apparel. Blues are flattering to any skin color, and bright shades like cobalt or turquoise are vivid against neutrals. Other colors can serve as enticing irritants: Bold orange looks appeared in dozens of spring collections as attention-getting contrasts.

How will 2016 color of the year influence interior design decor and its color schemes. KOKET gives  two suggestions in design furniture, that can be fitted on home decor ideas:

Flirty and unpredictable like a modern woman, the Caprichosa’s voluptuous sofa design mimics a woman’s most desirable curves.

Pantone, has a system that helps manufacturers define color precisely. Every year, the company polls décor and fashion designers, as well as manufacturers and retailers, on what colors they plan to use, to pick the color of the coming year. Pantone tips off some marketing partners so that they can create products, such as Sephora cosmetics and Keurig coffee makers, that use the colors. It even churns out its own popular mugs in the shades. This year’s mug will have both colors—one on each side, like yin and yang. 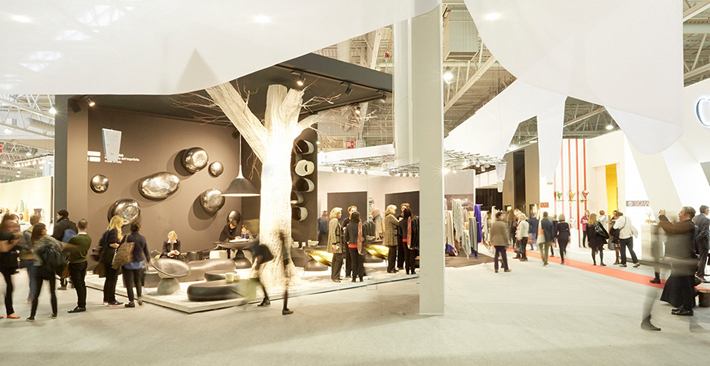 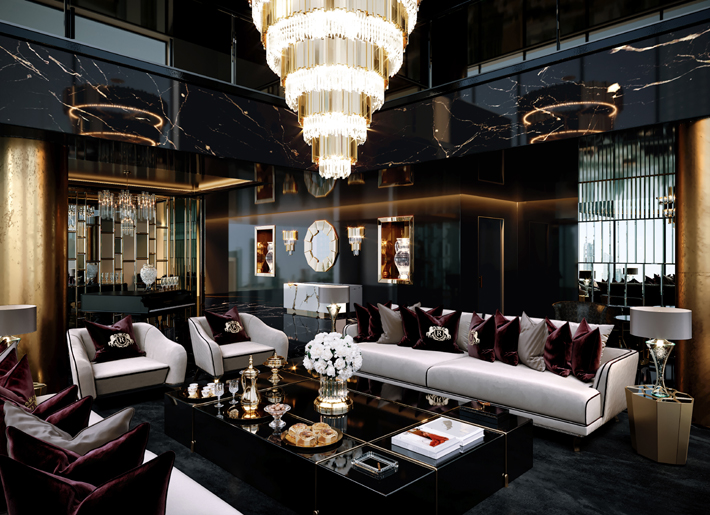