The holidays are officially here, so it’s also time for the luxury retailers in Manhattan unveil their magical window displays, filled with fantastical themes and dazzling details—and this season’s storyboards certainly don’t disappoint.
The festive season brings out the best of the creative show on display with magical annual holiday windows of the luxury department stores. From Bergdorf Goodman’s “Brilliant” themed Swarovski-embellished display to Barneys New York’s wintery “Chillin’ Out” motif, each and every window has an enchanting effect on this department stores.

This holiday season, every Saks store in the US has been transformed in to a Winter Palace full of wonders from around the world.

The immaculate holiday environment is awashed in winter splendor, from icy chandeliers to frosted fashion.

Winter Wonders of the World display includes the Eiffel Tower, the Taj Mahal as well as the the frosted Great Barrier Reef.

The luxury goods department store based on Fifth Avenue in Midtown Manhattan in New York City kicked off the holiday season with the best fashion and millions of Swarovski crystals.

While shoppers and revelers can stop by and enjoy the show in person at 5th Avenue and 58th Street, the rest can take a look at Bergdorf Goodman’s Brilliant Holiday themed windows here. Putting seven million Swarovski crystals to use, the store jazzes up the best of fashion world in its windows.

The Glitterati features merrymakers amid ice-cream cones and tiered cakes while the Crystal Ball highlights a shimmering psychic predicting the future.

This Christmas, Barneys New York is Chillin’ Out! The chilling theme of the Madison Avenue windows is based on wondrously wintry take on holiday 2015 with Arctic temperatures, high-speed chases and live ice carving. Embracing the chill that typically accompanies this magical time of year, the New York flagship’s windows celebrate winter by bringing one Ice indoors.

Two of the window displays have been transformed into giant walk-in freezers perfect for creating the icy things and for displaying the handiwork of master craftsmen working with the ice.

Barneys has also partnered with Lexus to reimagine the classic childhood “Penguin Chase” toy that sends the chilly birds around a track, blowing it up into a full-size racecourse through an icy mountainscape. Three crystal-encrusted penguins perch atop 3D-printed scale models of Lexus IS, GS F, and RC F cars, race around a translucent track.

The American luxury jewelry brand celebrates the festival with an enchanting winter wonderland at their Fifth Avenue flagship store.

The ornate window displays of Tiffany have been inspired by miniature theaters of the 19th century.

Lord & Taylor is the oldest department store in the United States and one of the country’s premier retailers, offering high-quality fashion apparel and accessories.

The flagship Fifth Avenue store has created animated, non-commercial holiday windows—originally, and still to this day, considered by the company to be a gift to the city.

See also our article on Pantone’s Color of the Year 2016. 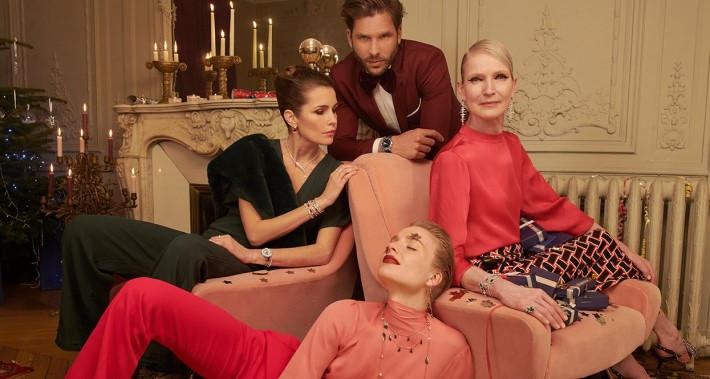 FASHION
New Swarovski Collection: Naughty, Nice or a Bit of Both? END_OF_DOCUMENT_TOKEN_TO_BE_REPLACED 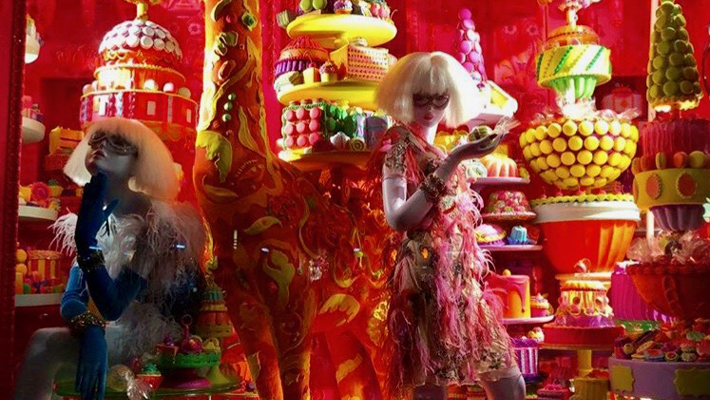