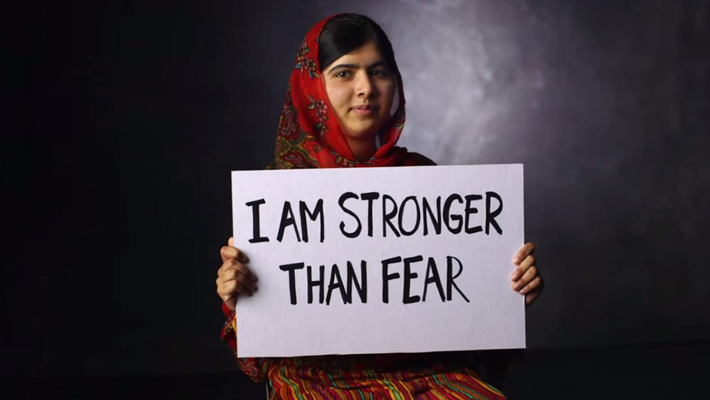 We all know the story of Malala: a young girl who defied fear and reason to stand up for her right to education.

Often affectionately referred to by her first name, Malala Yousafzai became a prominent contemporary feminist at the age of 15, when she was shot by a Taliban gunman for her activism surrounding women’s education in Pakistan. Since recovering from the shooting, which left her in critical condition, Malala has continued her fight for girls’ education globally, receiving the 2014 Nobel Peace Prize for her efforts and becoming an icon for women empowerment.

Malala has consistently and willingly put herself at risk in order to defend equal access to education, gender equality and overall world peace. Though many people remember her as the girl who was targeted by the Taliban, she had a long history of activism before the attack — when she was as young as 12.

In fact, her series of BBC diaries, which she wrote under a pseudonym to protect herself, detailed her life under Taliban rule in Swat, Pakistan in 2009. According to the New Yorker, Malala hand-wrote the blog posts, which described her academic successes as well as concurrent Taliban actions that her family and community were enduring.

Her passion for educational equity began with her father, who gave her lessons in the night once the Taliban had banned girls going to school and destroyed many of the schools in Swat, according to BBC. She refused to let the Taliban’s patriarchal rule, which even refused women the right to go shopping, impact her ability to receive the education she deserved.

Malala now lives safely in Birmingham, where she completed her education after recovering from her injuries, and was recently admitted to Oxford University to study philosophy, politics and economics, according to BBC reports.
Though she has not stopped facing near constant pushback, including the banning of her autobiography in all private schools in Pakistan in 2013 and a heated global debate over whether she should have received the Nobel Peace Prize in 2014.

Regardless of those who criticize her, Malala is an unstoppable force when it comes to her activism and unrivaled fearlessness in the face of terrorism and violence. She will undoubtedly continue to use her voice and education to advocate for women and girls around the world — a philosophy of selflessness that all women with prominent voices should adopt.

Words of Wisdom by Malala

“When the whole world is silent, even one voice becomes powerful.” — Malala Yousafzai, I Am Malala