Who Runs the World? Global Girl Bosses Run the World! 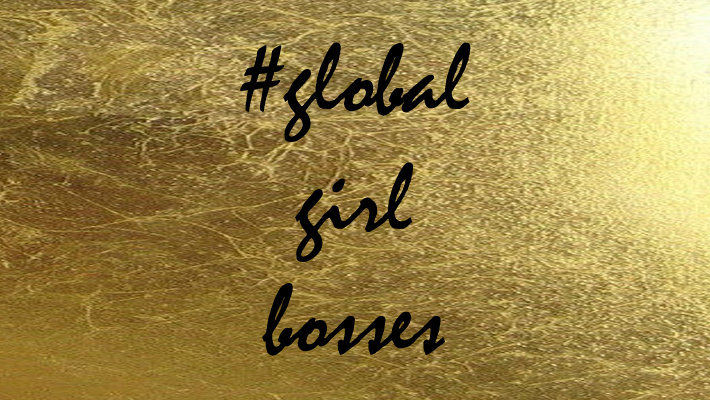 Who Runs the World? Global Girl Bosses Run the World!

We women work hard and always have since the dawn of time. And while we appreciate what men bring to the table, there’s still a lot to be done as far as recognizing the amazing things women are doing all around the world. So, what better way to do so than highlight the biggest, baddest, and boldest of them all? They are, of course, the Global Girl Bosses.

As we head into 2018, the global economy is a hotbed of opportunity for female entrepreneurs. And while we know that the US always makes the news for businesses owned by women—after all, according to CNBC, women now make up 40% of new entrepreneurs in the United States —other countries aren’t too far behind.
Did you know, for example, that China’s female-owned businesses account for at least 31% of the country’s economy—locally and globally? In fact, that special number helps to make China ranked number eight globally, according to the inaugural Mastercard Index of Women Entrepreneurs.
Though the numbers and stats sound quite impressive, these fearless women still aren’t getting the spotlight they deserve.

That’s exactly why I’m here to change that. Here’s my story:

Tamar and her mom at Tamar’s book launch party for Feast Island, 2012

I’m a Girl Boss myself and have always been one since I can remember. I started working my first “job” at the age of fourteen and have been hustling ever since. After starting my first business at the age of twenty, I’ve have had two more since then. In the next year, I plan to “soft launch” my fourth, hoping to really make it a life-long pursuit and something sustainable to not only help me achieve my dreams and goals financially and personally, but to literally help save the world in some way.
Because of my background in entrepreneurship, I tend to be drawn to like minds. And it’s in Shanghai, China, my home since late 2016, that I’ve found a multitude of like-minded women entrepreneurs also wanting to make their mark in the world. This wonderful group of badasses is called Girl Bosses of Shanghai (inspired by the #Girlboss movement of Sophia Amoruso), and their impact goes beyond China. They truly are globally inclined, but the truth is: they’re still hidden gems of Shanghainese society.

So it’s time for them to be brought into the light, where they can be seen, heard, and appreciated for what they’re doing to make the world a better place. Therefore, in 2018, you can expect a yearlong dedication to these amazing Global Girl Bosses, where I’ll be featuring two women a month. You’ll get to know the nitty-gritty and then some, as well as their inspiring stories and advice for what it really takes to be a Girl Boss.

It’s time to show the world what we’re made of—sugar, spice, everything nice, a ton of grit, and business-savvy sense. So grab your champagne glass and get ready to toast to the Global Boss Girls who run the world, where you’ll first be introduced to a woman who is a designer unafraid to get her hands dirty.
_________________