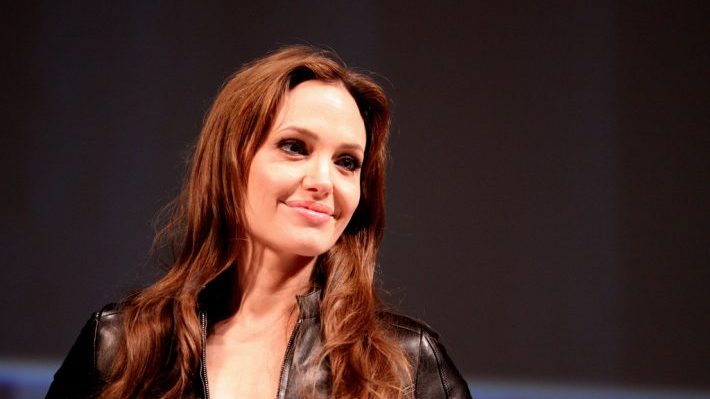 “Every woman has a right not only to independence and security, but to live her life to the full and to express herself to the full, including through art and ideas as well as politics. That right is often denied to women because it is so powerful. Art influences. Art catches the imagination. Art challenges orthodoxy and societies where women are denied freedom of expression.” Angelina Jolie made these remarks at last years annual Women in Entertainment breakfast sponsored by The Hollywood Reporter. 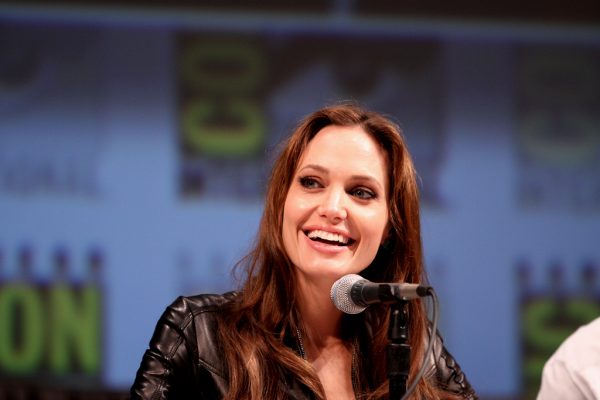 As a successful actress and director, Angelina Jolie understands the power and influence of art in culture. She has starred in many successful movies, winning an Oscar for best actress for Changeling in 2009, and has now undertook directing opportunities for movies such as First They Killed My Father and In the Land of Blood and Honey.
Since her role as Lara Croft in Tomb Raider, Angelina Jolie has become active in philanthropic efforts around the world. In 2001 Angelina was named the United Nations High Commissioner for Refugees (UNHCR) Goodwill Ambassador and Special Envoy in 2012. She is a mother of six, including three adopted and three biological children with ex-husband, Brad Pitt. If being an actress, director, and mother were not enough, she still manages to devote many resources into nearly thirty different charities, including her own, the Jolie-Pitt Foundation. 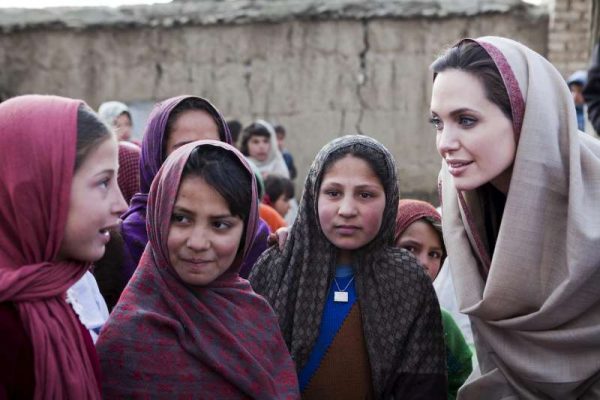 Photo by J. Tanner via UNCHR.org

The recent climate surrounding women’s rights in the workplace has sparked a sense of solidarity among women in the arts. This was apparent during last December’s Women in Entertainment event where Angelina Jolie gave her powerful speech. Art seems, to Angelina, to be a vehicle and voice for women to be seen and heard in society. It is a peaceful means of influence that can powerfully shape perceptions and challenge corrupt institutions.

Perhaps the most poignant element of Angelina’s speech was her call to look beyond the injustices that women in Hollywood and the “free world” face and to recognize that the plight for women in other parts of the world are much direr and deserving of attention.
As a woman that has gained much influence through her career as an actress, she is giving a voice to women around the world whose voices have been suppressed. She advices her fellow colleagues to have gratitude for their ability to express freely within the current political framework that this country has to offer. “We have a level of freedom that is unimaginable for millions of other women around the world — women who live with conflict and terrorism and displacement and poverty, who never get a chance, whose voices are always silenced.” 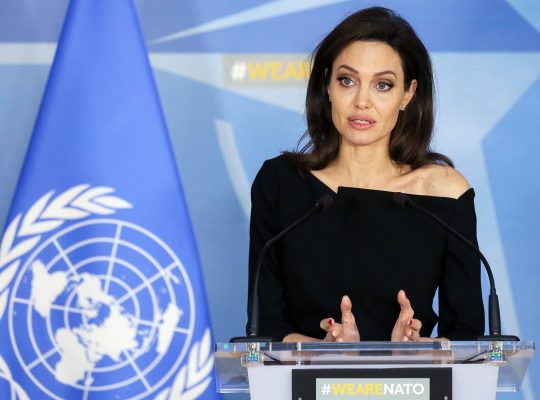 Photo by Yves Herman via REUTERS

It’s Jolie’s wish that women all over the world be extended these same freedoms. “Together we stand for more than our own rights and freedoms, but the freedom and rights of all women. We in this room have the ability to help find those women artists struggling to make their voices heard today; to show solidarity with them, to champion them, to help them tell their stories.”
While politics may shape institutions, art shapes culture, something that Angelina is very much aware of during this point in her career. Angelina Jolie has many new projects in the works right now, including acting and directing roles. As for now these projects remain mere speculation; however, it’s clear that Angelina’s vision as an artist is much broader than Hollywood box office sales. She wants to make a difference through her art. She wants to tell intriguing stories, not for the sake of Hollywood, but for the impact that these stories have on real lives, especially women throughout the world.