Royal Tiaras: From Meghan Markle to Kate Middleton and More 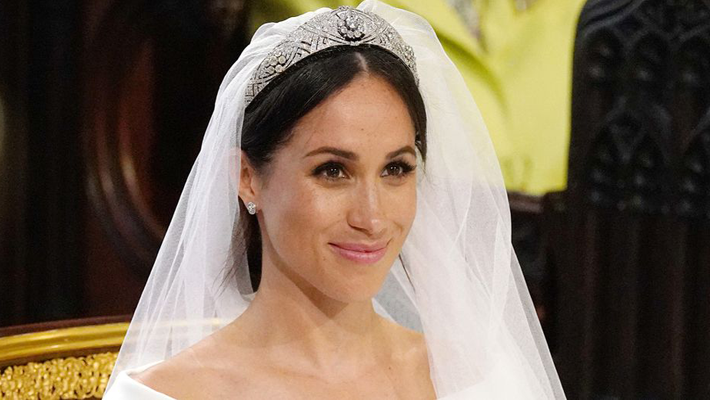 Royal Tiaras: From Meghan Markle to Kate Middleton and More

There are LOTS of perks to being a member of the British royal family and getting to wear a royal tiara is definitely one of them! Most of us will never get to wear a stunning jeweled ornamental crown upon our heads for all to see and admire unless it’s Halloween or an exceptionally extravagant white tie event, and even then it will most likely pale in value and heritage to a tiara from the British royal jewelry collection. So in honor of Prince Harry and Meghan Markle’s wedding on May 19, 2018, and that glorious diamond center-stone adorned filigree tiara she wore, read on to learn more about this enchanting headpiece and other gorgeous royal tiaras of the past. 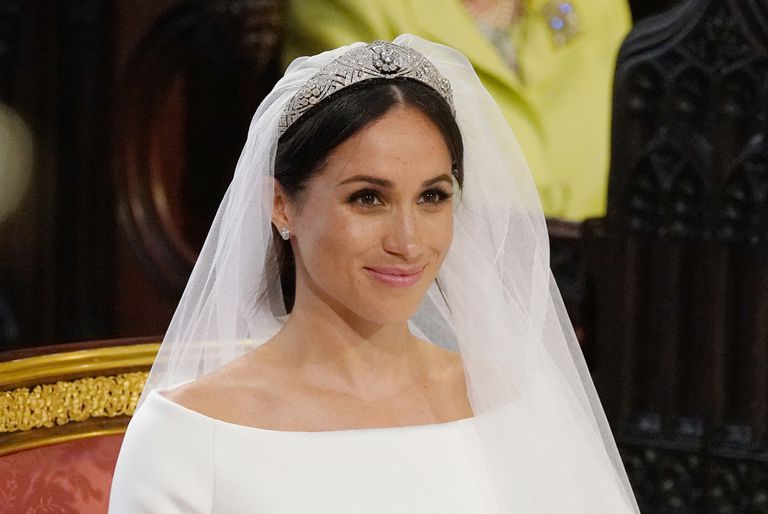 As the world watched Meghan Markle wore the stunning Queen Mary’s bandeau tiara for her wedding day. The now Duchess of Sussex borrowed the headpiece from Queen Elizabeth II. Reportedly, the magical royal tiara that held her magnificent 16-foot veil upon her head originally belonged to the Queen’s grandmother, Queen Mary, the Princess of Teck. The center stone of the diamond and platinum accessory is a detachable brooch featuring 10 brilliant diamonds that were gifted to Mary of Teck in 1893. In 1932, the royal tiara was made to hold the brooch and in 1953 when Queen Mary died it was bequeathed to Queen Elizabeth II. 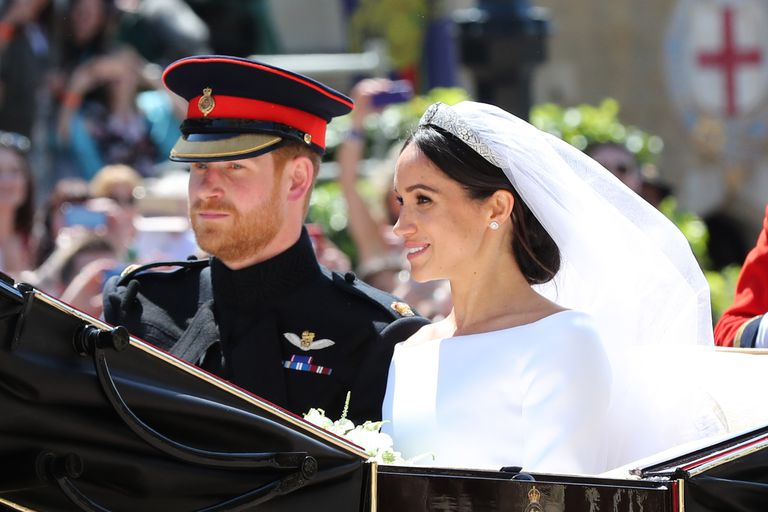 Meghan completed her jewelry selection with a pair of exquisite round diamond earrings and a bracelet made by Cartier, according to the Palace. These simple, yet clearly extraordinary, pieces were the perfect compliments to her majestic tiara – delicate and decadent, yet in no way loud or distracting from the beauty of her and her gown. 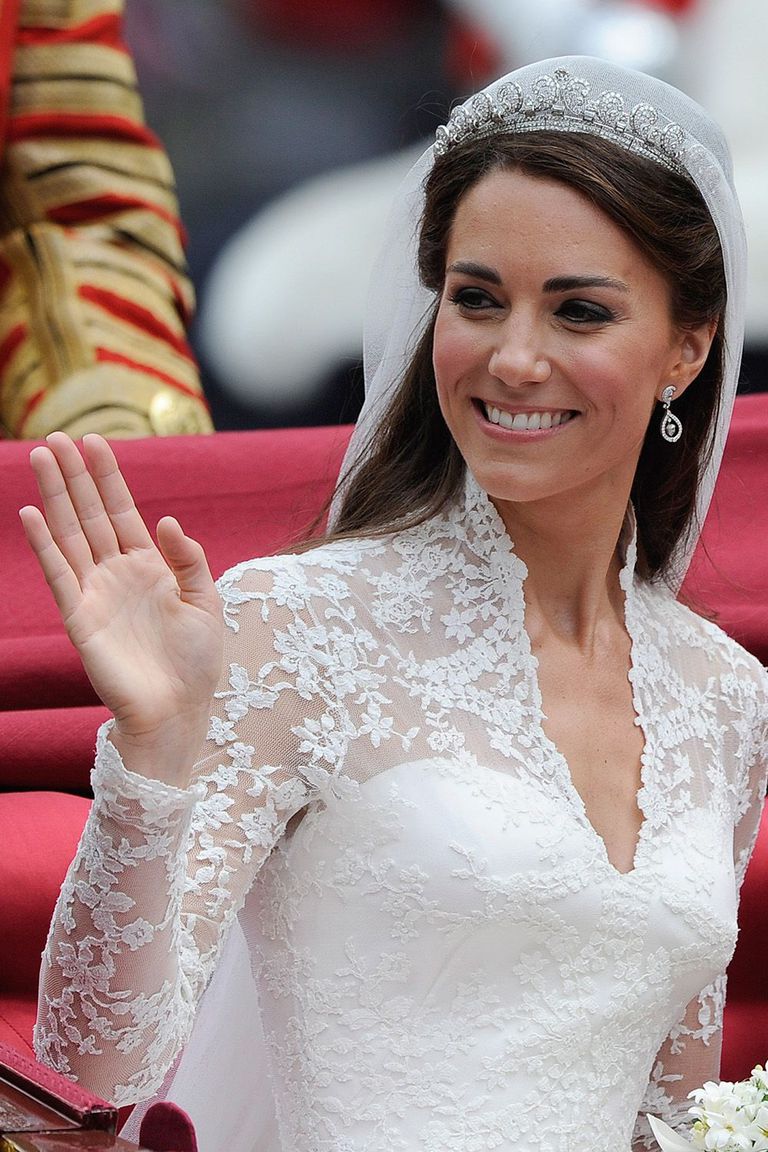 On the day Kate Middleton, the Duchess of Cambridge, wed Prince William she wore the Cartier Halo Scroll Tiara. This ravishing tiara was originally created in 1936 by George VI, who commissioned it from Cartier for his wife. According to Tatler, the Queen received it as a gift from her mother for her 18th birthday. Princess Margaret and Princess Anne have also worn this striking headpiece. Currently, this royal tiara is on loan to the National Gallery of Australia for Cartier: The Exhibition, which runs from May 30 to June 22. 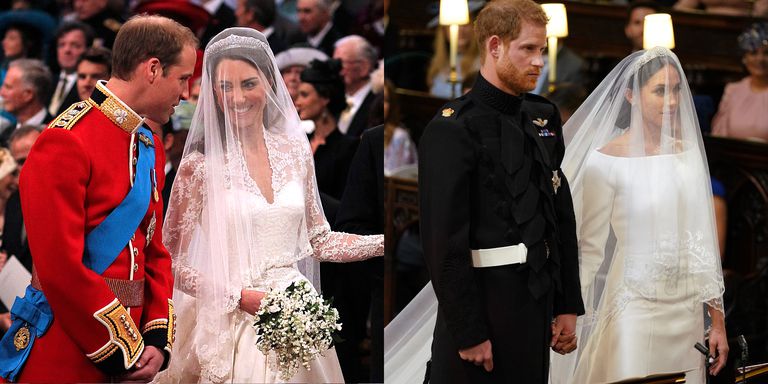 Meghan followed in Duchess Kate’s footsteps when she opted for simple jewelry to compliment The Queen Mary Tiara. As Kate went down the aisle she wore a pair of diamond drop earrings that her parents’ had custom-made by Robinson Pelham Jewellers. These stunning earrings featured an acorn motif and were designed specifically to complement the Cartier Halo Tiara.
And not to get too off topic…but did you see how adorable Princess Charlotte was during the royal wedding! 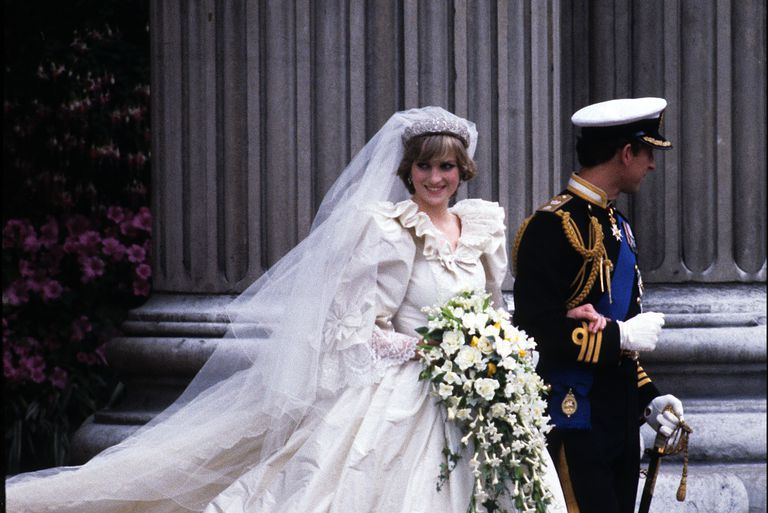 Instead of a wedding tiara from the royal vault, Princess Diana famously wore an heirloom from her family atop her head for her wedding to Prince Charles. The beautiful headpiece is made of a collection of family jewelry (a common tradition with heirloom tiaras). 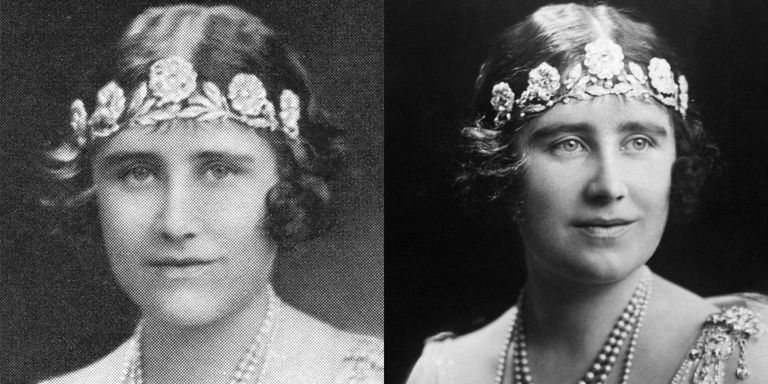 Made in the 19th century, The Strathmore Rose Tiara was given to Queen Elizabeth by her parents as a wedding present. It was then gifted to her daughter Queen Elizabeth II. Unlike most royal tiaras, this one has yet to make a modern-day appearance – perhaps Meghan will make this happen?! Florals are very in! 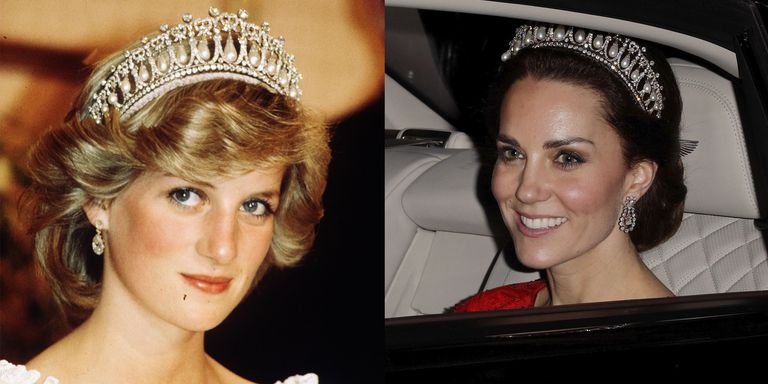 Princess Diana loved this tiara and most recently Kate, Duchess of Cambridge, was seen wearing it beautifully. Before making its way to Diana it belonged to Queen Elizabeth II who received it from her grandmother Queen Mary. The Cambridge Lover’s Knot Tiara was made by Garrard, but Marie Claire reports that it is actually a replica of a much older tiara which was made for Queen Mary’s grandmother, Princess Augusta of Hesse, the Duchess of Cambridge. 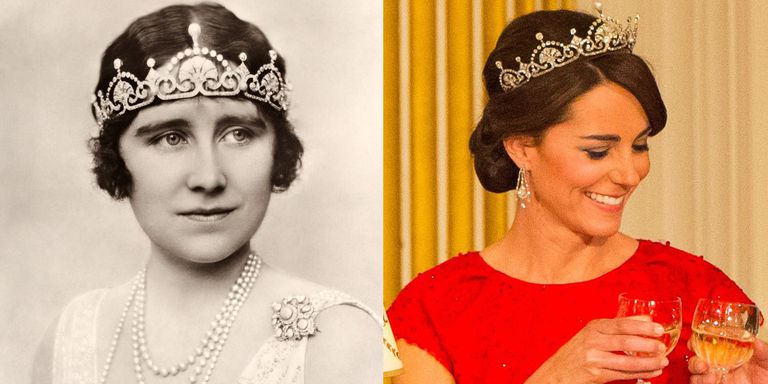 Currently part of the Duchess of Cambridge’s wardrobe, The Lotus Flower Tiara originally belonged to Queen Elizabeth. Made from a necklace gifted to the Queen Mother by her husband, we would love to see Meghan wear this stylish tiara one day! 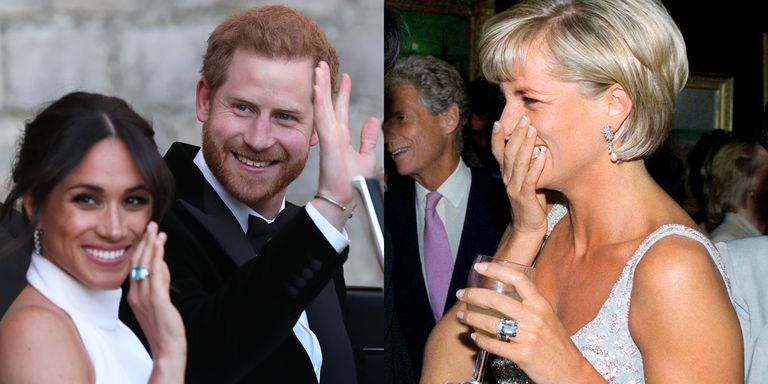 Although this article has focused primarily on our love for royal tiaras, we just had to add how much we loved Meghan’s ode to Diana in her post-wedding outfit. The new Duchess of Sussex stepped out with Prince Harry after their royal wedding in a timeless custom white Stella McCartney evening gown with Princess Diana’s Aquamarine ring on her right hand.
As she waved to photographers from the silver-blue Jaguar E-Type Concept Zero that Harry drove to their evening reception the spectacular ring glistened and reminded people around the world of Diana.
The giant emerald-cut ring was first worn by Princess Diana in 1997 to a Christie’s auction of her own clothes. The ring is part of a set which also includes an aquamarine bracelet connected by five strings of pearls. In 1996 she wore both to a gala dinner in Australia.

Enamored by Meghan and the British royal family as much as us? Check out these articles too!