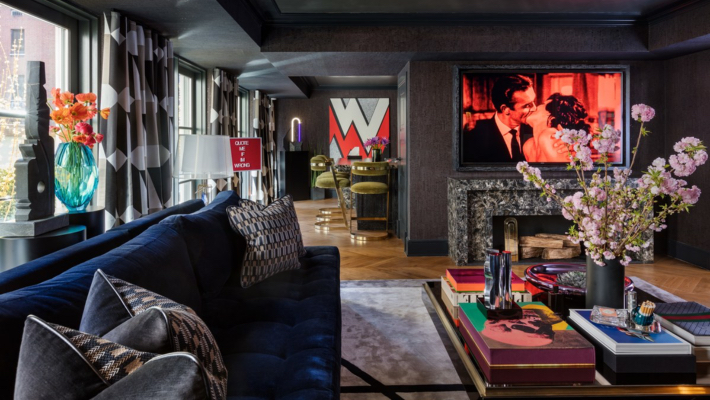 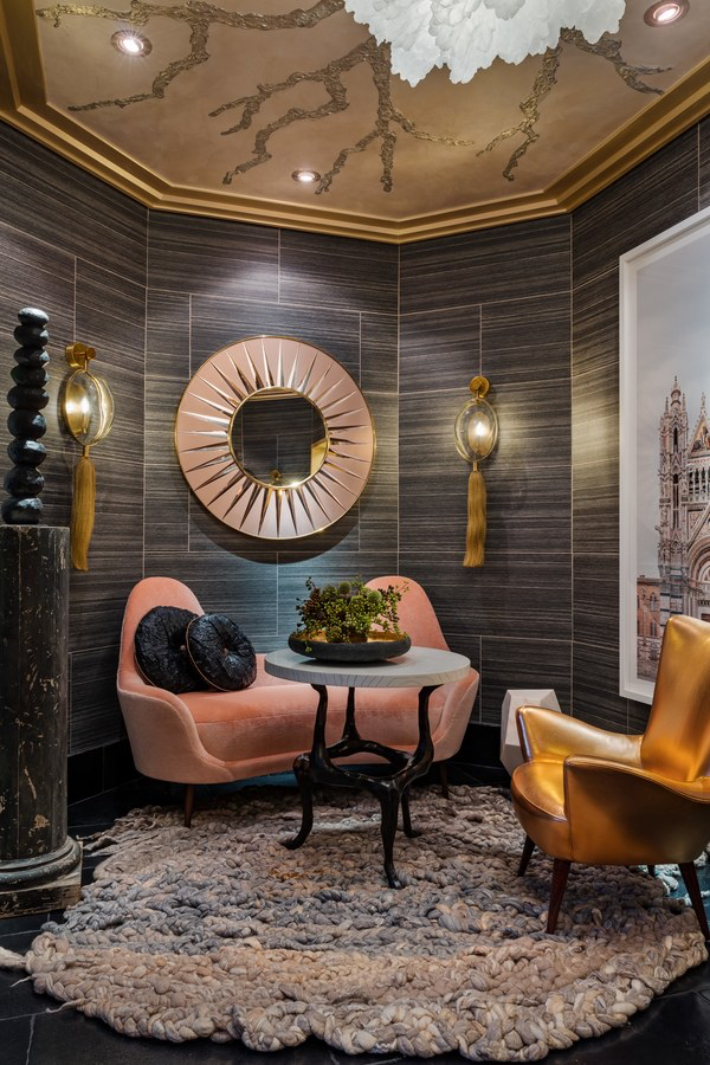 Stefan Steil’s involvement in the design world emerged from his love of fashion. The Germany native is an award-winning master craftsman in tailoring and pattern making, inspiring his propensity for interior design and informing his understanding of volume, scale, color, and texture. Established in 2012, Steilish Interiors and Architecture attracts is renowned for crafting chic, stylish spaces. 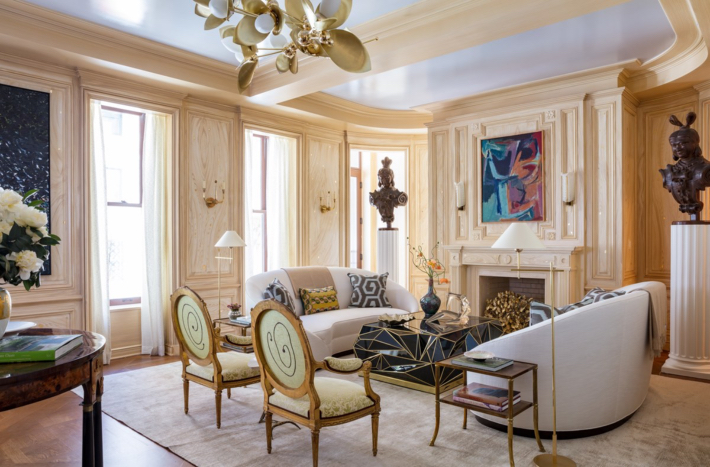 Bunny Williams Interior Design has flourished for three decades, celebrated for balancing sophisticated beauty and warm, functional appeal. The firm is championed as an industry leader, vastly recognized for long-lasting, valued clientele relationships and refined expertise. A member of AD Hall of Fame, Elle Decor A-List, Interior Design magazine Hall of Fame and has served as the Chair of the Kips Bay Boys & Girls Club Decorator Show House since 2012, Bunny Williams is a total visionary. 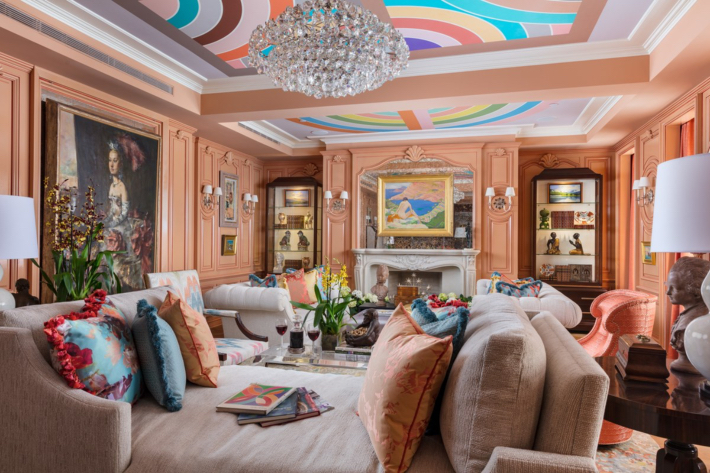 Barbara Ostrom is a name to reckoned with, widely known for crafting classic interiors with eclectic flare. Barbara’s ability to transform an ordinary room into a vivacious masterpiece is depicted brilliantly through her her eye for beautiful colors and unique objects.  Her expertise in the design of classical moldings and architectural woodworking allows her to transform plain, new construction into a timeless classic. The designer is sought after by notable clients such as the late President and Mrs. Richard Nixon, Michael Strahan, and Russel Simmons, just to name a few. 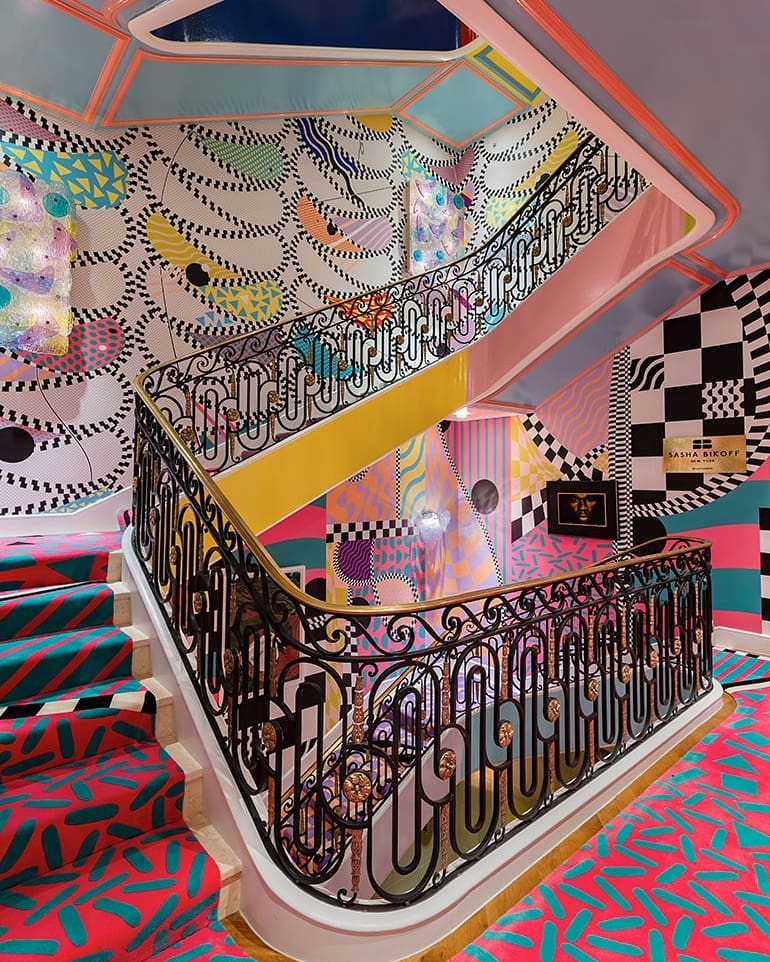 The New York born interior designer is known for her composed understanding of design, faultless execution, and technical expertise sculpted from her vast worldly adventures and experiences. Sasha Bikoff ’s style is inspired by the diverse flavors of her hometown, New York City, and from her explorations around the world. She emerged in the design world at Chelsea’s Gagosian Gallery, where she worked for three years before establishing her own interior design firm, Sasha Bikoff Interior Design. Sasha’s impressive knack for design has labeled her the ‘interior designer for the young & wealthy’ by the New York Times and the “go-to decorator for Manhattan’s well-heeled millennial set” by the New York Post. 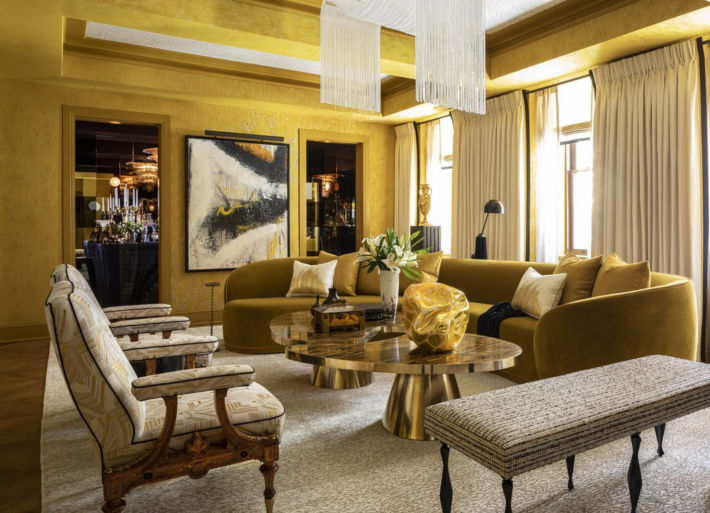 Led by award-winning designers Jamie Drake and Caleb Anderson, Drake/Anderson crafts elegant, luxury interiors that always have a hint of surprise. Vivacious eclecticism is the trademark of the New York-based firm, whose work perfectly conveys contemporary timelessness.  Drake and Anderson combine their separate takes on glamour, curation, and sophistication to stand in a range of luxurious residential and commercial projects.

Related Article
It’s All About the Exceptional Jamie Drake 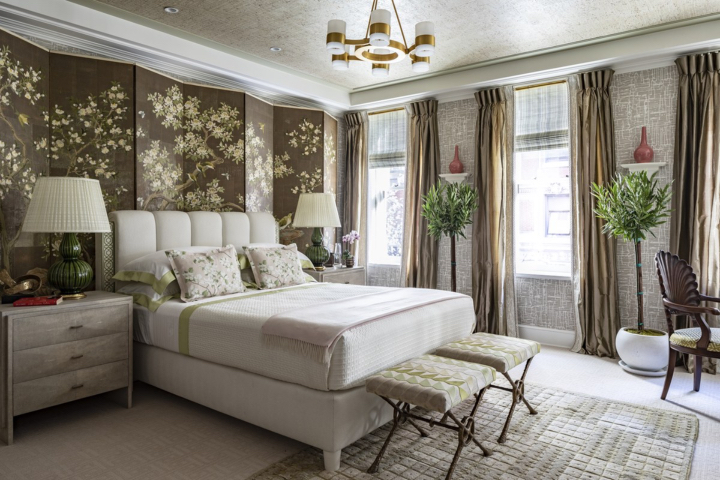 Long Island NY native, Brian del Toro, is among the most prestigious interior designers in New York city. His work reflects his time spent in Florence, Italy, and Oxford, England, combining European chic and his Long Island roots. Sought after by esteemed clients throughout the world, his notable work has appeared in various respected publications and books. He has previously participated in both the Kips Bay portraying his passion for design that does not go unnoticed. 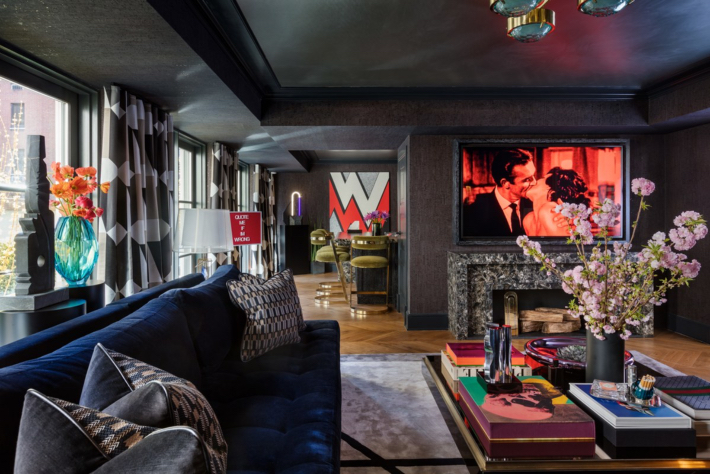 Established in 2013 following a successful career in real estate, B.A. Torrey is a New York City based interior design firm that aims to craft private residential and corporate commissions.  Born and raised on a ranch in Dodge City, Kansas, this cowboy at heart couples his rustic roots with a Manhattan essence. Recent and current projects include private homes in London, Beverly Hills, New York City, The Hamptons, and designing the Brooklyn Nets player’s lounge furnishings and layout at both The Barclays Center and The Official Brooklyn Nets Training Center. 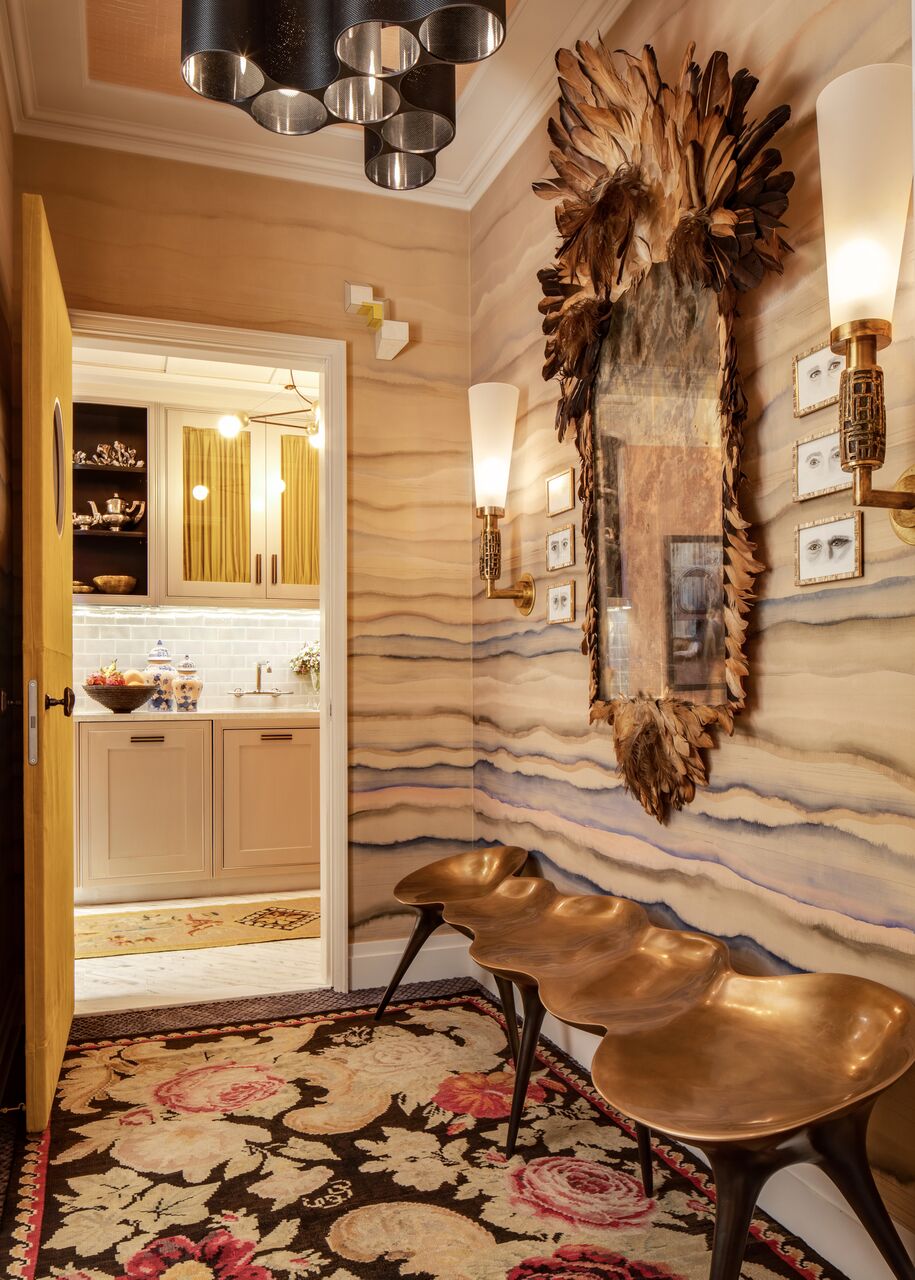 Wesley Moon creates fabulous spaces that represent the essence of the client, coupled with his magnificent expertise. Livablity and functionality are important for the designer, renowned for his strong capacity to design for his clients’ needs and preferences, reflecting a necessary level of comfort. The combined effect of his architect’s sensibility and Wesley’s passion for design, decoration, and detail, guarantees that each project is completely unique and custom-designed on an individual basis.

This Colombia born interior designer is one of the most acclaimed and prolific interior designers around the world. His work demonstrates his passion for different cultures and his experiences working in Paris and Milan. A truly original thinker, Juan Montoya is not committed to a particular style or period. Initially considered a minimalist, his work has evolved dramatically since he first came to the public’s attention. The vast diversity found in Juan Montoya’s work nevertheless, it is possible to trace elements that constitute the Montoya look in all his interiors. 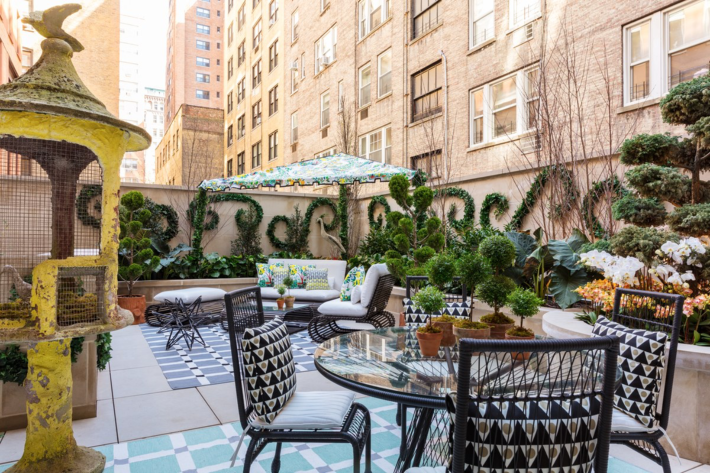 Nievera Williams Design is one of the foremost landscape architecture firms in the country. Mario Nievera and his partner Keith Williams design and develop diverse landscapes for residential estates, community parks, and corporate and institutional properties, both nationally and overseas. The work is highly regarded in many national and international design publications, and his firm has earned many awards and recognitions for their extraordinary work.