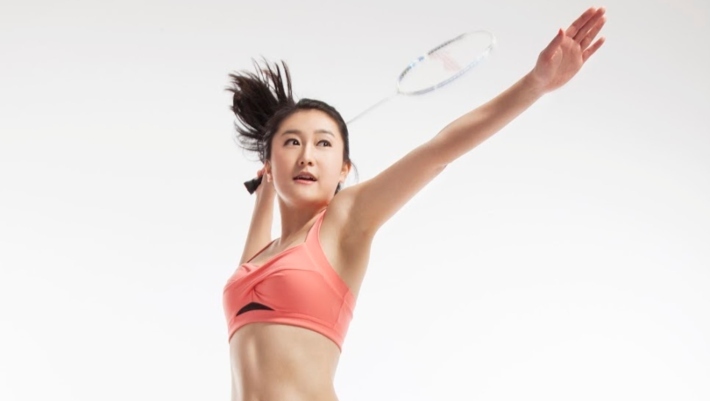 Seeing the Hidden Opportunities in Every Circumstance

If you live in a big city like New York, taking a cab is commonplace. No matter where you are in the world, most cabs are the same—questionable smells; a driver who’s either over-friendly, not friendly enough, or pretends to be mute; and some kind of ad or propaganda that we’ve all trained our minds to ignore nowadays.
But it was in a common taxi in Shanghai, looking at such ads, that producer and host, Xenia Zhang of Green Pepper and Red Pepper Food and Travel TV Show, found an opportunity.
Global Girl Boss Xenia is fun, quirky, and has a palpable energy to her that you can feel both in person and from her TV show persona. It’s so easy to like her straightaway, as she’s able to build nearly instant rapport from years of traveling and meeting new people.

After majoring in Engineering at a university in England, Xenia came back to Shanghai, China, and went to the Shanghai Drama School where she took courses to continue her education and have a certification to hopefully become a music TV host.
The Internet 10 years ago was so different, Xenia explained—not like today. Everything was traditional, so to do a professional TV show and be a presenter, she needed a course. She wanted to work for MTV initially or something similar and did a competition for Channel V, making it to the top 6, but only the top 1 and 2 were accepted, with the top person being contracted. Still, Xenia thought that she could be a music TV show presenter.
Little did she know that everything was about to change.
So it was in a taxi about a decade ago that this global girl boss had a life-changing epiphany. Around 2007, the first 4000 JingJiang taxis were equipped with small TV screens that only played advertisements. It was a new technology for China back then, and Xenia had never seen it before—in China or anywhere else. She realized there were only commercials on the taxi TVs and no content. She called them and said: “What if I had a food show I could put on your TVs?” And they said: “Sure, send us a sample and we’ll see.”

Xenia put a sample together with some professional camera people and had help from her best friend, Lulu. Lulu’s family, at that time, had an awesome spicy restaurant in Shanghai, where Xenia filmed her first show ever. It was many firsts, as it was also the first restaurant (but not the last!) that she filmed in. Using all the money she had in her pocket (only RMB 4000!), Xenia then sent it to the TV company (which was an outdoor media company). They liked it a lot and aired her new food show on all their taxi TVs!
Initially, the show played on 4000 taxis in Shanghai, Shanghai being the first city that had this type of media inside their taxis. Years later, Beijing, Hangzhou, Qingdao, Shenzhen, Guangzhou, and Hong Kong all had screens inside of their taxis.
And that’s how Xenia started her food show—something she never even intended to do, but is now her career and passion.
Since 2008, it has always been a show about food. But in 2014, Xenia and her crew went to Europe for the first time as a show and filmed in Sweden. That’s when the show changed to a gourmet food and travel series. And since then, the show has grown and done more “interesting things” as Xenia puts it. Still, there’s an aim to showcase the best of their travels for the show’s viewers, hence the emphasis on gourmet food and travel.

During the past few seasons, the crew has interviewed various celebrities and luxury brand authorities, gone to numerous museums and famous landmarks, and even attended Fashion Week—though they didn’t film it—and interviewed designers.
Now, after doing the show for ten years, the crew feels that it’s their duty to not just show people gourmet food, but to expose viewers to different cultures and show them what this world has to offer—even showing different values of cultures.

For example, in Sweden, they divide their garbage and categorize it, and have become very efficient with waste collection. This is still something of a foreign concept to many Mainland Chinese people, who are the majority of the show’s viewers. Xenia feels compelled to expose her people and her culture to different things they may have never thought of or seen—just like how she saw an opportunity to showcase content in a taxi TV over ten years ago.
Through her travels and her show, her eyes have become so opened to the fact that everyone is different. And now with more Chinese people traveling, Green Pepper and Red Pepper shows more holistic and meaningful things for those who are watching the show and even want to visit the places from various episodes. Xenia, as the host, is like a cute, quirky, Chinese version of Rick Steeves and is bringing more awareness to Chinese travelers in each episode.
In fact, the show downright inspires its viewers, as one wrote in the video comments: “Your show is so inspiring, I decided to be chef!” This was after an episode aired that was about Taiwan.

When Xenia interviews chefs, she approaches them as artists, because to her, they are. She says they are special and perhaps even more important than celebrities. According to her philosophy, the talent that chefs have with food—taking something from nature, from the Earth, and turning it into edible art—is the most amazing and miraculous thing. Therefore, the aim in highlighting gourmet food and chefs as part of the show is to help the viewers gain more respect for chefs and the food art they’re creating.
Xenia is not just a TV show host and producer; she’s also a published author. She’s written numerous articles about travel, and even has a book about Taiwan and its amazing flavors and food. Through the show, her articles, and her book, she’s found that people really resonate with the concept of food and travel and are active participants in the work that she and her crew do. Fans of her book have written in and shared their favorite parts of the book, which, to Xenia, shows that her work not only engages her audience, but perhaps even changes their lives. 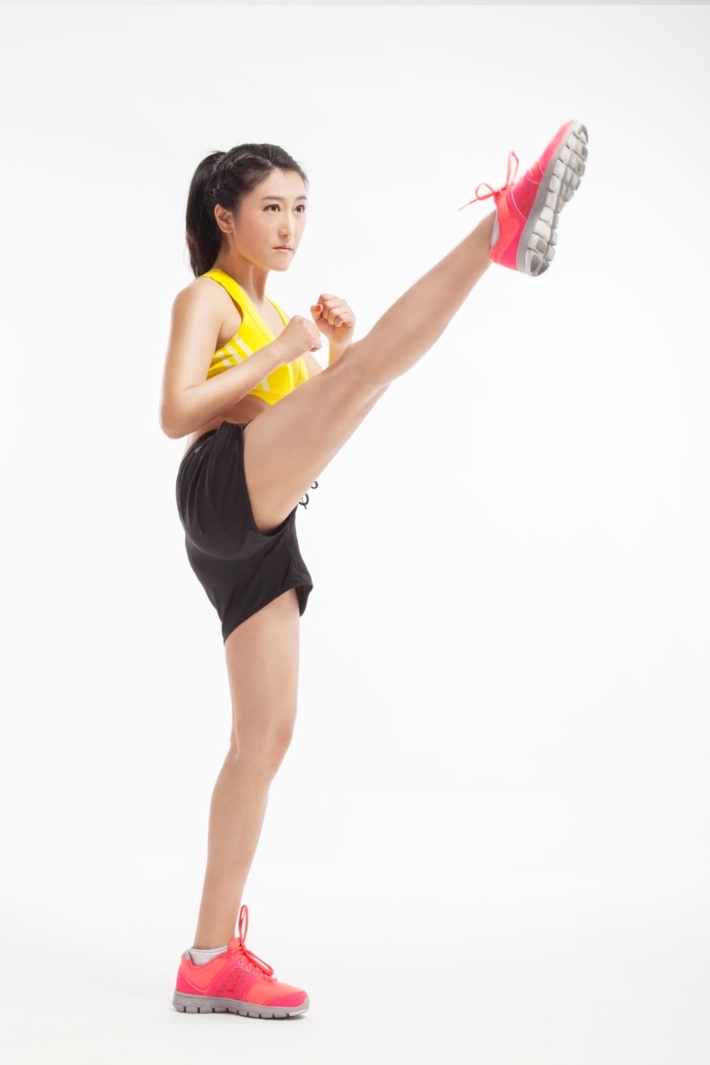 Maybe some people who watch the show, for example, are scared to travel to other countries if they’ve never done so before. Once they see Green Pepper and Red Pepper Travel TV show and see how friendly people from other cultures are, they gain confidence to venture into this great big and beautiful world and book their first trip to a foreign country. For Xenia, this is the most meaningful part of what she and her crew do.
Xenia is a rare gem who is quite fearless and has always been a go-getter—definitely a trait of a Girl Boss. In fact, she’s so courageous that she was able to land her very first job while studying in England in university at the House of Fraser. No Chinese restaurants for her! This lady boss knew even back then that if she wanted something to happen, she had to go for it.

If you don’t take risks anymore, you basically stop living.

For this girl boss, she’s willing to take risks and live her life while bringing joy to others with her fun and outgoing personality. She also thanks her parents for always giving her space to be herself and pursue her interests. As well, studying abroad at a young age helped Xenia to achieve her goals, having learned how to figure things out and be bold.

Initially, Xenia never aimed to make the TV show her career, but her big risk paid off. And now, 10 years later, she’s still hosting and growing her show. She and the show’s crew were all going through the tough times the global economy faced in 2009, which is when they decided to focus more on the show and make it better while finding sponsors. One of their first sponsors was Coca Cola—and the rest is history.
So what’s the future of the show? Simply put, it’s about helping people in China gain cultural appreciation in regards to travel rather than just eating or being funny or finding great places to shop. And also bringing travel to those who can’t go or may be too old to do so. Xenia will continue the show’s quest of bringing the best of gourmet food and travel to viewers to keep a high caliber of places and people showcased, while still keeping a relevancy in everything. 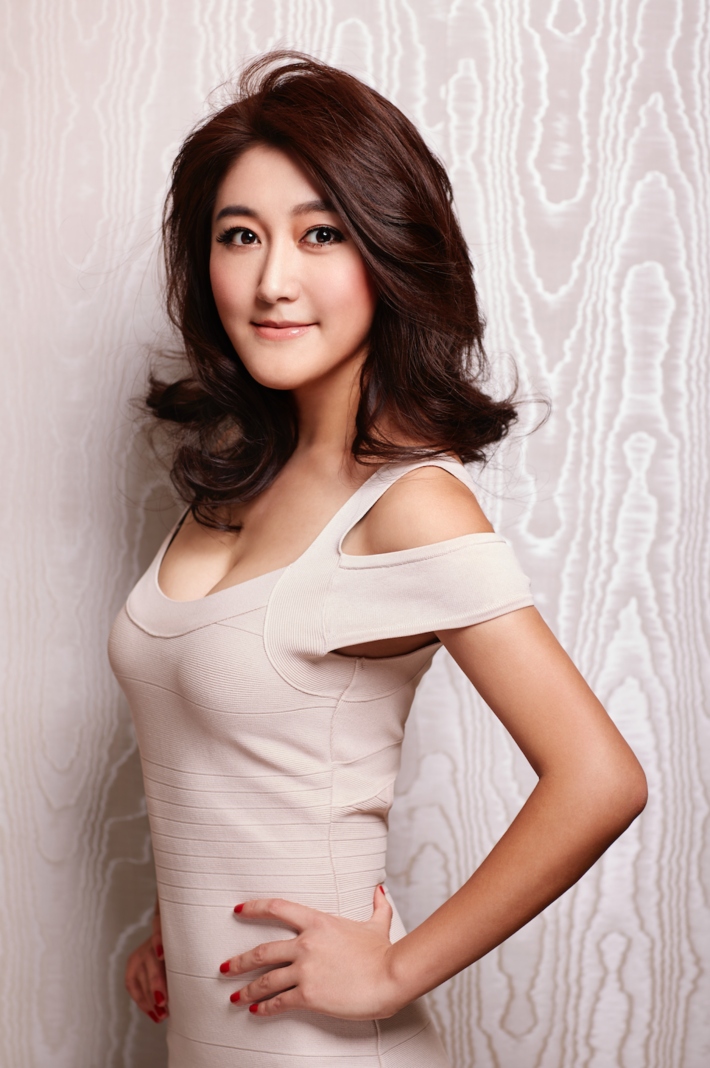 The show has already filmed 7 of the Top 10 Happiest Countries in the world, with just 3 more to go. The reason for doing this series in the show is to get people to think after they watch the show:

What is the definition of happiness to me?

Furthermore, the future of the show will include more art, topics about education (now that each family in China can have 2 children, education is a very popular topic), environmental protection, charities, and many more meaningful subjects. As a Gourmet and Traveler Influencer in China, Xenia feels it’s her job to use her power and influence for social responsibility. To her, it’s not about getting rich and famous; she deeply hopes that all the KOLs in China will also have a sense of social responsibility, and use their power to make China, their home country, a better place.
Finally, Xenia’s best advice for future and current Girl Bosses is to create your own dream job—figure out what you really like to do . . . something that you’re really good at—and take risks. You must try, she argues, because you are more talented than you think. It sounds perhaps a bit The Alchemist-y, but Xenia is a perfect example of the magic that happens when we surrender to the flow of life and go big or go home.
Or . . . when you go on your next travel adventure. Who knows? Everything in your life could change in just one cab ride.
Learn more about the show and watch previous episodes and seasons (English subtitles) at www.greenpepperandredpepper.com
And watch the show on YouTube here, with a highlight of Xenia here!

Be inspired by more empowering women at Love Happens!

All Photos Courtesy of Xenia Zhang

Tamar Hela is a California girl but currently lives in Shanghai, China, planning world domination one day at a time. She’s the Queen of How-To for STICKY STEPS, a digital education company that teaches young professionals essential skills for the workplace. Her latest project is HELAhealth, where she aspires to connect travelers and expats to natural and alternative health options in Asia. And as if that’s not enough, she also moonlights as a freelance editor and writer (with 40 edited novels under her belt and 3 published works of her own), loves traveling and reading, and runs natural health and creative workshops in Shanghai. Find her at WWW.TAMARHELA.COM.