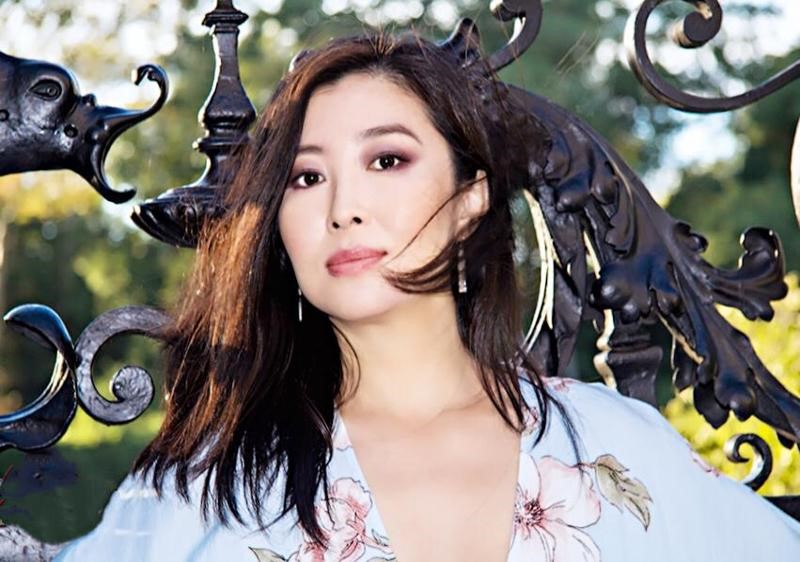 Love Happens met Caterina Han in early 2018 and is delighted to share her story and mission as told in this article written by Joseph Fraia, Chief Editor of Livein Magazine.

Today we want to share a very important but controversial topic that, unfortunately, does not get mainstream attention as it should. It is about women’s current situation and perspective in contemporary China. We met Caterina Han, originally from Beijing, a New Yorker for almost a decade who has decided to be silent no more and step up to have her voice finally heard. Read on to learn all about Caterina’s passion project to combat the term “Leftover Women”, a terribly derogatory term bestowed upon unmarried Asian women over age 30, and to advocate for the millions of other women, like her, who do not accept this injustice deep in their hearts and yet feel helpless.

Caterina earned her Bachelor degree in Business Administration in Sydney, Australia, then returned to her hometown Beijing where she spent 8 years working for the U.N. and foreign diplomatic missions in China. During her years in China, she also developed a rigorous yoga practice, trained as a yoga instructor and opened her yoga studio in the busy CBD Beijing.

She then left China to move to the US to attend graduate school. After finishing school, she tried to inspire her professional life – focused on Real Estate – by looking at the example of successful creative entrepreneurs in order to make an impact and try to change the game by connecting local real estate practices and overseas buyers. Working in real estate in the Capital of the world brought her to an incredible platform and allowed her to work with some of the best and most prominent real estate personalities in the country.

While in America, she started to observe and reflect on how Western women portray themselves and the continuous and committed effort of claiming their status and rights, not only on mainstream media but in daily life as well.

She started focusing her attention on two very different phenomena she thinks are somehow related. On one side, the recent #MeToo and Time’s Up movements have reminded her how women in Western countries have been fighting and protesting (sometimes in very loud and harsh ways, like marches and rallies) for their rights and the recognition of their distinctive role in family, society, and work.

On the other side, she has always been fascinated by Western women esthetic, very often driven in a way to empower confidence and beauty, but also to boost sensuality and power. And, despite the large diversity and “melting pot” existing in America, and in particular, in New York City, she firmly states the total lack of this presence or such a portrayal about Asian women, especially Chinese, or of mature age.

Then the question arises spontaneously: why don’t we see any Asian/Chinese mature woman as influential figures on TV shows, films, billboards, commercials, and print magazines? What makes them excluded in US mainstream rhetoric, in the city which embraces diversity?

And if the situation is this bad in America, in China the status of unmarried women over age thirty, the so-called “Leftover Women”, who are actually a very strong component of Chinese contemporary economy and society, is even much more spread and deep. Caterina reports, citing multiple studies and surveys, the phenomenon finds its roots in Chinese gender relations under the society’s overall structural framework shaped by deep-rooted social norms, cultural beliefs and system of values.

As a matter of fact, in China women who are not married before they are 28-30 years old, no matter their social/economic/educational background or situation, are labeled literally as “Leftover Women”, and – shockingly – nobody questions this categorization and the status-quo, not even the victimized women directly involved. This issue is perceived as just a fact, an inevitable occurrence for those “guilty” of not settling at the age set by tradition and society’s standard. This opinion is rooted so deeply and firmly in people’s mind, that not only does nobody think how insulting and offensive this labeling is, but the topic is often the punch-line in popular jokes and the subject of sarcasm and irony against – again – often young, well educated pretty girls.

Unfortunately, the “Leftover Women” themselves do not object to this situation, embarrassed to discuss the topic, and are resigned to find a way to live along with it. For Caterina, witnessing the way Western women stand for themselves and fight for what they believe in, made her decide to not be silent anymore and speak out for a change, to reject the insulting label of “Leftover”. Caterina knows that there are millions of other women, like her, who do not accept this injustice deep in their hearts and yet feel helpless. The lack of initiatives, role models, and advocacy convinced Caterina to take action and to not wait any longer to see a change for good, embracing the old saying “be the change you want to see in the world”.

Time’s Up to Rise and Shine

Once this scenario became clear to her she made up her mind and the path in front of her looks now crystal clear. Her purpose in life is to make a difference, make an impact in people’s lives, and in order to do this she started building and promoting her career and image simply as any other confident qualified solid Western woman would do! Hence, she has launched Caterina Han’s passion project – Time’s Up to Rise and Shine.

In order to reach out to mainstream media and make a direct impact, she realized that the best way to make a difference is to rise as Brand Ambassador and testimonial for major lifestyle companies and brands (fashion, wellness, travel, hospitality), and so become an example and a role model. And with a specific business purpose in mind, i.e. Chinese buyers have become key to the global luxury market, whether it’s real estate, fashion or overseas travel, especially women, who are the biggest shoppers in the US. Caterina wants to help businesses and media to reach out to this very important demographic of the market.

Along with the Brand Ambassador and testimonial activity, Caterina is pursuing a modeling career, an acting career (she was already in a movie awarded at SXSW in 2017), and a writing career: indeed, she is working on a book about this project, to empower Asian/Chinese women to come out, to raise their voice, and reach their highest potential in life.

Caterina’s initiative anticipated by a few months the huge cultural wave and pop phenomenon represented by the movie Crazy Rich Asians: the first major studio production by Hollywood featuring an exclusively Asian cast after the movie “The Joy Luck Club” over 25 years ago. We all know now that Crazy Rich Asians has broken many records, in terms of box office sales, global distribution and fanbase. The release of this feature film has set so many records in so many different ways!

Many people went to see the movie multiple times, some organized multiple group viewings, many others bought tickets for their family and friends to push them to go and see the movie: the event immediately became a pop-culture milestone in contemporary history, demolishing many stereotypes and clichés at once, swiping skepticism and naysayers, and surprising the world with stunning numbers of success.

For the first time, the Asian-American community could prove to themselves and everybody else that a well-made movie, well directed, with a talented cast and a mature, engaging story is a recipe for success no matter what the ethnicity of the cast is or where the locations are.

When a story contains universal values and moral and it’s portrayed with genuine dedication, passion, and professionalism, everybody can relate to that story, no matter the color of the skin of the actors.

Also, even if the main plot of the movie is about the love story of the most contented bachelor in Asia, the story actually features and focuses on the lives, fates, and destinies of a diverse group of women with different cultural, economic and social background. They are the real protagonist of the story, and they are portrayed by an extraordinary talented transgenerational cast of Asian actresses.

The women presented in the movie are representatives of the current, heavily under-exposed and sit on, role of Asian, and especially Chinese women in contemporary China: a constantly increasing number of them, are doing extremely well financially (as CEOs and entrepreneurs), and they’re the driving force of global luxury goods consumption. However, these Chinese women are faceless, invisible, not represented. Their stories of success or struggle are not told in western media nor by most, if not almost all, brands and fashion who echo women empowerment.

Caterina Han’s drive and determination to represent this demographic group of so-called “leftover women”, by sharing her story and empowering women who are overlooked and feel hopeless, will be the very first time a member of the Chinese community, a woman who is part of the successful group of female influencers and entrepreneurs in action, a positive inspiring example of a woman, has decided to break the veil of hypocrisy and bigotry and finally speak out to defend her choices and support anybody else who is willing to live life the same way: by her own decisions to live life fully and gracefully, not influenced by society or other people’s opinions.

The major significance and the high potential of Caterina’s project have already received important recognition from a few fashion houses, brands, and media outlets that reached out to her in order to collaborate addressing the long-overlooked diminishing and unfair consideration suffered by Asian women.

As the influence of Millennials’ cultural and social features increases on contemporary society and economy, the importance for businesses and brands to join and support positive and constructive causes, to be ethical companies and to be effectively impactful in areas they feel continuity with theirs, or their customers or employees, values and principles, has reached a primary importance.

On top of these trends, it must be also considered the importance and influence of social media, especially the visual ones like Instagram and Snapchat, which have the practical capability of giving instant global resonance to messages followers decide to share.

The above two factors combined give an idea of the magnitude and extension of marketing or advertising campaigns propelled by the mission embodied by Caterina Han because of her unique background: a Chinese born woman with an international education background who is also a genuine New Yorker and an adult, sexy, sassy, inspiring testimonial.

So, stay tuned and do not miss the next revolutionary step in women empowerment.