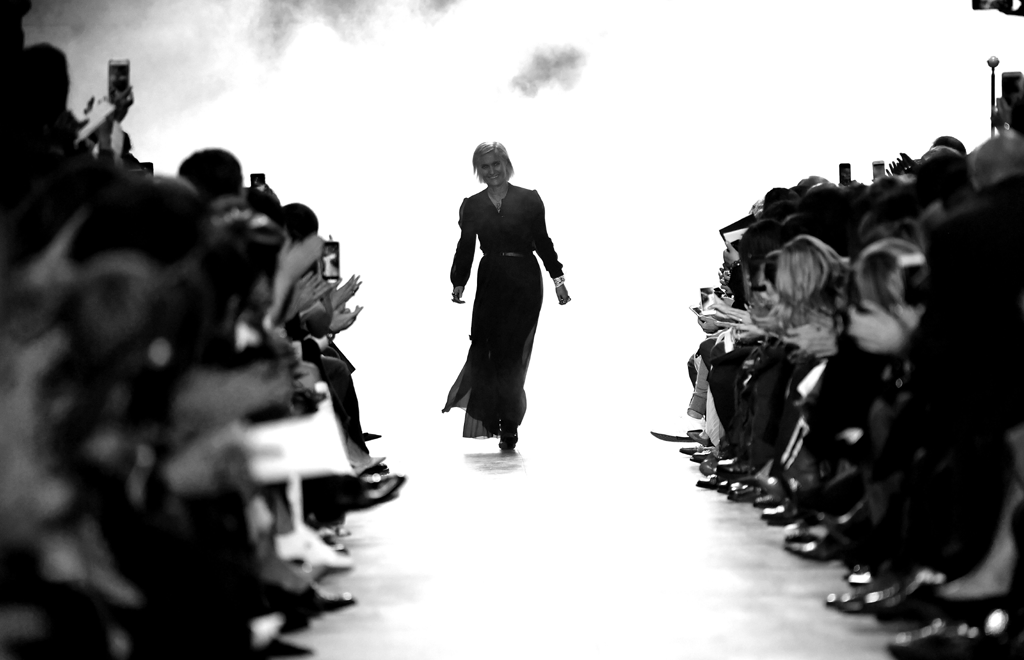 Since its inception in 1947, the Christian Dior brand has flourished as one of the most famous and highly-regarded fashion houses in the world. The Haute Couture Label revolutionized the meaning of elegant style, pairing classism and modernity to create striking yet feminine designs.

For over 70 years, the fashion company has proved transformative, pioneering a chic, timeless look that continues to entrance us with each inspiring collection. The house made headlines in July of 2016, naming Maria Grazia Chiuri as the first ever female artistic director in Dior’s seven decades of male leadership. In two short years, the former Valentino co-creative director has already made an incredible impact on the fashion house, using the runway as a platform to spread messages of women empowerment, feminism, and the arts.

I love flowers. I have flowers everywhere at home. I can make a beautiful dress with flowers. But women are not as simple as flowers. Women are much more.

Born in Italy in 1964, much of her childhood was spent around the dinner table discussing women’s rights, specifically the right to choose and the right to divorce. Equality was the norm in her family; her mother worked as a seamstress and was a firm believer in equal opportunity, raising her daughter to love herself, empower women, and strive for equality in a world predominantly led by men.

The 53-year-old artistic director began her career at Fendi in 1989, where she and her design partner Pierpaolo Piccioli launched the Baguette, vastly regarded as the world’s first It Bag. Later, at Valentino, Maria Grazia Chiuri was the creative force behind the Rockstud bag and shoes that drove the luxury brand towards imminent success. Now, Maria continues to flourish at Dior.

Maria Grazia Chiuri’s efforts are inspiring, using her new role to convey her vision of the present-day Dior woman, one that may still don ball gowns and stilettos on occasional evenings, but for day prefers long-sleeved shirts, boyfriend jeans and a pair of easy walking flats,  flaunting a cross-body bag slung across one shoulder.

Her vision encompasses the modern woman’s desire to dress it up, or dress it down, creating trendy ensembles that complement the lifestyle of a contemporary woman. For Maria Grazia Chiuri, the idea that each woman is unique, special, and different is both personal and political. More often than not, the fashion industry tends to appeal to a single, stick-thin body type. Maria hopes to change that during her time at Dior, creating pieces that are wearable by every woman.

Be Inspired by More Empowered Women at Love Happens!