Empowering Women to Take Control of their Finances and to Own Their Worth: Meet Alli McCartney & UBS Alignment Partners 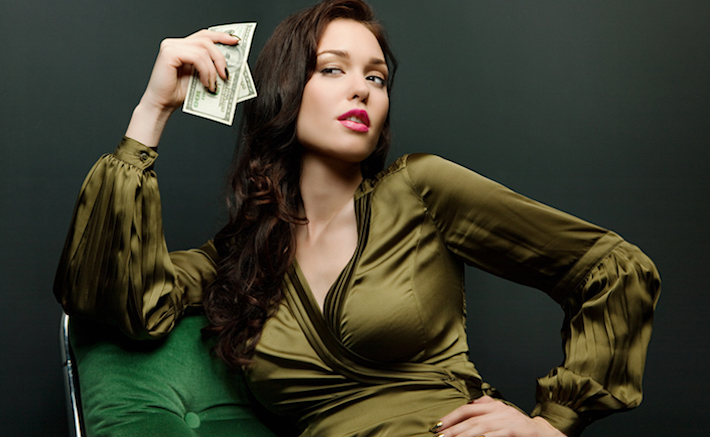 The divorce rate in the US is falling. That’s the “good” news, due in large part to millennials’ evolved views of marriage, as well as their “realistic” expectations. This also means that the majority of divorces look different than our mothers’ and aunts’ and grandmothers’ did.  It looks and feels so different, that it is changing the gender of this country’s collective balance sheet. And spurring off new terminology like “silver-haired divorce” and “grey divorce”. The average divorcee today is older. She has been married for years, likely decades. She may have grown children, she may have grandchildren. In many cases, as a result, she and her partner have accumulated wealth and retirement savings; both require careful attention to ensure longevity.

That’s Where Alli McCartney and Her Team come in

As a “feminist” journalist and member of a large social circle of fabulous women, Alli McCartney piqued my curiosity last year when I had the great pleasure of hearing her speak at The Women in Luxury Conference in New York.  Alli McCartney, Managing Director of Alignment Partners, is a Financial Advisor in Private Wealth Management at UBS Financial Services in New York City. She gave a powerful presentation on the importance of women owning their own wealth and financial well-being. Presenting not only the data but highlighting the imperative.

I was instantly taken with Alli’s passion and knowledge of the space. And compelled by the myriad intimate examples she provided. Alli’s new message represents a unique voice in the complicated world of finance. Recognizing that she is not your typical ordinary financial advisor—I was beyond intrigued. She and her team have developed a truly specialized niche, so much so that I needed to share.

So I reached out to Alli. I wanted to know the genesis for her interest in this specialty. And additionally, what compelled her to want to educate others. Alli uses the words “preaching” or “proselytizing” when she talks about offering women of all ages support and encouragement on the responsibility they have with regard to their balance sheet, large or small. “Finding a niche working with recently divorced/newly financially empowered women has thrust me into the most satisfying years of my career. The relationships and the impact are real and run deep. The effect on a woman’s life and her confidence – tangible. In a business that is increasingly saturated and marginalized by endless products and increased competition, this part of my practice allows me and my team to create real impact and to feel uniquely fulfilled.”

She went on to say, “Every single time I meet with a woman on the verge of taking control of her financial well-being because of a life or family change, I begin by asking her to describe to me how she is feeling—what keeps her awake at night? What does she ruminate about that sparked her to come to see me? What brings her joy? How/where does she feel most powerful? One thing I have learned with all my clients—money is emotional. Having it is scary. Not having it is terrifying. Not knowing if you have it can be paralyzing. In each case, the words women use are the same: “fear, anxiety, confusion.” Sometimes even “shame”. Therefore, although my long-term “job” is to create a sustainable, optimized investment portfolio for each client’s unique capital needs. My short and midterm goal is to make sure she feels taken care of, understood. I want to see the vulnerability she walked in my door wearing begin to morph into passion, strength—into opportunity. Our job is to provide a safe place in which that evolution can occur.”

Though at times Alli’s descriptions sound more like a therapist’s work than a financial advisor’s, in the case of such emotionally-driven life changes—Alli insists that listening is key and “genuine caring and support” is essential.

The secret ingredient to Alli’s special sauce is her team. She explained that each team member is carefully selected “because of his/her combination of empathy, analytic intelligence, and attention to detail. My service model and value proposition are very custom. We navigate each situation with precision, warmth, and thoughtfulness. What’s glaringly missing? Judgment, condescension and Wallstreet lingo.”

In order to garner a more in-depth understanding of Alli’s team and their special niche, I spoke with one of her partners, Senior Vice President at Alignment Partners, David Wardrop. His calm and kind demeanor immediately sets him apart from ordinary financial advisors. Alli’s email introduction to David seemed to sum him up perfectly!

“David is the backbone not only of our investment process and day to day management. But is an empathetic, intuitive investor and quite simply, a lovely and multi-faceted individual! If I am being honest, I think he appeals more to many of our clients who are not sophisticated financial practitioners than I do! Clients are drawn to his measured pace, calmness, and demeanor. David will literally spend hours, weeks, months making sure that clients are comfortable with what they own. How it is invested. And what the levers are that could change his/her financial situation for the better or the worse. He is never frustrated or rattled. And his ability to empower and build trust with clients is beyond exceptional. David defines that safe place.”

When I did speak with David we discussed lots (stay tuned for future articles to come!), but here I will just focus on his thoughts about Alli and the niche she has established.  He too feels passionate about the specificity of their niche. A key ingredient to their work, explained David, is the power and freedom inherent in financial education. He believes this component to be essential. Especially when working with recently divorced/newly financially empowered women, who often have often been excluded from conversations and relationships surrounding money and planning. He explained how rewarding this is for him and Alli, as well as the entire team.

A Testimony in the Light of Stressful Times

Alli McCartney and David Wardrop can preach, but there is no better way to truly understand the value of an empathetic, customized orientation to financial advisory services, than from a client’s mouth.  Alli introduced me to one of her newest clients.

A newly divorced, wickedly intelligent, mother of two, Amy managed the family, the home and the daily in and outflows of cash—but the bulk of the long term financial management was her husband’s “chore,” as, Alli highlights, is often the case. Amy and her husband met as peers in their mutually chosen industry in their twenties. After the birth of their first daughter, the couple decided together that she would give up her career so she could focus on the myriad demands of their growing family. So when Amy and her husband decided to divorce she knew she needed her own financial advisor—someone squarely on her side, building around what was ahead, not what lay behind. And she had one major requirement—she wanted to work with a woman.

This is not uncommon; Alli explains, “in my experience, the overwhelming majority of women going through the death of a spouse or divorce want to work with a woman. They want to feel safe, heard and NOT judged. Often they want a fresh start, a clean slate.”

In Amy’s case, her desire to work with a woman was not only for the reasons Alli highlights but an even more personal one. Given her own journey, she felt the desire to support and champion her fellow females—to put her money behind her convictions and demonstrate to her daughters that they can and should pursue any field of interest as a career.

Women in the financial industry face the same battleground as many do in other male-driven professions—fighting stereotypes and preconceptions of what people who work with money should look like and how they should act. Notwithstanding the progress of the women’s empowerment movement of recent years, the bias toward men in finance still exists. Amy finds this idea to be unsubstantiated and outdated. In Amy’s position, it was without question that a woman would be the “best man for the job”.

Amy shared with me that she did not take the task of identifying her new Financial Advisor lightly. She interviewed four female financial advisors, but Alli stood out. Amy explained that Alli taught her more about finances in 60 minutes than anyone had ever taught her. Keyword – taught!

She also noted that hearing Alli emphasize the significance of controlling and understanding your own finances and financial health, as well as Alli’s intent to help her find some level of approachability with financial relationships, instantly made her feel empowered and supported. Alli made it clear she would personally be there for Amy, not just a face or a handoff to a broader team (a “bait and switch” that often occurs in the elite ranks of investment management). Alli did not drop names or make social networking promises like some of the other top female financial advisors Amy interviewed. Like all clients eventually do, Amy made a decision to work with someone she liked, trusted and believed would protect her wealth—in that order.

Upon hiring Alli and Alignment Partners, Amy’s intuition proved accurate. Alli’s team immediately set to work organizing her financial life and, according to Amy, have been “extraordinary, genuine, committed and meticulous.” Alli wholeheartedly acknowledges the sacrifice Amy made in choosing to support her husband’s career while prioritizing their daughters. Even more so, Alli uniquely empathizes with that decision, having faced that same crossroad many times herself. Now faced with learning to live with that decision, Amy must wade into the unfamiliar and murky waters of finance; Alli’s team is there to coax her in slowly and convince her it’s safe to swim.

Alli’s team has helped Amy to understand how she will make her money last with sound financial decisions, and they’ve brainstormed with her – inspiring her as to new ways to bring money in. This type of attention and understanding was critical to Amy’s peace of mind during such a vulnerable and stressful point in her life. Amy says she now implores her friends to pay close attention to every aspect of their finances, regardless of their relationship status.

At Love Happens we are all about empowering women, whether our peers or those we aspire to be. Owning your wealth and your worth is paramount, thus it is such a pleasure to share Alli McCartney and her story with you. We look forward to sharing more on this topic, with specific advice on how any woman can take the necessary steps to establish this discipline in the near future!

How to be a Powerful Woman