Behind the Tutu Project: A Breast Cancer Foundation Fueled by Laughter 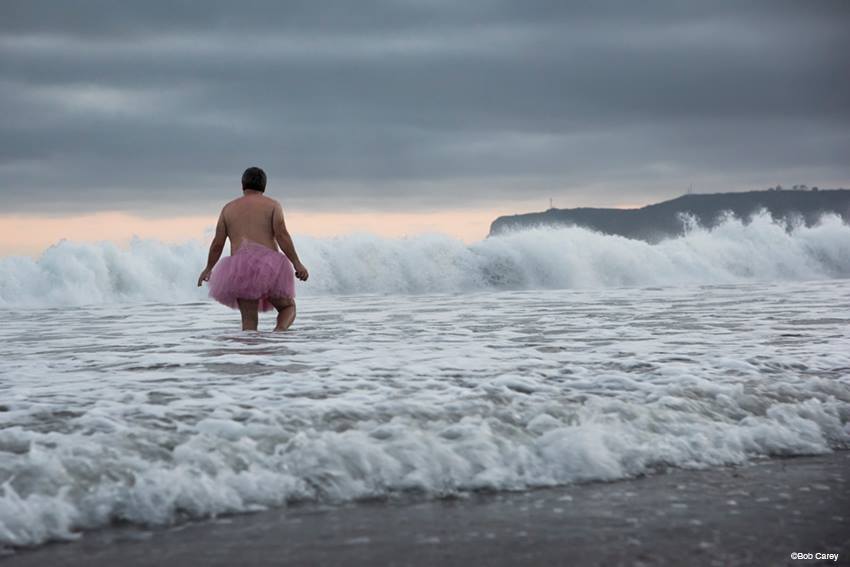 How would you add color to the darkest moment of your life? When you receive a diagnosis of cancer, and suddenly everything goes dark, pink seems like the farthest color in the rainbow. Bob Carey, the man in a pink tutu, colored his family’s greyest hour with a humorous project that caught the world’s attention. A project which became a breast cancer foundation fueled by laughter known today at The Tutu Project.

How The Tutu Project Began

In 2003, his wife Linda was diagnosed with breast cancer, and through his work as a photographer, they found a way to cope – and make some fun of – with what he felt. Bob’s project started to spread, during his wife’s treatments where she would share the pictures on her phone with other people around her, who in their toughest hour took a moment and laughed; until it became viral and his poses and landscapes ran – or rather, Grande Jeté’ed –  all over the world.

Inspired by Linda’s bravery and spirit, and as her quest to beat cancer became successful, the Tutu Project expanded its message and further – its mission: “to raise funds for women, men, and their families to ease the financial burdens that come with breast cancer diagnoses.”

But life’s not all pink, and Linda’s cancer came back in 2006. Through yet another challenge, spreading awareness and being able to lift people up who are going through similar experiences made them find beauty in life and appreciate what was given – surely something one does not associate with cancer.

With the creation of the Carey Foundation, and the publication of Ballerina, an amazing book that compiles the self-portraits in the famous pink tutu, Bob and Linda created a powerful network that connects the people they want to help to the people who want to help them – welcoming and cultivating the participation of other organizations who share their vision. They work to provide not only financial aid, especially when insurance coverage falls short but also tackling many aspects of the challenges faced, such as transportation, childcare, and counseling. What is more important: making these families feel like they are not alone.

A tutu does make everything seem lighter; and when your life becomes a sterile bubble, the freedom of jumping shirtless in a colorful garment may just be what you need to share a laugh. What had started as an escape to express surprise, confusion, and vulnerability, quickly became a powerful vehicle to raise awareness and helping other families who are going through the same situation. And that is what makes this project so special – it is not simply a place where families can turn to for financial support, but also share and of course, a laugh or two.

Bob is a true feminist, not because he is wearing pink – but more importantly because, through his art, he expressed the vulnerability he was feeling in the face of cancer and fear, and was not only a true partner, making his wife laugh while he stood by her, but was also inspired by her strength and grace to reach out to families facing the same. And that is what female empowerment truly is all about.

More from The Tutu Project Gallery

Enjoy a laugh (or two) with more heartwarming pictures from the project!

Did you know? The Original Bob Carey ‘Ballerina’ Wasn’t Pink

The Original Ballerina picture Bob took for a Ballet-themed project was actually black and white, many years before their family’s challenge and the start of the Tutu Project.

A movement created within the Tutu Project, the #Dare2Tutu welcomes the participation of everyone in the fundraising campaign that runs from September to December.

Learn more about the Tutu Project

All Images Courtesy of The Tutu Project