Beautiful Ceiling Designs Around the World 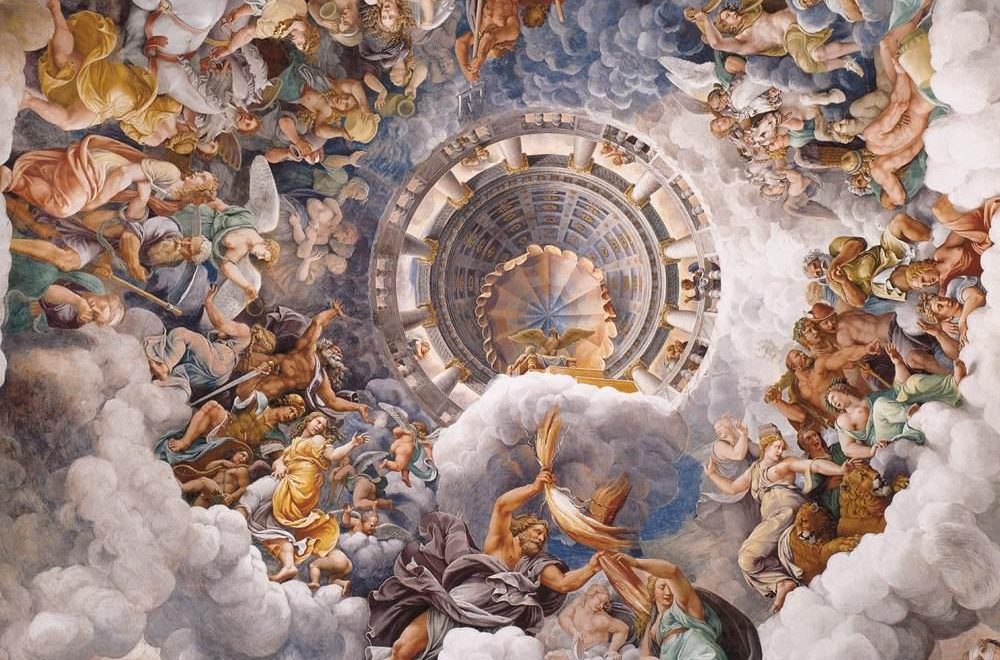 The Hall of Muses is located in Catherine the Great’s Chinese Palace. It was designed in 1768 by renowned architect, Antonio Rinaldi. The Hall was decorated by Stefano Torelli. It appeals to the nine muses of ancient Greek mythology who presided over the arts and sciences. Consequently, the design was intended for reflection and gratitude of the arts.

The North Portico ceiling is located in Blenheim Palace. Glady Deacon commissioned the painting. Glady was the second wife of the 9th Duke of Marlborough. She wanted artist Colin Gill to beautify the ceiling with her and her husband’s eyes.

In addition to reflecting the husband and wife’s eyes, the painting also signified a visual symbol. In ancient Egypt, the Eye of Horus represents protection, health, and royal power. Furthermore, in medieval Europe, the eye is symbolic of the Holy Trinity of the Father, Son, and Holy Spirit. So the family decided to take these past symbolic traditions and create their own showing of power and royalty in one of England’s largest and most prestigious homes.

The Barcelona mayor commissioned the Casa de la Ciutat in 1929 for the World Exhibition. Detailed paintings in black, grey and faded gold disclose a panorama of scenes from Catalan history and literary traditions. The murals were painted by artist Josep Maria Ser and are located on the walls and ceiling of the Hall of Chronicles in Barcelona’s famous city hall.

Top 20 Most Beautiful Libraries in the World

In 1920, artist, Armando Garcia painted a winged figure of Victory called The Triumph of the Republic. The painting encapsulated the ceiling of the Presidential Palace, in Havana, Cuba. However, in 1957 the palace was stormed during the Cuban Revolution. It was then converted into a museum. The museum commemorates the Marxist overthrow of the government.

The painting was inspired by themes and allegories from the classical tradition. It cherishes the divine liberation of Cuba from centuries of colonial rule. Cuba became independent in 1902 after the Cuban War of Independence against the Spanish Rule.

Debre Berhan Selassie Church, located in Gondar, Ethiopia is dated all the way back to the 17th century. The ceiling of this magnificent church contains 135 disembodied heads looking down upon their guests. Early Christian imagery that originated in Byzantium, inspired this painting. The hieratic style of this artwork shows the importance of religious figures dependent on their size. In Debre Berhan Selassie Church, the larger images include; the crucifixion between two arches and the image of the three bearded men, symbolizing; the Father, Son, and the Holy Spirit (Holy Trinity). In conclusion, this signifies the importance of those pieces due to their size.

Guilio Romano painted the ceiling of the Palazzo del Te’s Hall of Giants somewhere between 1532-1535. Guilio was an artist in residence for the Gonzaga court in Mantua and known as a protege of renowned artist, Raphael. The painting is a massive mural creating the illusion of a dome. In detail, it tells the tale from Greek mythology when the king of the gods, Jupiter, threw lightning down to defeat the giants who were trying to scale Mount Olympus.

The mural’s rich color and intricate detail is the primary attraction. Additionally, because the illusion is impeccable and it integrates seamlessly with the walls. Because of this mastered craft, there is no clear separation of real space within the room and artificial space created by the painting.

Artist Insho Domoto and Ryushi Kawabata painted the ceiling of Senso-Ji Temple in 1956 in Tokyo, Japan. The mural contained oversized figures from Japanese Buddhism. The figures range from a uidragon, the traditional symbol of enlightenment and believe to be the parent of ancestral Japanese emperors, to angel-like figures praising to the gods. The temple was actually first built in 628 and reconstructed in the 1950s. The temple is also the most visited religious site in the entire world.

Topkai Palace has been the ancestral home of the Ottoman dynasty of sultans for hundreds of years. Located at the mouth of the Bosphorus Straits along the Istanbul Peninsula. Construction of the palace began in 1459. The palace also serves as the administrative and educational center and resting place for those of the prophet Muhammad. The ceiling of the palace is the most detailed and intricate ceramic tile design.

In 2008, artist Miquel Barcelo created a masterpiece on the ceiling of the United Nations Office in Geneva, Switzerland. Barcelo covered the ceiling with stalactites made of pain in a vivid spectrum of color. The design represents the geography of Earth’s nations in thirty-five tons of paint, containing pigments selected from earth and rocks from around the world.

The Badal Mahal hall “Cloud Palace” is located in Rajasthan, India. It is a special, tucked away space within the Bundi Palace. Created in the 17th century, some say it served as the Queen’s quarters, others say it was home to Rao Ratan Singh’s 15 wives. The ceiling of the hall includes figures, and animals dancing across the mural. And a silver disc of a moon encircled with the heads of nine Hindu deities.