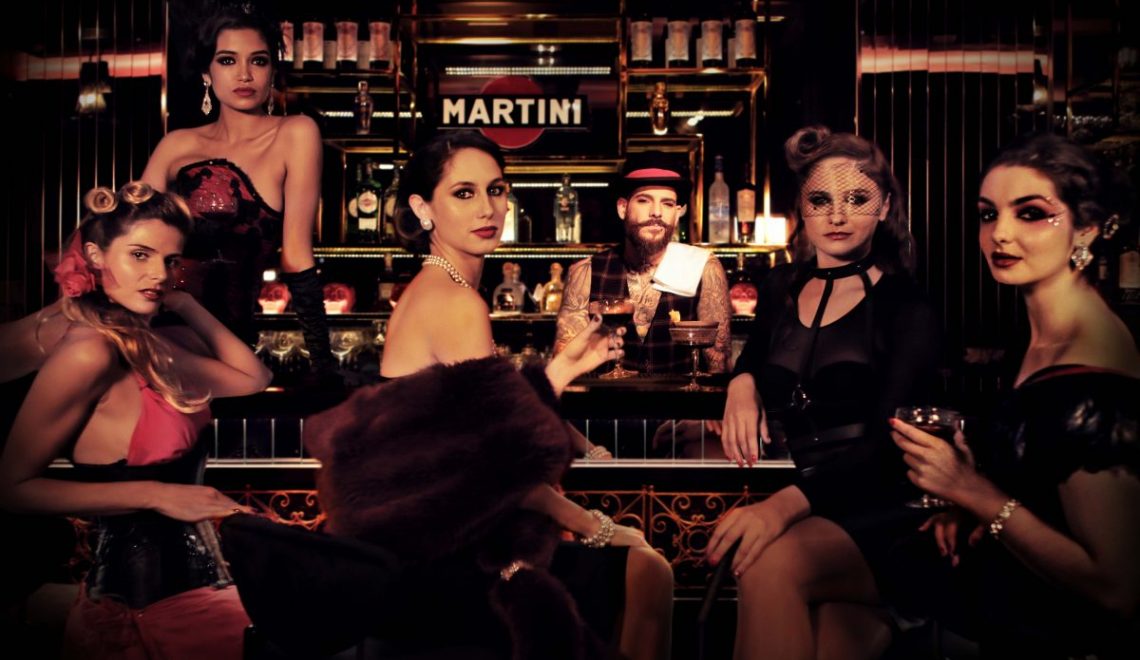 Located near Lisbon’s Praça da Alegria park, the Maxime Hotel design, like a cabaret, is daring, provocative and burlesque in only a way the boldest can be. And with a show in every corner of the hotel and its 75 rooms, it is a hotel like no other in Lisbon.

The Maxime Restaurant-Bar is one of the hotel’s largest draws and the stage for its unique experiences. Here a wide range of shows are presented, but their cuisine is just as applause-worthy!

Welcome to the Maxime Hotel in Lisbon, to the cabaret, to the bohemian life, to the stolen kisses and whispered secrets, welcome to the music and dancing. I am Lady Maxime and I’m going to tell you Maxime’s story…

First, the History Behind the Maxime Hotel

It all began in the roaring twenties. With prosperity and ostentation on the rise, entertainment became essential to life. Nightclubs, gambling, dancing clubs, and cabarets begin to emerge. Among them came Club Maxim’s, one of the icons of Lisbon’s nightlife during the 1920s era.

Fast forward and in 1949 Maxime Dancing opens its doors in Praça da Alegria inspired by the Maxim of the 20s. For 10 years the luxurious cabaret showcased some of the greatest names in Portuguese singing as well as many renowned international performances. The venue was also known for its fabulous Spanish dancers. But nothing lasts forever as times change and Maxime Dancing’s golden era came to a close in the 1960s.

In an attempt to revive Maxime, Manuel João Vieira reopened the club in 2006. For 5 years the venue returned to its glory hosting various concerts and burlesque shows, but in 2011 the allure faded and its doors closed once again.

But Maxime lives on! Seven years later in 2018, Maxime reopened as a hotel on a mission to rejuvenate the vibrant glamour of cabaret. Bringing the ultimate expression of bohemian Lisbon into the now, while offering up a stage for grandiose experiences.

The Vibe at Maxime Hotel

The Rooms at Maxime Hotel

“Daring, unique, irreverent and cheeky is the best way to describe the rooms in Maxime Hotel in Lisbon.”

Each room at the Maxime Hotel offers a host of luxurious amenities coupled with cabaret history and sex appeal. Don’t miss meeting the female personalities behind each themed suite and take note of her drink of choice which you will find in your room and available especially for you at the bar.

In tribute to the chorus girls and dancers who for years gave life to the stage of Cabaret Maxime, the walls of each of the 70 deluxe rooms at the Maxime Hotel are decorated with their pictures.

If you are looking for a truly special room, request 501, ‘Judite’. This room celebrates the life of the artist Judith, “Batatinha” (a nickname given to her when she started selling cigarettes and chips at Maxime). Designed to remind its guests of all the choristers who have passed through Maxime and left their mark.

Meet Lady Maxime, read her story and discover her drink of choice – Martini!

Meet Simone, read her story and discover her drink of choice – Grey Goose!

In the Dressing Room, the Spanish girls of Maxime are honored. In contrast to Maxime’s Portuguese dancers and choristers, the Spanish girls were perky and more outgoing. Fleeing from Franco’s dictatorship, the “Irmancitas”, as they were called, delighted the Portuguese. Famous for their groups, like the Troupe Hispánica, this thematic room honors them through the charismatic characters of the sisters Las Carmencitas.

Meet Hanna, read her story and discover her drink of choice – Dewar’s!

The Ultimate Guide to Explore Lisbon

From delicious artistic plates inspired by classic Portuguese cuisine and beautiful innovative cocktails to a sexy cabaret setting, this restaurant-bar is a must for lovers of this aura.

From the art on your plate to the art of cabaret, the shows at Maxime are versatile, surprising and captivating – a fabulous way to spend an evening out!

If you are looking for an outdoor setting then the Boudoir Garden-Bar is the perfect place tucked away in the heart of Lisbon. This romantic, intimate and informal setting leaves behind the feathers and velvet while still offering a sense of the stage.

Set in the heart of Praça da Alegria, near Avenida da Liberdade and Lisbon’s most irreverent and iconic neighborhoods, Príncipe Real, Chiado, and Bairro Alto, the Maxime Hotel is just the starting point for exploring the city. Go out of the front door of Maxime and discover the most amazing places in Lisbon!