Design Affair: Studio AMV & The Start of Something Sensational 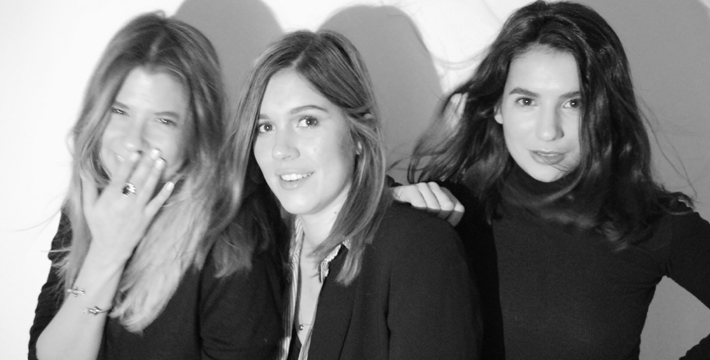 Intrigued, fascinated, impressed, whatever you want to call it—we are outright blown away by the women behind the curtain of Studio AMV. The French-based architecture and design firm’s founders (and initials behind the name) Anna Philippou, Marie Prosperi, and Victoire Guerlay possess a tenacity that we simply had to explore further, and we are fairly certain you will find them just as inspiring as we do.

At Love Happens we love everything Balmain, so when our publisher KOKET’s Geisha chair appeared in Balmain’s newly opened Paris flagship store for the brand’s Haute Couture Spring Summer 2019 runway show, we had to find out who put it there. After a little research, we soon learned Studio AMV designed the store so we reached out. It turns out the KOKET chair was placed by Balmain’s team for the event, but what a pleasure it was to connect with the three exceptionally talented young powerhouse women behind Studio AMV. Smitten, we had to learn all we could about them so we scheduled a chat.

Like any great partnership, balance and compatibility are key, and we were quick to learn that Studio AMV’s founders had this down. The three had completely different entrees into architecture. Anna was born into an architectural family, Marie became an architect by accident, and Victoire grew up dreaming of building bridges. The trio, who first met while working for the amazingly talented French architect Jean Nouvel, was seemingly destined to join forces. Like all architects, the desire to express their personal visions eventually came to the surface leading to their decision to leave Atelier Jean Nouvel and start Studio AMV. “We met in a timing where we had the same desire, to stand on our own feet. When the opportunity came to the table we just did it!”, they said of the decision.

With such different backgrounds, it is truly incredible to watch as the minds of these three beautifully ingenious women have been intertwined in such a way that their architecture displays the complexity of three minds, yet the convergence of one. Their continuity makes perfect sense, “We complement each other. [With] the complementarities we have in experience, profile and character we make a solid team”, they explain of their collaborative approach.

Showing tenacity and bravery to take a leap and believe in each other’s, not to mention their own capabilities, is not an easy decision. When we asked them what the most essential thing they learned from Jean Nouvel was, they responded, “There are various architectural responds. Every project is unique, it has an urban context, a function and specifications: architecture is needed as a response to a situation.” Interpreting this concept and applying it through their own lenses while being “inspired by everything that surrounds [them]. It could be nature, cities, cinema, art…” Studio AMV offers a very fresh and inspirational take on the ancient practice that is architecture.

Often, what happens at the beginning of a journey is most vital. And how you adapt to opportunities afforded to you can make all the difference in the future. Olivier Rousteing, the artistic director of Balmain, happens to be one of those opportunities for the women of Studio AMV. Introduced by a common friend long before working together, Olivier’s apartment in Paris became the firm’s first project. “It gave us the motivation to keep going”, they explained of the experience. “We did the first phase of the apartment, and the challenge was to make it as quick as possible. We planned the entire décor, and in order to be quick, we fabricated a lot of furniture, because it was quicker than ordering it from shops.” Learning and tailoring their work along the way, Studio AMV took into consideration Olivier’s unique personality and offered up bespoke solutions such as transforming his three different living rooms into one big central living room where he and his guests could gather around.

Very happy with his apartment, Olivier called on Studio AMV to design his office at Balmain’s new address. The collaboration just kept growing from there they explained, “At the same time, Balmain was developing their retail strategy and as they saw that we made a good team with Olivier, the proposition [to design their retail stores] came just after.” They had an initial meeting with Balmain where they told us they were directed to “capture the heritage of the Parisian fashion house and recreate a Parisian atmosphere in Balmain stores all around the world. The next weeks we imagined how we could make it happen!”

“The concept for Balmain’s stores is preforming “the Parisian art of living” based on what has been characterizing it thought history,” described Studio AMV. It is not a matter of transcribing a Parisian apartment, but about revealing the atmosphere and imagination produced by one. “The concept is based on the analysis of 10 major forces of the Parisian art of living. It is a vocabulary which served Balmain’s identity”, they explained. “The architectural elements, the common language which follows through the rooms are the conducting threads which guard the coherence and the continuity of the rooms: the floor pattern, the wall finishes, several noble materials and the design of the furniture.”

While Studio AMV’s first project was in residential design, their work for Balmain quickly turned their career toward corporate design exposing their passion for this side of the industry. When we asked them about their attraction to retail design they replied, “In retail projects, there is something very challenging and particular that you cannot find in any other project: the tight schedules. It is impressive how quick a project is accomplished every time”. At Lh we are obsessed with Studio AMV’s excitement over their own vision, not to mention the bold characteristics and self-challenging behavior they display. With these characteristics, it is easy to see that these ladies do not settle. They adapt, they evolve.

When it comes to the future Studio AMV told us, “At this actual moment we are working in a lot of residential projects, which is a completely different philosophy and approach from the retail world. We would love to work on hotels, working spaces, and restaurant programs. There is a new vision about these programs that we would like to respond to.” The passion that is clearly behind each and every one of their projects is truly impressive. Anna, Marie, and Victoire have a lack of complacency, and we are loving every bit of it!

It is no secret that here at Lh, we indulge in the brilliance that is women. We celebrate women who choose to uplift others, who support each other and the choices that create a better tomorrow for younger generations. We praise and idolize the darers, the ones who won’t settle, the women who exemplify strength in all its raw and rebellious forms. Which is why we asked Studio AMV about their experience working as three young women in a male-dominated world.

“The generation before us fought for women’s rights and settled the women carrier. We are lucky enough [to not] feel competition between genders in our work. Being a woman architect is more common today than 20 years ago”, they stated. “In our work, the question is posed about age. As to create a building takes time, the experience is something that follows this process. In common sense, an architect in his 30s is still someone without a completed experience. We are always there to prove the opposite.” It is these words that leave us confident Studio AMV is here to stay and continually push limits.

From residential, retail and hospitality to furniture design Studio AMV works across the architecture and interior design industry. As they continue to innovate with their fresh groundbreaking ideas, who knows what the future will bring, so we are keeping a close eye on them!

Explore more of the green side of luxury! 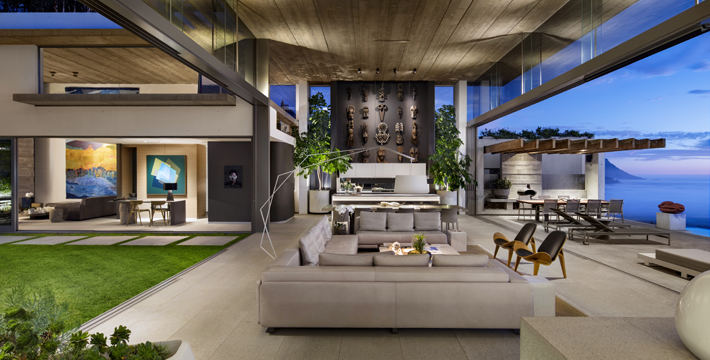 Architecture & Design, Interiors
Luxury Living Room Ideas to Love from Some of Our Favorite Features END_OF_DOCUMENT_TOKEN_TO_BE_REPLACED 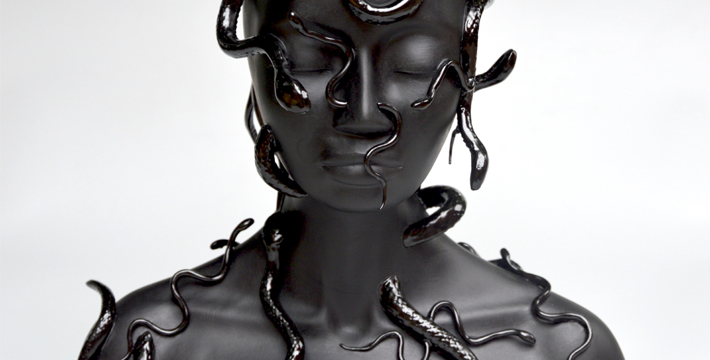