Oscars 2020: Best Dressed and the Winners 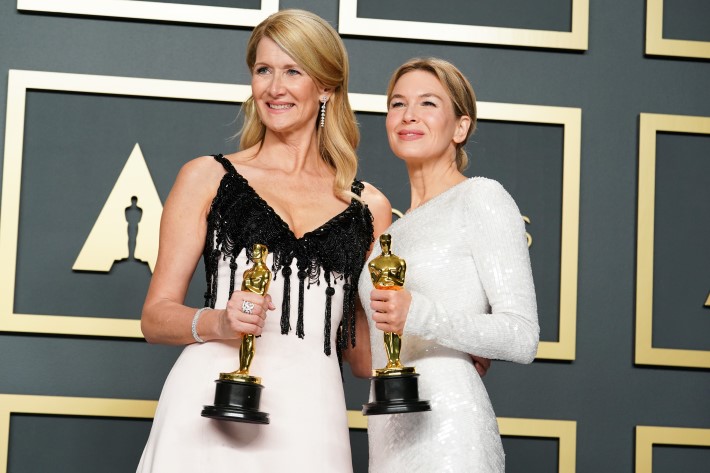 On February 9, it happened one of Hollywood’s most glamorous and anticipated nights of the year: Oscars 2020. The event took place at the Dolby Theatre in Los Angeles (home of the event since 2002). Last year, BAFTA requested that the attendees dress sustainably, but this year, there was no theme or a dress code defined. If you missed the 92nd Academy Awards, don’t worry! You can find here everything you need to know about the best-dressed celebrities and the winners.

After an amazing awards season, this year, Oscar’s Night was full of surprises. Let’s take a look at the Winners.

Best Supporting Actor: Brad Pitt – Once Upon A Time in Hollywood

Best Production Design: Once Upon A Time in Hollywood – Barbara Ling & Nancy Haigh

Best Documentary Short: Learning to Skateboard in a Warzone (If You’re a Girl)