Amy Bonnaffons: One to Watch in the World of Literature 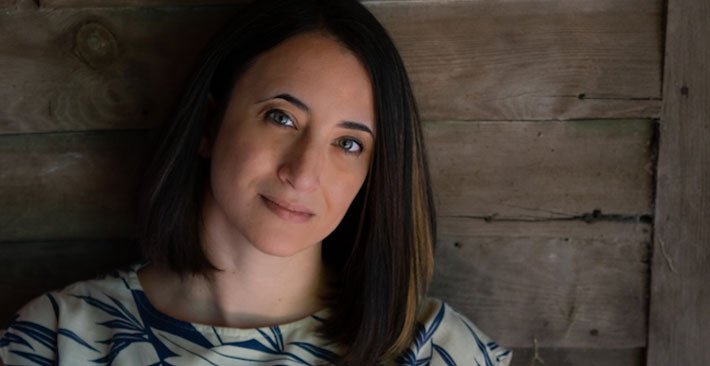 Sometimes when reading a debut novel, you get a sense that it marks the start of a long career on bestsellers’ list. That is the case with Amy Bonnaffons’ The Regrets, with the Georgia-based author’s February release sparkling with the confidence and creativity of a seasoned writer. That may be because Bonnaffons is no newcomer to the world of literature, despite this being her first novel.

Bonnaffons released her short-story collection The Wrong Heaven in 2018 with publishers Little, Brown, with this same combination returning for the launch of The Regrets. The Wrong Heaven features a series of stories that integrate fantastical elements into the real world, something that Bonnaffons has continued to explore in The Regrets.

The Regrets finds Bonnaffons on similar thematic ground. The Washington Post’s review summarizes the plot of the book in pithy fashion: “a hip, single Brooklyn librarian falls for a sexy ghost”. That review by Bethanne Patrick also comments on how the novel deals with the universal challenges of a relationship, but Bonnaffons uses those ghostly elements to deliver an intriguing twist on the idea of a breakup novel.

USA Today goes a step further in its analysis of how Bonnaffons merges the features of a modern relationship with something more otherworldly, with Barbara VanDenburgh’s glowing review suggesting that this intelligent debut gives a new and much more literal meaning to the term ‘ghosting’. That word is a fairly new addition to the vocabulary of relationships, but Bonnaffons’ interpretation of ghosting will resonate with readers that have used dating apps.

So, what is ghosting in its more common form? Ghosting is the act of ending all communication with someone, suddenly and without any explanation. This can rob someone of the chance to find all-important closure at the end of a relationship. That idea of finding closure is explored with nuance by Bonnaffons, with the novel as much about building healthy relationships as it is about actual ghosts.

Thomas, that aforementioned sexy ghost introduced at the start of the novel, has a unique predicament; what is essentially an admin error has denied him passage to the proper afterlife, so he is given 90 days to return to Earth and kill time. Thomas is advised to avoid romance, but he soon finds that sparks are flying with Rachel the librarian. With a time limit on their relationship, Thomas and Rachel have to confront the idea of ghosting head-on.

From the timebound nature of Thomas’ stay on Earth to the difficulties of introducing your love interest/a ghost to your friends, Bonnaffons has created a beguiling story that isn’t afraid to tackle the hard questions. It sits neatly alongside her work in The Wrong Heaven, but it shows that Bonnaffons also excels in the longer format. Her love of writing has also taken her into other important disciplines.

Bonnaffons is a founding editor of 7×7.la, an online literary journal that facilitates collaborations between exciting visual artists and writers. These productions are completely original and push creative boundaries. So this site goes hand in hand with Bonnaffons’ work as a novelist. If running 7×7.la and writing novels weren’t enough to keep her busy. She is also working on a Ph.D. in creative writing at the University of Georgia.

Readers captivated by The Regrets will hope that Bonnaffons continues to write novels that explore real-world problems with a spiritual and fantastical slant. Given the positive responses to the debut novel, it would be a shame if we didn’t read a lot more about Amy Bonnaffons in the years ahead.

Looking for more books to love? Check out other great reads on On Our Shelf!