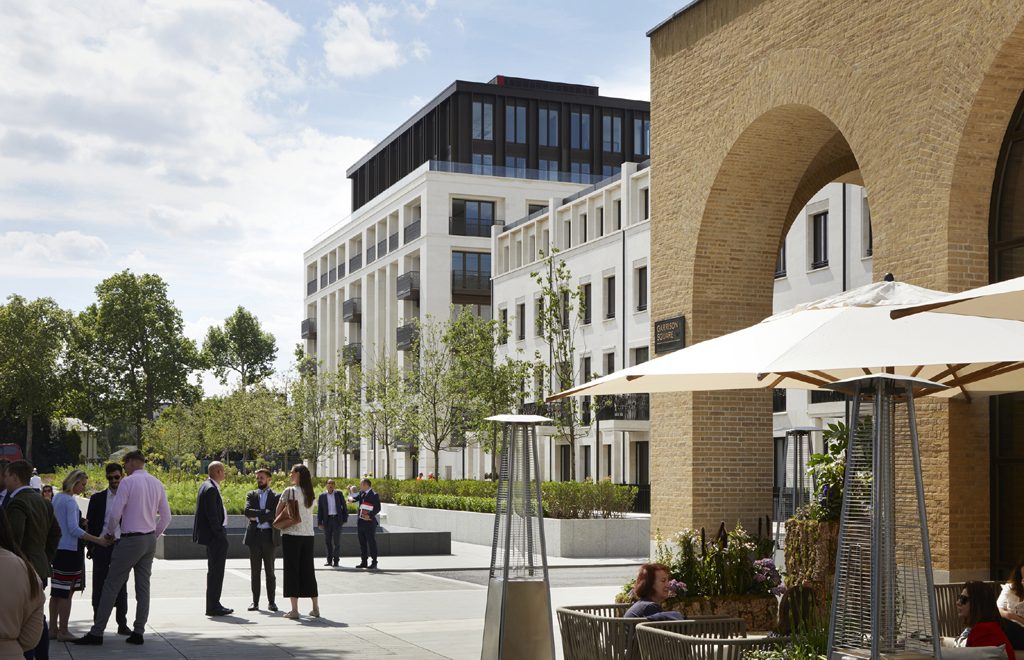 Set in London’s exclusive neighbourhood of Belgravia, Chelsea Barracks, once a historic military base, is now slowly being transformed by an A-list team of designers into an entirely new and prestigious full-service neighbourhood that connects seamlessly with the surrounding streets.

Originally built in 1860, the site was home to members of the British Royal Army until 2007. At which point it was purchased in the most expensive real estate transaction in UK history. Now after 12 years of designing and planning, this Fall the project will welcome its first residents into the newly finished section which comprises three new London square city blocks.

Developed by Qatari Diar Europe, upon completion, the 12.8-acre site will comprise a rare collection of residences, penthouses, mews, and townhouses as well as an unparalleled array of private amenities. Underground, Chelsea Barracks offers a state-of-the-art health club and spa, full-court sports facilities, cinema, business center, lounge, and parking garage. Going over 6 stories down, a network of underground tunnels and passageways will eventually connect everything across the entire almost 13-acre site.

The new community in Belgravia will also have restaurants and shops. Along with a historic chapel converted into an art gallery. And additional sports facilities, all of which will be open to the public. Five acres (40%) of previously concealed land will open to create beautifully landscaped public green spaces. These will include seven garden squares, each with a distinct theme.

Renowned British architectural firm Squire & Partners were the architects and master planners for the first completed section of Chelsea Barracks. Taking inspiration from the formal Georgian squares of Belgravia, the residential buildings are positioned around a series of landscaped public routes and spaces, ensuring the development is accessible to the local community and evolves as a natural addition to Belgravia.

Whilst being rooted in the heritage and context of the local area, the architectural language is distinctly contemporary. Building facades feature smooth and textured variations of Portland Stone, fluted vertical columns, recessed bays, and projecting balconies. Bespoke leaf patterns designed for the external metalwork on balconies and penthouse screens, take their inspiration from the history of productive gardens once prevalent in the area, as well as the nearby Chelsea Physic Garden, adding richness and complexity.

The interior design firm Hirsch Bedner Associates oversaw the interior base build of the apartments at Chelsea Barracks.

The Gardens at Chelsea Barracks

The Garrison Club at Chelsea Barracks

Chelsea Barrack’s state-of-the-art health club and spa, The Garrison Club, will open to residents this winter. The Garrison Club design came from the minds of some of the most well known London-based design firms, including Goodard Littlefair and Elicyon. The space features a 66-foot pool, multiple vitality pools, steam rooms, saunas, tepidarium spa, experience showers, and relaxation areas. In addition it features a large gym, private training studios and treatment rooms. Along with a large unisex locker room/lounge plus separate his and hers locker rooms.