A Tribute to Designer Kenzo Takada 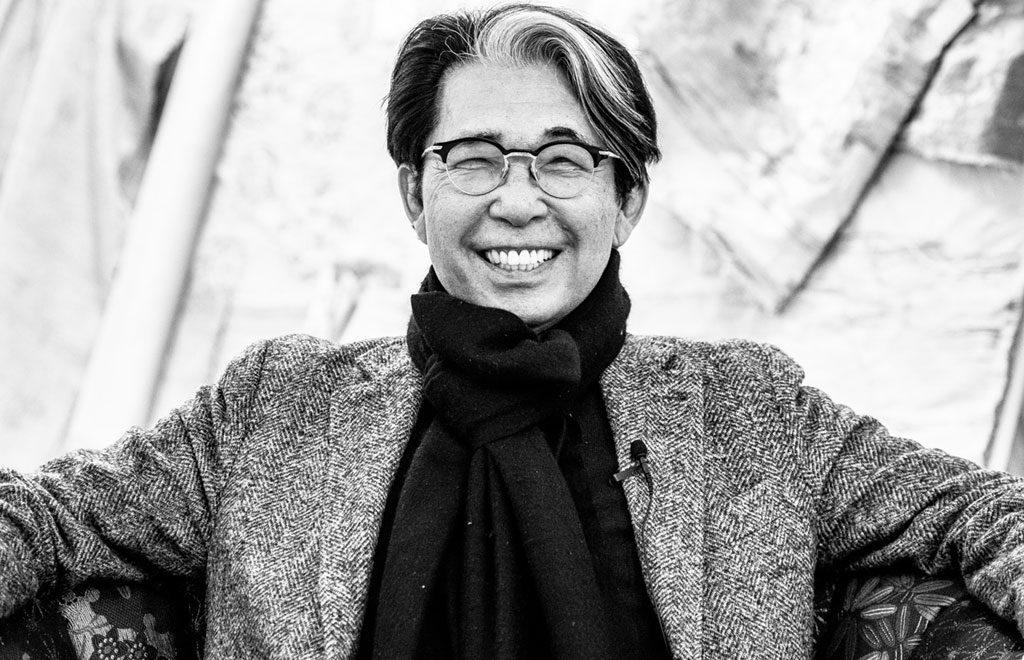 On October 4th, 2020, at age 81, the world-renowned Franco-Japanese fashion designer and artist Kenzo Takada passed away from COVID-19 related complications in France. This article is a tribute to Kenzo’s creativity! And may we not forget the seriousness of COVID-19 as we remember his life and celebrate his exuberant jungle-infused designs and youthful aesthetic helped bring Japanese fashion to the world.

A Passion for Design

Born in 1939 into a family of 7 children in Himeji, Japan, Kenzo Takada’s passion for drawing came at an early age. First dreaming of creating his own unique works while watching his two sisters’ sewing classes.

Kenzo also dreamed of Paris, the capital of fashion, and an eternal symbol of elegance and luxury. And as fate would have it, in 1965 Kenzo landed in Marseille, then quickly discovered Paris. He only planned to stay for six months. But he never left, thus calling the city home for the rest of his life.

In 1970 Kenzo began his remarkable career with the founding of French luxury fashion house KENZO. After rising the brand to luxury status, Kenzo sold it to LVMH in 1993 and left the company in 1999.

Since then, his creativity ventured far beyond fashion. He collaborated with many firms across different industries. All the while celebrating exquisite fashion, Art de Vivre, and infusing his Asian roots and ardent love of life and beauty into his creations. Incredible colors, animals, florals, and geometric patterns became his signature style. A style that will most certainly live on in fashion, but also in interiors.

Into the World of Interiors with K-3

In January 2020 Kenzo began a new adventure with the launch of K-3, a luxury home, and lifestyle brand. The designer was always passionate about interiors, furnishing his homes with the same inventive spirit as he approached his fashion: “a bold but effortless blend between Western lifestyle and Eastern rituals inherited from the Empire of the Rising Sun.” So came the creation of K-3 with brand-partner and CEO, Jonathan Bouchet Manheim, and Engelbert Honorat, Kenzo’s creative assistant since 2013.

Jonathan Bouchet Manheim, CEO of K- 3, describes Kenzo Takada as “incredibly creative; with a stroke of genius, he imagined a new artistic and colourful story combining East and West – his native Japan and his life in Paris. I had the chance to work alongside him for many years, always in awe, admiring his curiosity and his open-mindedness. He seemed quiet and shy at first, but he was full of humour, he was generous and always knew how to look after the people close to his heart. He had a zest for life… Kenzo Takada was the epitome of the art of living.”

Engelbert Honorat, Kenzo Takada’s closest creative collaborator has been entrusted with the creation of the K- 3 collections to ensure the utmost preservation of the designer’s legacy.

Thank you Kenzo Takada for your beautiful contribution to style!