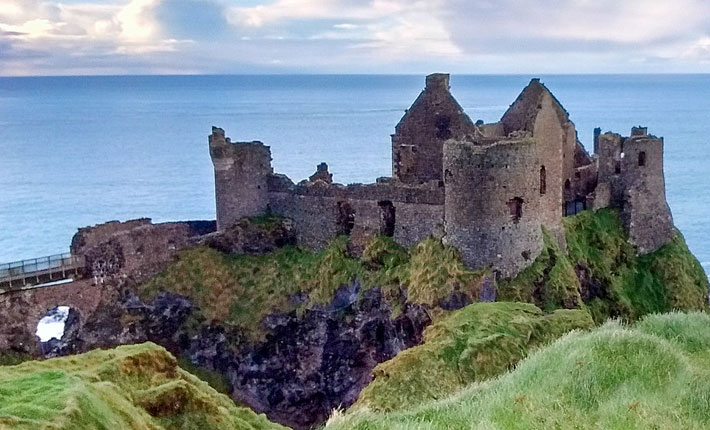 This article is one of those that will answer some of the questions you may have had over the years about your favorite TV series. I’m sure you must have wondered where the “Games of Thrones” series was filmed, or perhaps the thriller “Top of The Lake”. Read on to discover the locations of some of the best TV series!

One of the most-viewed TV series ever (and yes I am an outspoken fan), has some of the most magical landscapes you can find! HBO’s fantasy blockbuster can be set in a world of magic, dragons, and evil zombies. However – most of the series was shot close to home in Northern Ireland. We can also find scenes in Dubrovnik and Iceland.

Top of the Lake

If you’re like me and like thrillers, then you’ll love the locations shown in this TV series! Shot on the wonderful island of South New Zealand. We find Queenstown, and into the peaks, valleys, and forests, but above all at their lakes, a special one is Moke Lake.

Drama fan? So you have to see this drama from BBC that has already inspired thousands of fans to go to West Country. Most of this drama takes place on the Penwith peninsula, known for its clear waters and white sand. As if this were not already wonderful, it still has beautiful bays like Penberth Cove.

Most Beautiful Cities in the World to Visit Now

Who is not a fan of a love story with a mixture of glamor and wildlife? Even more so if this happens in one of the most coveted locations in Spain, the Balearic Islands. In this TV series, we find beach locations along with opulent villages on the islet on the southwest coast of Ibiza.

Are you one of those who like to see where billionaires spend their holidays? Then you will surely love Succession. Set in an upstate New York retreat and in the Hamptons’ at the $175 million Henry Ford Estate at Jule Pond. Best of all, it also includes a luxury yacht vacation. This trip runs to the Aegean and also to Croatia, in particular to the island of Korcula.

This series manages to bring together some of the most beautiful places in Europe: Paris, Amsterdam, Rome, and in the third season Barcelona.
In Barcelona, we have La Casa Ramos, a magnificent modernist building in Plaça de Lesseps, in the Gràcia neighborhood. Perfect for a break before a murder!

This highly funny series features American references from the eighties along with British as well. It passes along the border with Wales. We also find several landscapes of the River Wye.

This mini-series thriller continues to remain in our memories until today. In it, we find luxury hotels in Marrakech and Zermatt, and La Fortaleza de Mallorca, or Sa Fortaleza Albercutx de Pollensa (Fortress of Albercutx). Situated on a promontory at the north end of the island, the fortress consists of seven villas with terraces and two swimming pools.

This series is one that changes the perspective of many things and showcases beautiful landscapes! Originally in the book, this series takes place in a city in Australia. HBO decided to take it to the California coast, giving Monterey and the dramatic Pacific shoreline a lead part. We also found rugged seafronts such as Carmel River State Beach and Del Monte Beach appear throughout.

Despite the obvious, this series is set in Paris, we couldn’t leave it out of this list. After all who doesn’t love Paris? With some of the most iconic looks of the moment, Emily walks through Paris streets through the most luxurious places. We can see the Palais Garnier, the historic restaurant Le Grand Véfour and the well-known Jardin du Luxembourg, while Emily’s apartment is in the beautiful Place de l’Estrapade, in the 5th arrondissement. During Emily’s mini-vacation we also see the beautiful area of the Loire Valley.