The Best Virtual Fashion Shows of 2020 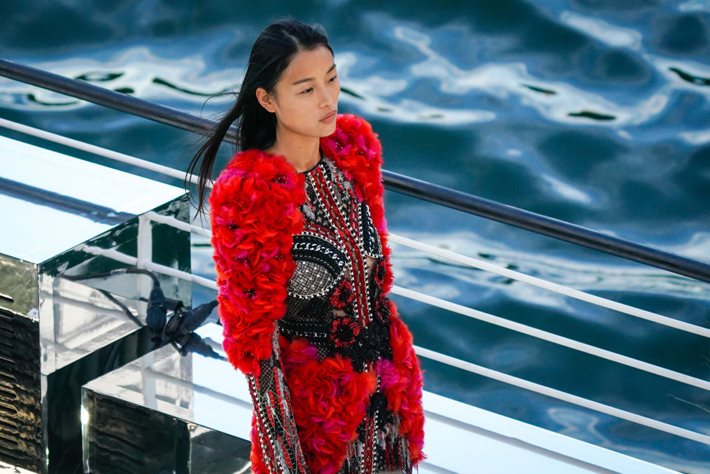 This year as we all know was an atypical year. The normality of our day-to-day lives has been taken away from us. Everything that was routine for us has now been adapted to the new reality in which we live. The fashion industry, like all others, has not been indifferent to this pandemic. Stores closed their doors, fashion shows were canceled or replaced by virtual ones, and production of many new collections halted as well.

While the Resort and Haute Couture shows were canceled, New York, London, Milan, and Paris moved forward with fashion week in September 2020 – but not as we once knew it. Although some did face-to-face parades, this year the majority had to resort to virtual shows. These were a great adaptation on the part of human beings, and that is why we bring you a list of the best virtual fashion shows of 2020.

Chanel launched its Métiers d’art collection in a huge castle called Château de Chenonceau in France. A parade that many call “Kristen Stewart”, since she was the only guest present. We found leggings under everything from high-top dresses to miniskirts. All this a tribute as once Kristen’s character Bella Swan used this style during the filming of her renowned Twilight Saga.

This show was simply breathtaking, whether or not it was from the Maison Saint Laurent. In the middle of the desert, the dunes set amid sloping sand dunes that extended as far as the eye could see. Designer Vaccarello mentions that the desert “symbolizes that yearning for serenity, open space, a slower pace”.

One of our dearest, Olivier Rousteing from Balmain. The new models of the SS21 season were the star of this show. As his regular guests were unable to attend the parade in Paris, the designer decided to set up three rows of giant TV screens along the runway to allow them to watch all the action. Some of the faces we could see were Anna Wintour, Kris Jenner, Cindy Crawford, and Cara Delevingne.

And we must not forget to mention the “Balmain Sur Seine” Performance which took place on a barge on the Seine river during Paris Haute Couture week on July 05, 2020 in Paris, France.

Like other designers, Jonathan Anderson thought of a clever way to innovate and present his spring/summer designs for printing – by sending life-size wallpapers and posters from the collection so that they could literally surround themselves with the designs. Resulting in one of the best virtual fashion shows for 2020 without doubt!

As we know, the Prada show is always one of the most anticipated on the Milan Fashion Week program. This year was even more special, as it marked the debut of Raf Simons, alongside Miuccia Prada, around the house. This was one of the best virtual fashion show presentations, as expected. With important details in the clothes and more details in the accessories, the collection resulted in one that – although digital – seemed incredibly personal to the viewer.

Maison Margiela was not far behind either and decided to reveal her collection in Nick Knight’s film, S.W.A.L.K. II. The film is a true reflection of today and begins with images taken from Zoom’s conversations between Galliano and his collaborators, including Knight, as they formulate the project plan.

There is always that fear of giving a boring presentation, but Collin Strada would never let that happen. The designer presented a video full of colors and music. The sets were hallucinogenic and added to the spirit of the clothes and the general vibe of the collection, rather than diverting their attention.

J. W. Anderson had a brilliant idea and decided to also innovate the presentation of the SS21 men’s collection. In this sense, he presented the collection in a line of paper dolls. The aim was to invoke nostalgia for our childhood days and, at the same time, serve up a fashion fantasy.

The stylist Demna Gvasalia delighted us with a fashion film for the presentation of the SS21 collection. The new collection was presented to the sound of a cover by Corey Hart. The cover was actually the work of Gvasalia’s husband, Loïk Gomez, better known as BFRND.

When we speak of Moschino we think of eccentricity, the grand and irreverent. Who knew Jeremy Scott would present us with a doll parade. Yes, you heard right, the designer created a complete collection of doll-sized clothes that were displayed on a catwalk by puppet dolls. In this parade, we can see that Jeremy created dolls just like his regular front-row patrons, including Anna Wintour and Hamish Bowles.