Love High-heels? Dive Into the Past and Take a Trip Through There History 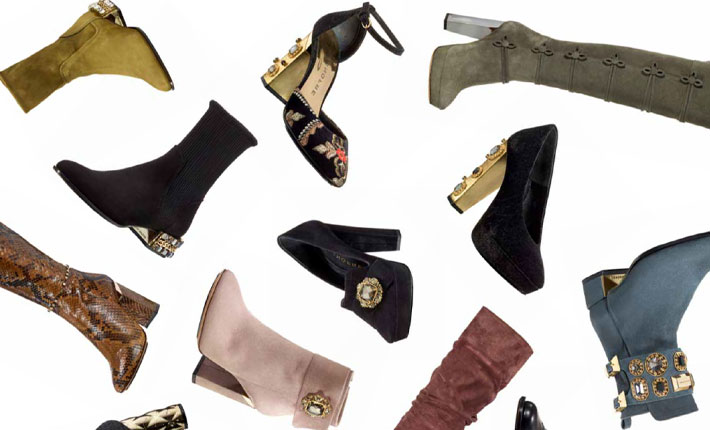 Though mainly relegated to the female domain in today’s world, high-heels have a long and storied history with both genders. These leg-lengthening shoes have been around longer than you’d think and they weren’t always simply a fashion choice!

Let’s put our best foot forward and take a trip through the history of high heels.

The History of High Heels

The earliest known example of high heels comes from ancient Iran in the 10th century CE. At that time, Iran was known as Persia. And it was the Persian army that had the honor of wearing the first high heels.

The Persians were excellent horsemen and the cavalry formed an important part of the Persian army. The horseback soldiers would charge towards the enemy standing up in the saddle to fire a bow.

Firing a bow from a charging horse is no mean feat. It took a prodigious amount of skill and a little help from some clever footwear…

That’s right, the terrifying mounted Persian archers wore high-heels! Ok, they weren’t wearing stilettos but they did wear the forerunners of stilettos.

The Persians had rather ingeniously worked out that a longer heel helped their feet stay in the stirrups when they stood up to fire their bows.

Despite a millennia passing, the same principle is in use today. It’s why cowboy boots and riding boots have a block heel.

By the 12th century CE, high heels had made their way to India. A depiction of a female dancer in the Ramappa Temple shows the woman wearing raised shoes.

They are, perhaps, more akin to platforms than pencil heels but what’s interesting is that this is the earliest account of females wearing heels.

The Persian Empire had fairly strong trading links with European countries and Empires. It is likely that the idea of high heeled shoes came via the trade channels.

Trade routes, you see, are not just methods of exchanging goods. A huge amount of cultural exchange happens within them too.

In any case, by the 1400s women in Europe, and in particular Spain and Venice, wore high platformed shoes called chopines.

They were originally a type of clog worn over the normal shoe in order to raise the wearer out of the filth and muck that littered medieval streets.

However, they eventually became a fashion statement, especially in Venice. Courtesans and noblewomen took to wearing chopines of increasing height which gave them a rather wobbly walk.

Eventually, the Venetian government passed a law that limited the height of chopines to 3 inches but most ignored it. This was, perhaps, the first law pertaining to high heels.

The Height of Fashion

By the 17th century, high heeled shoes had taken on a form more akin to the heels of today. The toes were lower to the ground but the heel was raised by a smallish block.

Initially, though, it was men who donned these luxurious new shoes.

The high-heeled shoes of the 17th century were a status symbol. Only men who had plenty of money could afford them. And only men who did not have to work could wear them on a practical level.

As such, during this period in the history of high-heels, they became the shoes of kings, princes, and noblemen.

King Louis XIV of France was particularly fond of high-heeled shoes and began to regard them as a power symbol. The higher the heel the more powerful the wearer.

King Louis XIV was so fond of the heeled shoes that he had many pairs made especially for him. A variety of materials were used including satin and velvet. He had them dyed or painted red or royal blue to further emphasize the luxury of them.

Many a painting of Louis XIV shows off his lavish shoes. He even went so far as to insist that anyone entering his court wore red high heels!

Of course, then, as now, celebrities were trendsetters. Heels became increasingly common amongst the commoners as they tried to imitate the style of the king and his court.

This ultimately led to rules passed on the height of the heel based on social classes. Only royalty was allowed to wear the highest heels of 2 ½ inches.

Female courtesans had also begun to wear high-heeled shoes during the 17th century. Courtesans, or women of the court, could often do things that their common counterparts couldn’t.

As the 18th century rolled around, things began to change. First and foremost, common women began adopting the style.

Naturally, once women too began wearing high heels there had to be some distinction between men’s heels and women’s heels. The fragile egos of noblemen needed protecting then as now.

Women’s heeled shoes had a thinner heel making them more difficult and uncomfortable to wear.

Eventually, as The Renaissance and Enlightenment began, men stopped wearing heels. The Enlightenment convinced men that they were rational beings opposite to the irrationality of women.

Heels, which were worn for status and fashion rather than utilitarian reasons, were irrational. Therefore, heels were relegated to the women’s domain.

This gender switch wasn’t the biggest change to hit the history of high-heels during this era.

The major change came towards the end of the 18th century. Around the year 1780 when the French Revolution caused incredible turmoil.

High heels, though worn by nobility and commoners alike, had long been associated with power, pride, and royalty.

When the revolution began, nobody wanted to associate with royalty anymore for fear of losing their head!

Similarly, in other countries like Britain and America, high heels and other cosmetic products were deemed licentious. Women caught wearing heels would be treated to the same punishment as witches, burning at the stake!

The latter half of the 19th century saw high heels undergo a revival.

Initially, they reappeared about 2 inches in height. As the century progressed more and more heel designs were patented and heels became a staple of luxury fashion. The Pinet heel and the Cromwell heel were invented during this time and sold very well.

It’s important to note that thanks to the Enlightenment, high-heels at this point in their history were strictly for women.

The invention and mass production of the sewing machine in the 1850s meant that heels could also be mass-produced. This lowered the cost considerably and brought high heels to the masses.

The first half of the 19th century saw two bloody world wars consume most of Europe and the Western world.

You might think that during this time, people had more important things to think about than high heels. To an extent, you’d be right.

Heel makers, like everybody, were subject to rationing. Materials like silk, rubber, and leather were no longer available so cheaper products like cork or wood were used for soles.

Despite the difficulties faced by heel makers in the production lines, there was not a slowed demand for high heels.

The advent and proliferation of film and photography spread images of sexy, high heeled women around the globe.

The likes of Marilyn Monroe and Audrey Hepburn helped to convince women that high, often stiletto-heeled shoes, were the quickest way to a man’s heart.

Also at this time, pin-up girls became increasingly popular. This was particularly the case with soldiers stuck hundreds and thousands of miles away from their lovers.

The popularity of stilettos and other thin, high heeled shoes in the early to mid 19th century is largely responsible for the shoe’s continued popularity today.

However, the last 3 decades of the 20th century saw a change in the perception of heels.

In the 1970s, second-wave feminism helped liberate women and create a new perception of women’s roles in society.

The idea of wearing heels to please men became incredibly unpopular and high-heels suffered a dip in popularity during this phase of their history. However, it was also during this era that designers like the fabulous Manolo Blahnik came to market!

They revived in a new form in the 1980s when celebs like Madonna, Freddie Mercury, and David Bowie began wearing heeled shoes and boots as a fashion statement rather than a cosmetic aid.

In the 1990s a number of our all-time favorite high-heel designers appeared on the scene. Names such as Christian Louboutin, famous for his red-soled shoes. Stuart Weitzman, famous for his one-of-a-kind, shoes studded with thousands of diamonds and his perfect knee-high boots!

What Your Favorite Shoes Say About Your Personality

Today, the nature, reasoning, and cultural implications of high heeled shoes are complicated.

There are those who wear heels for aesthetic and cosmetic purposes, others to make a fashion statement.

Sometimes heels are part of a women’s uniform though in most places there is significant outrage at the idea of forcing women to wear heels.

Heeled shoes are not strictly limited to women’s fashion anymore. The rise of androgenous fashion has brought heels back into the men’s sphere. They are still not as popular amongst men, however.

Nowadays, we have a huge selection of shoe styles and types available. The number of different high-heeled shoes available helps their popularity. There is a heeled shoe for every occasion.

High heels have wethered wars, laws, cultural, social, and political revolutions. They might be uncomfortable at times. Impossible to walk in under some circumstances. But, there’s one thing you can’t deny. They are clearly incredibly enduring!