Everything You Need to Know About Clubhouse & Audio Social Media 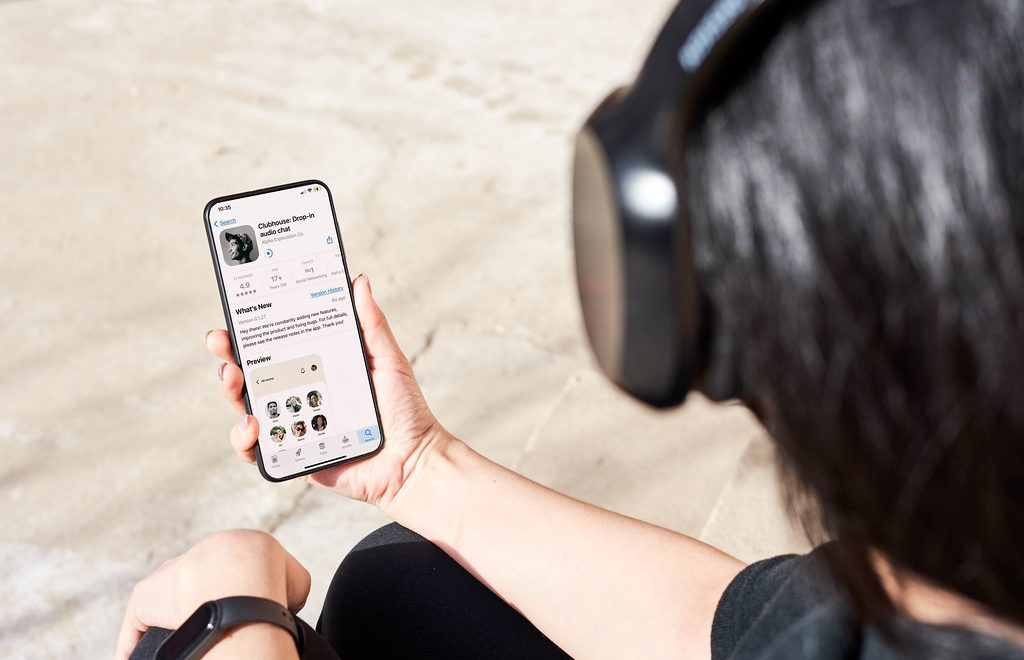 It was April 2020, the very beginning of the COVID-19 pandemic. Lockdowns were widespread and now looking back it seems serendipitous that Clubhouse made its debut. The drop-in audio only social media app hosts virtual rooms for live discussions. Stuck indoors, individuals around the world quickly began to yearn for social interaction beyond the walls of their homes. So live discussions had instant appeal. Here we are one year later, read on for everything you need to know about Clubhouse and what’s next for audio social media.

Clubhouse is an invitation-only audio social media app for iOS users. The intimacy offered by audio is highly appealing, especially in comparison to text-based social media. The app quickly gained popularity in Silicon Valley creating a solid base of tech-savvy and innovative users. A crowd ripe for rich content.

Clubhouse rooms offer live opportunities to participate through speaking and listening, just by dropping in. The company describes itself as “a new type of social product based on voice [that] allows people everywhere to talk, tell stories, develop ideas, deepen friendships, and meet interesting new people around the world.”

While early adopters were often focused on tech, finance, and venture capital-related topics, Clubhouse quickly expanded beyond these themes. However, thanks to the invitation-only sign-up, users and themes still remain in an elite channel of society.

So How Do You Get Invited

The easiest, and quickest, way to join the platform is with an invitation from a friend who already has a Clubhouse account. Initially, each new member receives one invite. Then, after some time users get more invites to use. The process is simple, the active user sends an invite by text to their friend to download the app.

But, what if you don’t know anyone with a Clubhouse account? Some hit the black market. But we can all imagine how that could go wrong. So for the rest of us, we wait. The creators of Clubhouse have said they hope to complete the app’s beta stage in 2021 so they can eventually open up the audio social media app to everyone.

China also quickly took to Clubhouse, however as of February 2021 the Chinese government has blocked the app as part of its ongoing control over news and information.

The Best Podcasts to Listen to While Staying Home

10 Best Podcasts for Women by Women

Some say Clubhouse can also be a great dating app. While not built with this as its driver, the audio social media app offers an interesting and completely different way to find a love connection. In contrast to dating apps, the connection is all about conversation, the usual dating app gallery of photos and personal stats play no part.

One example of the app’s romantic ecosystem are the Shoot Your Shot rooms. These suggestively named rooms feature users pitching themselves onstage as dateable. Either to a specific person or to a group. Currently, there are groups oriented toward a variety of different identities, including Shoot Your Shot LGBTQIA, Jewish, Middle Eastern, and Desi. If individuals find a connection they can decide to connect privately.

One of the most popular Shoot Your Shot rooms is “NYU Girls Roasting Tech Guys: A Bar Simulation”. The comedic dating game-esque group is run by eight NYU graduates and regularly draws thousands of listeners per night.

Some say Clubhouse only rose to fame thanks to lockdown life, however, live audio has been brewing since pre-COVID. Facebook has been working on perfecting live audio rooms for some time now and social media apps like Twitter, Discord, Reddit and Slack are all paying attention to live audio features. So, it seems audio social media is here to stay. And as for whether we will all be in the Clubhouse in 2022, or not, this remains to be seen.