Five Books Written For and About Women, by Women Authors 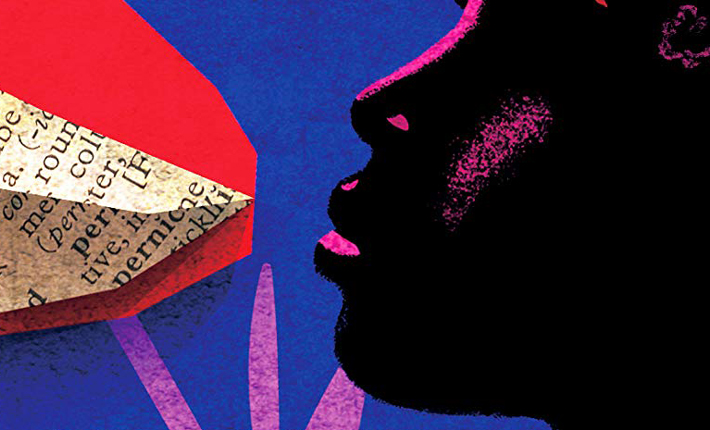 Women can do anything. Create beautiful designs, lead corporations, and change the world. Still, this message isn’t something we see enough in popular media. But the world of literature has given us many amazing stories about women’s resilience, wisdom, humor, bravery, and determination. So, here are five great books written for and about women, by women authors.

Five Books For and About Women, by Women Authors

1. I Know Why the Caged Bird Sings by Maya Angelou

The caged bird that’s trying to break out has always been a symbol of struggle against oppression. Maya Angelou uses this symbol to convey how she is trying to escape a world of conflict, racism, and sexism.

I Know Why the Caged Bird Sings is an autobiographical showing us Angelou’s life as a child in the 1930s. We see this poor, marginalized black girl endure racism, rape, and rejection from her community, including her own mother. As an adult, Maya Angelou learns that her own strong spirit, love, and kindness towards others is the best way to be free.

The book is a powerful and poetic tale of strength and breaking out of one’s cage. As one GoodReads’ reviewer beautifully summarized, this exceptional autobiographical narrative “will touch hearts and change minds as long as people read.”

2. We Should All Be Feminists by Chimamanda Ngozi Adichie

We Should All Be Feminists is a great introduction to the world of women’s rights and feminism. This book-long essay addresses a major topic of how the word “feminism” is often associated with misconceptions and stereotypes such as brainwashing.

To counteract this, Chimamanda Ngozi Aidchie gives readers a simple yet powerful explanation of feminism; the social, political, and economic equality of the genders. She addresses widespread stereotypes about feminism head-on. Even when her own friends labeled her as a supporter of terrorism, Aidchie continues her efforts to explain that the word “feminist” has nothing to do with angry, bitter, and men-hating women.

Overall, the core of this book is a story about the life-long struggle of achieving gender equality. According to the author, feminism matters because it helps address the silencing and oppression of women. Because of how generations raise the next, the idea of gender equality and feminism continues to struggle with these labels.

3. The Terrible by Yrsa Daley-Ward

The Terrible is a book about a woman who’s trying to navigate her life alone. In this powerful piece of brutally honest writing, Yrsa Daley-Ward shares intimate details of her life without her father and the harsh truths she had to learn.

These truths are the titular “the terrible.” As a young woman, the author couldn’t understand the emotional toll of having faced significant negativity and hardships so early. She grew up as the only child of color in a white neighborhood, was raised by a family of extreme Christianity, and saw her single mother being hurt by numerous toxic relationships.

Later on, the book also shares Daley-Ward’s story as an adult where she also had to suffer from “the terrible.” She found that it was constantly growing and taking a more serious emotional toll, as she found herself addicted to drugs and going through multiple mental breakdowns.

After experiencing all the bad things that happened to her, the author reaches the climax and confronts “the terrible.” Only through recognizing the impact of her abuse and embracing her self-sustaining optimism can she escape and heal.

4. The Girl with the Louding Voice by Abi Daré

The name of this book gives us a hint about the main character. “The Girl with the Louding Voice” is a story of Adunni, a young girl from Nigeria who wants to get an education but finds herself in an arranged marriage instead. Her determination to go to school—which was something that her mom wanted Adunni to do—prevails, as she flees her abusive husband and her native village.

The book follows Adunni’s journey filled with dangerous, life-changing, and extraordinary events. During her journey, when she ends up working as a maid in Lagos, she gains access to books such as English dictionaries. Finally, she finds her chance to learn. Her unstoppable character and determination fuels her on the journey to the “louding voice,” which makes the book a wonderful example of how fighting for your dreams can be rewarded.

Despite the difficult obstacles in Adunni’s path, she never gives up on her goal and escapes the life of poverty. The outcome reminds the readers about the author’s message: reach for your dreams and perhaps you’ll change the world.

5. Wow, No Thank you: Essays by Samantha Irby

Wow, No Thank You is a collection of essays where Samanth Irby explains her life as a married woman in her forties. She puts together a great collection of stories where she found herself in situations that many people find relatable. Humor is a prevailing theme throughout the book, as Irby makes funny comments about her behavior and decisions in life.

However, at the core of the book is the author’s inner dialogue, pushing us to become more critical of things. That dialog also allows us to notice things that nobody else sees, which often turns into hilarious situations. Irby shows how her own inner dialog guides her choices of clothing and footwear, dietary preferences, bathing products, and much more.

There are hundreds of feminist books by talented women authors, so these are just a few we recommend!

Donald Fomby is a professional blogger and content writer from TrustMyPaper. With a knack for building connections with readers, he writes easy-to-read content about online business, marketing, as well as trendy and interesting topics. The literary world is one of his biggest interests, as Donald reads at least two books every month.

And what’s On Our Shelf