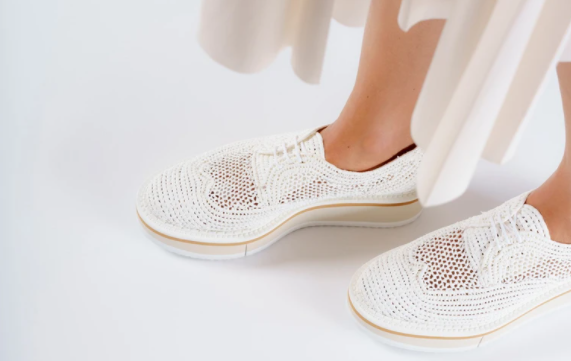 It may sound odd or even absurd, but the women’s shoe market is among the most conservative in the entire fashion industry. In a creative environment like haute couture and accessories, women’s shoes tend to remain equal to themselves, carrying on a tradition rooted in the late Sixties, early Seventies of the past century, with minor or even negligible innovation. But in 2021 and in the coming years, this anomaly is about to be subverted, maybe once and for all.

In fact, a few footwear companies are trying to reorient and, at the same time, give a fresh boost to the whole market. How? By proposing a series of brand-new crafted items, specifically designed with the aim of redefining the traditional identity of female footwear. We are talking about brands such as Clergerie, Toni Pons, or Castañer. The main peculiarity that these companies have in common is the rejection of any aesthetic convention. The lack of influence from the most current trends and the constant, sometimes stubborn, quest for originality. Once dedicated to those clients who were searching for an alternative, maybe avantgarde, look or a hyper-personal dress code, brands such as these have now reached the mainstream, and they did it without negotiating their identity in any way. Instead, they just made their proposal, gaining a growing consent year after year.

But what are the main features of this new wave of women’s shoe design? What makes these shoes so special and different? We have detected three elements: let’s take a look!

Who said that a woman can’t look feminine without a pair of high heels? If we take a look at the most recent collections of women’s shoes issued by the above-mentioned companies, we can easily notice that most of the items have medium heels or no heels at all. And they are absolutely still feminine. The idea of comfort over appearance has taken hold in the last months, and it’s guiding a sort of revolution in the whole fashion industry.

Number 2: Let’s Be Open to Every Kind of Suggestion

The recent recruitment of Jérôme Espinos as the new president of Clergerie, as well as the cooperation established with the Chinese stylist Lucia Liu, are proof that a company like this wants to keep on experimenting tirelessly as if it were on a mission for it. On the other hand, inspiration can come from anywhere, and sometimes it travels unexplored paths.

Two-tone women’s shoes are on the top of many consumers’ wish lists. Especially since Chanel launched its latest women’s footwear in 2020. But it’s not the only option available. The good old monochrome shoe is not a piece of antique or a relic: it could still be an interesting solution, even for the most innovative and unconventional shoes. Some companies have taken the challenge: let’s bet everything (or almost) on monochrome items, neutral colors to match with almost every kind of clothing style. A real abstaining from the past excesses, in order to make everybody fit to wear those shoes. No wonder this strategy has put some brands on top as the most valuable over the last 12 months.