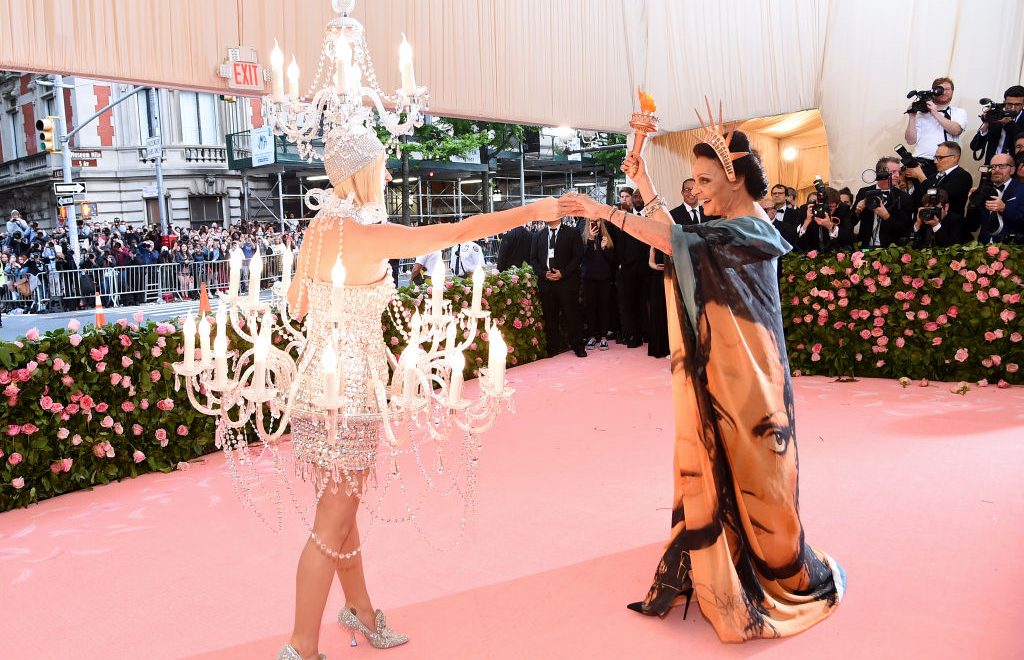 While we are not back to pre-COVID status we are living in a new world where our favorite VIP events can once again take place. And we will happily accept the intimate approaches to public events popping back into society! When it comes to fashion, the Met Gala event and the Metropolitan Museum of Art’s co-exhibitions are pillars. We talked about the event in anticipation back in April after it was announced the event would be postponed until September 13th along with a two-part edition of its annual fashion exhibition. Now here we are with the Met Gala 2021 on the horizon and we can’t wait to check out all the looks by American Designers walking down the red carpet!

The theme for the 2021 edition of the Met Gala is American fashion. A theme chosen to commemorate the Costume Institute’s 75th anniversary and the museum’s annual fashion exhibition, In America: Lexicon of Fashion. The exhibit is set to open just after the kick-off event on September 18th.

NYC has been a buzz with New York Fashion Week and now the Met Gala event will close the season and celebrate American fashion. In anticipation of the event, we have chosen 15 of our favorite American Fashion designers who we so hope to see on The Met Gala 2021 red carpet. A moment sure to be full of meaning and inspiration! Will they make a political statement? Get literal with Red, White & Blue? Celebrate an American period–think Hollywood Glam or an ode to the Roaring 20s? But also of great importance, which American Fashion designer will the VIP strolling across the red carpet choose to wear!

Óscar Arístides Renta Fiallo was a Dominican fashion designer. Highly known for his harmonic combination of traditional craftsmanship with modern touches. Oscar de la Renta was very popular among the First Ladies and some of his best pieces were for political events.

Carolina Herrera is a Venezuelan-born American fashion designer, who was first known as one of the most fashionable women in the world. Later, her designs became perfect examples of elegant sophisticated, chic and classic.

The controversial design genius, Halston, revolutionized the 70s with his minimalist designs. But mostly for his unique Ultrasuede.

Ralph Lauren is to this day celebrated for his exquisite fashion sense. His style embodies chic sophistication as well as classic innovation, being the first to design women’s suits in the classic men’s style.

Currently in the spotlight for his participation on Gossip Girl’s reboot, Christopher John Rogers is a New York-based designer whose style mixes creativity and bold patterns. A name to know among American fashion designers.

All throughout Kate Middleton’s wardrobe, we find the most elegant gowns by Jenny Packham. Being not only a bridal but also an evening wear master, we hope to see a lot of Packham on the red carpet this year.

After a long career as a senior fashion editor at Vogue and as design director for Ralph Lauren, Vera Wang opened a bridal boutique and created the empire we still see today.

Known for his womenswear, menswear, jeans, cosmetics, and perfumes, Calvin Klein remains, to this day one of the icons of ready-to-wear and fashion in general.

Anna Sui is a fashion designer as well as a perfumer. Constantly celebrated in the history of fashion as the genius behind her Maison.

Posen’s outstanding tailored designs assured him a big name in Hollywood. His style his all about both elegance and sensuality, representing the true nature of the city of stars.

Fashion designer Diane Von Furstenberg is best known for her use of bold color and unique fits. However, she is also highly focused on using her voice to empower women through every single creation on and off the runways. An iconic female among the most famous American fashion designers.

From November 2012 through July 2015, Wang was the creative director at Balenciaga. Wang is mostly known for his urban-inspired clean designs.

It is specialized in women’s wear and based in New York City. Marchesa is known for designing dresses for many renowned celebrities.

Charles James is best known for his ball gowns and highly structured aesthetic. Being one of the most influential fashion designers of the 20th century.

TOP 50 FASHION DESIGNERS OF ALL TIME
THE MET GALA IS BACK IN SEPTEMBER 2021!
CAMP AND KITSCH AT HOME: THE MET GALA 2019 THEME IN FURNITURE