Who Is the Designer Halston? 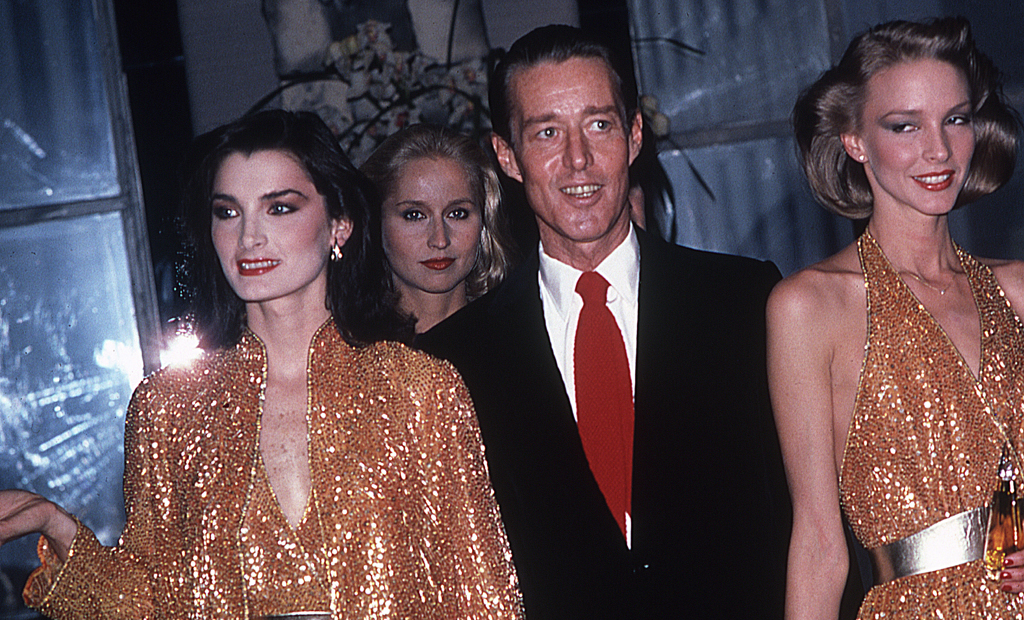 With all of the curiosity surrounding the Netflix Docuseries produced by Ryan Murphy, Halston, people are asking, “Who is the designer Halston?”

Born Roy Halston Frowich, Halston was an influential American Fashion Designer during the lavish disco era of the ’70s and ’80s. Renowned for his simplistic yet sultry dresses, his sharp eye for hat-making, trailblazing inclusivity with diversity in his model’s races and body types, along with his partnership high and low-end brands, and he was one of the first to license his name. With his accolades, Halston became an international sensation dressing some of the biggest icons of his time.

Halston came from humble beginnings in the Midwestern city of Des Moines, Iowa. However, he always had aspirations of making it as a designer as he would design for his mother and sister at a young age. He would soon attend Indiana University and the Art Institute of Chicago while working as a merchandiser at high-end department store Carson Pirie Scott.

Shortly after, he would go on to meet Andre Basil, a luxe hairstylist who worked at the Ambassador Hotel in Chicago, who would be his ticket on to the scene as he showcased a few of Halston’s hats inside of his salon. Though the friendship between Basil and Halston was short-lived, this didn’t stop Halston from making his next move to New York City in 1957.

Halston quoted on his move to the big apple on ET, “I was a young man when I first came to New York, and it was the land of fantasy, style, beauty, glamour, safety, everything. All-day and all night.”

The Making of a Magical Milliner

Once in New York, Halston would work as a millinery design apprentice for household name Lilly Daché. After designing under Lily Daché for a year, he decided to branch out on his own. He began establishing his high-end clientele with Kim Novak, Gloria Swanson, and Fran Allison. He also got the chance to travel to Europe with the companies buyers.

There he came into the likes of Diana Vreeland, one of the most influential people in fashion working as an editor for Harper’s Baazar and Vogue. Vreeland said, “He was probably the greatest hat-maker in the world, an absolute magician with his hands.”

In 1961, Halston custom-designed a pillbox hat for First Lady Jacqueline Kennedy. She would wear this hat to the presidential inauguration of John F. Kennedy. This monumental moment in history would sky-rocket the demand and popularity of the hat-maker. First Lady Kennedy was quite fond of Halston’s hats. She and Halston had the same size head, which allowed him to fit them perfectly using his own for reference.

Halston said in an interview with ET, “I remember Mrs. Onassis, who was Mrs. Kennedy in those days, came to me and wanted to look like a woman on the street. She didn’t want to look like Mrs. Kennedy. And she came, and we made her an enormous wardrobe of things. Just sweaters and pants and trench coats and scarves and that sort of thing. So, she would look rather simple and walk down the street without being noticed.”

Halston launched his first apparel collection in 1966. It was a defining moment in the brand’s legacy as it was simplistic and classic in design “no-frills.” In contrast, also offering sultry cuts and fabrics that draped beautifully across the body in a way that the woman still owned the dress and not the latter.

On December 2, 1968, Halston would open his first boutique on Madison Avenue in New York. His loyal clientele, including Liza Minnelli, Raquel Welch, Anne Ford, Jacqueline Kennedy, and many others, would follow him from Bergdorf Goodman. His approach within his boutique was honest. He never tried to sell to his clientele but would suggest what was best.

Halston decided to sell his self-named brand to Norton Simons Inc. for an estimated $11.5 million as the business began to grow. He remained as a head chair within the company.

Through the late ’70s and ’80s, he continued to revolutionize popularizing Ultrasuede and his iconic halter dress during the peak of the disco era. He was also known for his inclusivity when it came to offering his pieces for various body types. He described to WWD, “One has to think of every American wardrobe need from the with-it young girls with style to the woman that leads a corporate structure lifestyle. That means I have to have a short dinner look, a gala look, something for entertaining at home, and practical clothes that adapt to climate change.”

Then to Accessories & Beauty

As he grew, he expanded his licensing to other facets, including furs, luggage, perfumes, cosmetics. He seemed untouchable at this point in his career. He had received four Coty Awards for his millinery and apparel. Then in 1974, Halston was inducted into the Coty Hall of Fame. It was estimated in 1983 that his brand was worth $150 million.

The Halstonettes had a significant impact on the influence of his brand and brought more allure to his designs. The posse of Halston dressed models were frequently seen traveling and partying alongside the designer. All dressed in matching head-to-toe Halston. The group showed the variety of women that could be in his clothes. Different body types and ethnicities. Some big names that you could see parading within this entourage were Pat Cleveland, Anjelica Huston, Beverly Johnson, Elsa Peretti, and more.

The Downfall of Halston

What once was a luxurious and thriving brand slowly began to decline in more ways than one. In 1981, per a piece from the New York Times, Halston signed a deal with J.C. Penny Co. Inc. to become more inclusive for those with lower income. This decision was not in good taste by his long-term partnership with Bergdorf Goodman; shortly after, the department store pulled Halston’s designs from stores due to not wanting association with the mid-tier retailer. Beckoning the question of “Does a designer lose status by selling to the masses?”

Once his muse, NYC nightlife and Studio 54 became his downfall as his partying and drug use overshadowed his work. In 1984, Halston was fired from his self-titled brand, which meant he could no longer make or sell clothes under his name. He would spend his last remaining years trying to regain the rights to his name.

He continued designing costumes on a more intimate level for his close friends, Liza Minnelli for her Broadway show “The Act” and Martha Graham for her ballets and dance studio.

A few short years later, in 1990, Halston would pass at 57 after battling AIDS-related cancer, Kaposi’s Sarcoma.

After his passing, his self-titled brand would pass through the hands of many more, never doing the Halston name the same justice that the man himself did. They eventually stopped production on apparel but continued to release fragrances.

A Reboot With Halston x Netflix

However, in 2021, thanks to the popularity of the docuseries, the Halston brand rebooted with a Halston x Netflix collaboration on a limited-edition capsule collection, with all of the fabulous looks from the show. So if you want the Halston look, it’s yours!

We remember Halston for his minimalistic and alluring designs. His popularization of the halter dress for those nights at Studio 54 and his Ultrasuede shirtdress based on a men’s button-down. Halston was the name of the ’70s and ’80s. His legacy and impact on the industry will forever be memorialized during that time.