Fashion Trends Through The Decades 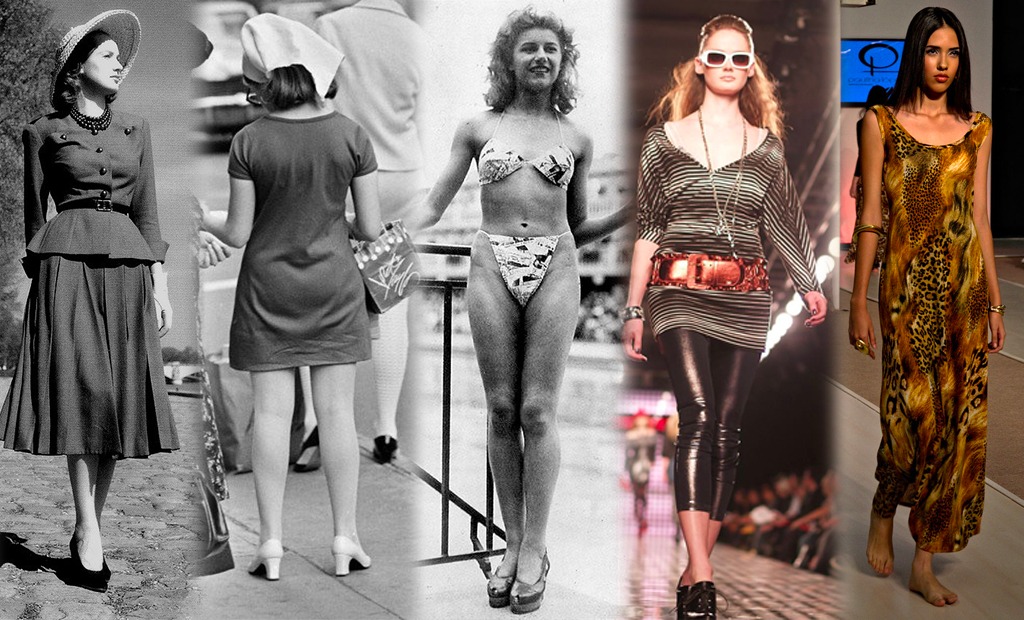 What is life without change? Much like everything in life, fashion too has been subjected to significant changes in the past. Fashion trends change by the minute. Today it is about chokers and platform heels; tomorrow will be all about whimsical skirts and crochet kimonos. Trends have immortalized their name in stone, and trends have disappeared into thin air over the decades. We have compiled some of the most standout fashion trends through the decades of the past century. Let us walk you through them.

Be Inspired by Fashion Trends Through The Decades

Corsets were huge back in the day. The S-bend corset was a variant of the classic corset, except it was designed to help the wearer’s posture and tuck everything in flawlessly. Although restrictive uncomfortable, corsets did what they promised. Often styled with long flowing gowns, corsets help add structure to the outfit and accentuate the wearer’s physique. In fact, corsets have paved the way for shape-wears today. While some people loved corsets, others opposed them and eventually transitioned into using girdles.

Hobble skirts were designed by Paul Poiret and soon took off as they brought something new to the game. Contrary to the previously long hemlines, hobble skirts were narrow through the ankle and occasionally banded below the knees. This design had its drawbacks, primarily movement restriction, which often led to an injury. Although they did not stick around for long, hobble skirts paved the way for more practical designs to be introduced in the future, like duster coats and more.

If there is one fashion trend that personifies the decade of the 20s, it is the flapper look. With its signature drop waists, feathered accessories, and beaded ornaments, the 20s was a glamorous era. While the 20s were a dazzling time, it was in this era that the iconic little black dress came into being, thanks to Coco Chanel. Minimal, simple, elegant, and unlike everything else, the 20s, the LBD revolutionized fashion by bringing minimal fashion into the mix. Black had always been considered a very sordid hue. The LBD’s debut turned it into the style statement that it is today.

The 30s were a time when people were still surviving through the Great Depression. Despite the depressing state of affairs, television was bigger than ever as escapism was what kept everyone going. Films were a huge thing, and it was the leading ladies then who left the masses mesmerized by their glamorous ensembles. Madeleine Vionnet’s legendary bias-cut gown, which enabled fabric to drape over the body, made waves all across for its refreshing new outlook and style.

As we continue on our journey of fashion through the decades, things definitely start to shake up in the 1940s. The two-piece swimsuit rose to popularity during this time as an outcome of fabric rationing enforced by the American government in 1943. Three years later, Louis Reard, a French designer, introduced the bikini we all know and love today. The bikini got its name after the site where America conducted its nuclear tests. The design was labeled daring as it cut below the belly button, something the masses grew decades later to embrace.

Near the end of the 40s, Dior debuted its “New Look” silhouette that featured a structured bust, a nipped-in waist, and a voluminous layered skirt. The opposite of wartime outfits, this look revolutionized fashion unlike any other. Over the years, this look evolved into modern-day feminine fashion, such as full mid-calf skirts, sweater sets, cinch-waist dresses, and more.

The 60s came with a bang and gave the world the scandalous yet super fashionable miniskirt. At the time, many scoffed the audacity of Mary Quant, the pioneer behind miniskirts, but haters were ultimately overpowered. Miniskirts persisted and continued to be a bold fashion choice among all age groups.

Heels have always had a very conflicted following. While some of us adore them, others despise them because they are just uncomfortable. If there is one style of heels that is loved universally, it is platform heels. Platform heels bring you the added height with comfort and ease – truly the best of both worlds. We have the 70s to thank for platform heels, which debuted soon after disco trends took over the fashion scene. This is definitely one of those fashion styles we expect to see reappear through the decades.

Leggings were a signature 80s trend. With the rising popularity of aerobics, it was only natural for leggings to become the next big thing. Leggings were worn with oversized sweatshirts, much like today. In fact, with the advent of athleisure, leggings are now bigger than ever before. Aside from leggings, the 80s brought us iconic power suits. Broad-shouldered and bold, power suits soon evolved into an office wear staple item. To this day, suits are a closet essential. Sleek, elegant, versatile, and statement, nothing quite compares to a suit.

The 90s were a glorious era in every way. The 90s gave us some incredible fashion pieces from low-rise jeans, outgoing outerwear, like a maroon leather jacket and animal printed dresses to sheer fabric, slip dresses, and chokers when it came to fashion. As a whole, in comparison to the flamboyant 70s and 80s, the 90s was all about minimalism. Simple yet impactful was the vibe, and we loved it. The 90s are definitely a fashion trend that keeps making comebacks through the decades.

The 00s were a revolutionary time for fashion’s journey through the decades. People were just transitioning out of skinny brows and chokers. The vibe for this era was hip and fun. Loud tees, bare midriffs, bold logos, and more; while the 00s gave us many trends, one of the most standout ones was tracksuits. Tracksuits were huge in the 00s. From Paris Hilton to Jennifer Lopez, everyone sported them. How can anyone forget the trendy Juicy Couture velour sweatsuits? They were comfy and fun; of course, they were a hit.

Not all fashion trends die, some of them stick around through the decades and evolve into something better, like tracksuits, which stuck around and became into athleisure. Sure, we loved skinny jeans for their effortless versatility, but at the end of the day, all that anyone wants is comfort. Athleisure is everyone’s favorite for a reason. Think of them as elevated sweats; from leggings to hoodies to everything in between, who would have thought sweats would ever be fashionable? We are living the ultimate dream.

Trends evolve. The funny yet gratifying thing about this evolution is how gradual yet stark the transition is. We only notice the stark difference in trends when we look back at them. When you are in the moment, everything feels just right. Trends are disposable, yes, but they are super fun to play with. Draw some much-needed inspiration from trends that reigned back in the day and incorporate them into your modern everyday wardrobe.

Michelle Joe is a blogger by choice. She loves to discover the world around her. She likes to share her discoveries, experiences, and express herself through her blogs.