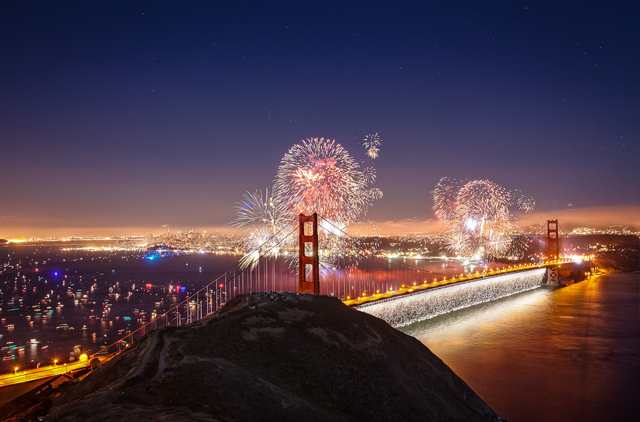 Top 5 Cities to watch 4th of July fireworks
First of all the KOKET team wishes you an Happy Fourth of July.

It’s time to celebrate so let’s see the fireworks and relax near our dear ones. If you don’t know where to go, here I leave you some place where you can have a blast while watching the sky getting light during the night.
#1 Chicago

From a rooftop party to the street, Chicago has a really great way to celebrate this holiday so, it’a all up to you. You can also try a little night sailing excursion aboard a cruise or chartered boat around Lake Michigan.

It’s the capital so, they really take this serious in every each way. Arrive at the National Mall early to get a good spot, but know that the crowds are unavoidable.

It may be foggy but usually you can see it . Fireworks will begin at 9:30 p.m. and will be launched from the base of Municipal pier and barges north of Pier 39. If you can’t make it to the thick of the action, there are other great places to view the show. Stick to the waterfront near Coit Tower, Aquatic Park, the Cannery, and Ghirardelli Square.

You can go to the beach and see some amazing pyrotechnics go head to Redondo Beach, it’s the place to be. But if you want something more sophisticated, the Hollywood Bowl overlook in the Santa Monica Mountains sports have great views of the downtown Los Angeles skyline. So, it’s up to you!