Haute Couture: The Making of Victoria’s Secret Wings
Would you like to know how the stunning Victoria’s Secret wings are made and what counts when you are creating a pair of wings on the Victoria’s Secret runway? Start with hundreds of hours, add hundreds of thousands of crystals, and one very enthusiastic designer. “Nothing is hard. It’s easy, you just need time,” says Serka Cura, the man behind the wings. “With time you can do anything.”, adds the one of the most patient man in the fashion world.

Cura, who’s known as the feather and corset man, was responsible for creating the most extravagant looks for this year’s lingerie runway extravaganza. Not surprisingly, Cura who also collaborated with Comptoir de Cotonniers, likes to take his time on each of his wings. The Swarovski-sponsored set worn by Lily Donaldson took more than three months to complete and is sprinkled with more than 150,000 crystals.

The elaborate purple and pink fairy costume proved challenging even for Cura: it took one day to make each pipe that wraps around her body using a technique he invented. “Nobody has made it before!” he explained, “It’s a dream come true because nobody can make it again.”

While Cura’s known for extravagance and show-stopping fashions, his counterpart, Armando Farfan, is the one who has to make sure everything actually stands up. Farfan and his team, who spend most of their year in Las Vegas, have made aerial pieces for Lady Gaga, Cher, Britney Spears, Katy Perry, and Pink, meaning they’re the structural and internal engineering experts.

“It’s fun for us because although we work with some of the biggest names in the industry there’s nothing else like this,” Farfan says. “Victoria’s Secret has a very refined idea of where everyone’s skills lie, and they start making choices based on how to use those skills to the maximum; that’s how they achieve such great results every year.” Farfan, who crafted two pieces from scratch this year, also helped the more fashion-focused stylists make their pieces wearable.

Weight is one of the biggest issues Farfan faces year after. In his sixth season, he has become the go-to guy for making sure the wings aren’t too heavy for the pint-sized models to wear down the runway. This year, some of them clock in around 30 pounds.

Alessandra Ambrosio holds the record for walking in the heaviest costume to date—68 pounds! (She even had people backstage stabilizing her until the moment she walked out.)

Here at KOKET we are just in love with the amazing details on the feathers and how much the attention to detail matters when it comes to a fashion show or a piece of furniture. Our Divine armoire, for example, a stunting piece of modern furniture, coverer with peacock feathers each individually placed.

The resemblance with the dark green wings used by Lily Aldridge on The Victoria’s Secret Fashion Show can not be unseen.

Each pair of wings requires a high time investment and dealing with super minute details. The show’s masterminds like to see what’s trending in the fashion scene when they create their sketches. Not what’s on the tips of everyone’s tongues when they start brainstorming but predicting what people will be talking about the day the costumes come down the runway. Cura and the other designers work off of these drawings and brings them to life in his own way.

Models are picked to wear particular looks based on their abilities, as Farfan explained. “We look at it differently. OK we know this one, this one and this one have worn some really heavyweight things and really heavyweight looks and really worked them well so that sort of pushes certain decisions because we don’t really want to give a complicated piece to a new model that’s never worn one before,” he says.

“Some wings even have to be altered based on particular models’ walks,” Farfan explains. “One of the Angels has a flair about her walk and the wings just happened to create a harmonic and tapped against each other. We had to add a little bit more structure to restrict the flow but have to do that while being mindful of the weight.” Even though Farfan collaborates with some of the biggest names in the music industry, he says that working on the Victoria’s Secret Runway Show is one of his “personal favorites every year.” 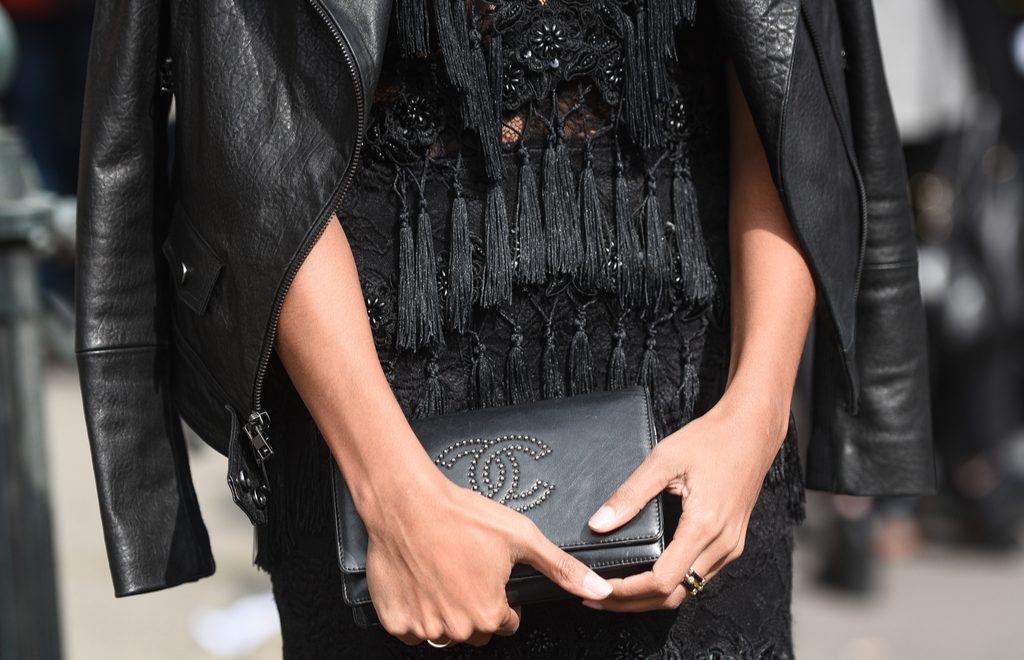