The Atlas of Beauty: Women Empowerment Through Portraiture 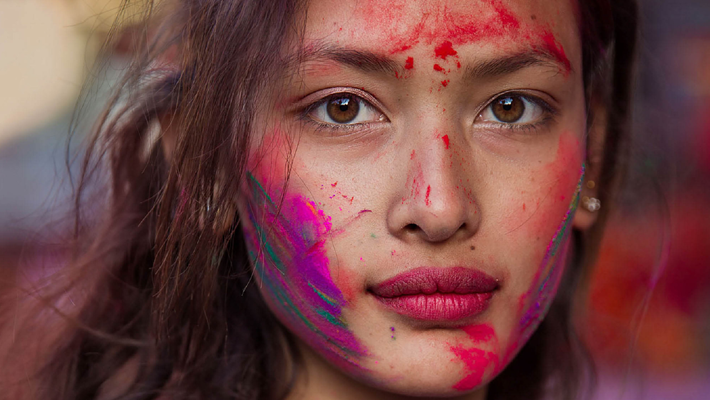 The Atlas of Beauty: Women Empowerment Through Portraiture

In 2013, the then 27 year old, Mihaela Noroc decided to leave behind her everyday life in Bucharest, Romania and follow her passion for photography. Little did she know she was about to embark on a project that would captivate the world of women empowerment and far beyond. A backpacking trip to Ethiopia inspired the next four years of her life which she spent capturing the inner and outer beauty of over 2,000 women in 53 countries with her photographs. In September 2017 her project culminated with the release of a book titled The Atlas of Beauty: Women of the World in 500 Portraits.

A stunning collection of colorful portraits of women in their local communities accompanied by each of the women’s stories fills the pages of the book. It celebrates women around the world and reveals that beauty is everywhere, and that it comes in many forms. We are inundated by images of what beauty “should” look like in the media – The Atlas of Beauty is the antithesis – it shows the diversity of beauty and sends the message that we do no need to fit into a mold, we are each beautiful in our own special way. And that is a beautiful thing!
In an interview with NPR’s Lulu Garcia-Navaro, Mihaela explains that the project which led to the book began as “something very genuine; I just was photographing people that I met and after a year, when [my project] became very popular, I realized that I have to be more responsible and I have to work more.” So to work she went!
On The Atlas of Beauty website Mihaela’s words provide a glimpse into who she is, and how she hopes her project empowers women around the world to love themselves for who they are.
“Even though The Atlas of Beauty became very popular all around the world, I’m the same ordinary person, with the same backpack like 4 years ago, that loves to explore the unnoticed beauty which lies in people around us.
I see myself like a very normal woman, with ups and downs. I work hard for my dream, and, by chance, this dream is very appreciated by mass media. But there are millions of women in the world, that work even harder for their goals and maybe their activities don’t seem so spectacular from the outside. I hope I will have the chance to photograph some of them for the project, capturing their inner and outer beauty and showing them how special they are.”
So many women struggle with confidence and the ability to see themselves as beautiful whether it be on the inside or out.  The women in Mileaela’s portraits are all beautiful, all 500 of them, and not in the sense of super model beautiful, but real true individual natural beauty radiating from within. As you flip through the pages of her book you cannot help but be inspired to believe in your own beauty, and that of the world! She tells NPR’s Lulu Garcia-Navaro, “I did realize the women I photographed were not confident in the way they were. I posted their photos on social media and, after they saw all the comments on social media, they saw [their beauty]. [We] are convinced we have to be a certain way and we are never secure in our own way. From an early age you can really understand that we can be confident and beautiful and however we want. We don’t have to try to change. I think it’s a very big confidence booster.”
“The idea is that we are all part of the same diverse family,” says Mihaela. “In the end, beauty is in our differences. It’s about being yourself, natural and authentic, not about trends, race, or social status.”
Scroll below to see some of our favorite images by Mihaela! The text below each image is the caption she posted with the image on her website and Facebook.

NAPLES, ITALY: Serena makes these little horns which are popular amulets of good luck in Naples and other parts of Southern Italy. They are called “Cornicelli” in Italian and have ancient origins. “This small workshop was opened by my parents. Now me and my sister continue the tradition. I make the horns here and she sells them downstairs, where we have a store.” While traveling In Naples, last year, I discovered a fascinating city, full of traditions, where most people have very strong ties with their families.

KATHMANDU, NEPAL: She’s Sona during Holi, the festival of colours. This huge Hindu celebration is one of the most spectacular in the world. The day when spring comes, when good triumphs over evil, a moment to forgive and to be forgiven. I took this photo on the streets of Kathmandu, Nepal.

OMO VALLEY, ETHIOPIA: With the high temperatures here, nudity is not unusual. Her tribe is called the Daasanach and they have lived in isolation for generations.

HAVANA, CUBA: With her features she could be on the covers of magazines in most countries of the world. But Elianis never thought about such things. She just wishes to finish her studies and become a nurse. Three weeks ago in Havana, Cuba, a place of contrasting colours and feelings.

POKHARA, NEPAL: It was a Sunday in 2015 and just like every weekend, many people from Pokhara, Nepal were spending their time around the splendid Phewa lake.

TEHRAN, IRAN: I met Mahsa a few months ago in Tehran, Iran. Her name means “like a moon” in Persian. When she was an adolescent, her father suggested that she study to become a doctor, but Mahsa was more interested in the arts and she chose to become a graphic designer. She is proud that from the time she turned eighteen, she has been financially independent and soon plans to open her own firm.

CUENCA, ECUADOR: Beauty has no age limit. This seller from Cuenca, Ecuador is the best proof. I took this photo in 2014 during my first journey around the world.

ICELAND: Facebook invited me to photograph six remarkable women for International Women’s Day 2016. In the past three weeks I travelled in six countries, to capture six amazing stories. In this photo is Thorunn, from Iceland. Happy women’s day!

BISHKEK, KYRGYZSTAN: Before her performance in a traditional show, in Bishkek, Kyrgyzstan.

Congratulations and thank you to Mihaela for following her passion, creating these beautiful photographs and sharing them with the world as a way to encourage women to see their own personal beauty.

For more inspiring women and their stories visit out Women Empowerment page!