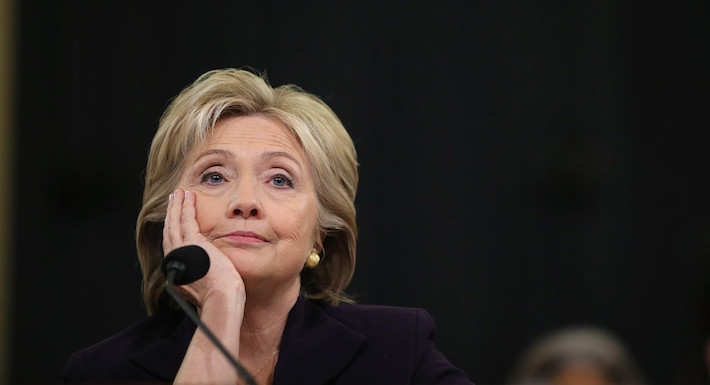 This year has been a whirlwind for everyone — but luckily, there are amazing feminists empowering us as we push through this tumultuous political climate. A lot has happened in the name of feminism this year, in part thanks to these amazing famous feminists of 2017.

Image by the Office of Hillary Rodham Clinton.

Do we even need to explain this one? Former secretary of state, runner up to the 2016 election, grandmother, activist, overall phenomenal woman; the list goes on. Remembering the iconic, empowering Hillary Clinton pantsuit and her tough political fight has gotten us through the roughest days of 2017.

The hearthrob from the premiere season of Orange is the New Black, Matt McGorry is showing men what it means to be male feminists. He’s a master of intersectionality and allyship — make sure to check out his Instagram for excerpts from great books about race in America, too.

She’s known for body positivity, Twitter activism and her delectable recipes. This model and new mom has not shied from speaking out about what she thinks is right — and often, those tweets are targeted right at you-know-who. (President Trump even went as far as blocking the positive body image activist on Twitter!)

While you may recognize her and her white coat from the amazing royal engagement photos with Prince Harry, Meghan Markle has long been a pronounced feminist in the United States. She’s fought for racial equality on her show, Suits, and often speaks out to support girls — like when she got a Proctor & Gamble advertisement changed at the age of 11.

So many people know the pain of being sexually harassed or assaulted and the fear of speaking up. Sparking a whirlwind of sexual assault allegations against powerful men in Hollywood, Congress and other industries, Ashley Judd bravely disclosed her own assault by movie king Harvey Weinstein to the New York Times in August.

This recently-elected Democrat for Virginia’s House of Delegates ousted her predecessor, who infamously introduced bills that would decrease protection for transgender individuals in the state. Danica Roem is trans herself — but that’s not the most interesting thing about her, according to the New York Times.

This famous director is bringing the voices and stories of black America to the big screen. While you may know her from the recent A Wrinkle in Time, Ava DuVernay also directed Selma and 13th, the documentary that unfolds corruption and systemic racism in the prison industrial system.

One of the hosts of the famous Women’s March 2017, Linda Sarsour has come under fire time and again this year for standing up for women’s rights. Her hijab has become a symbol of American Muslim equality, as well, as she’s reminded politicians and the general public of the unfair discrimination Muslims face in this country.

Prime Minister Trudeau of Canada famously appointed the country’s most diverse cabinet in history and since then, he’s committed multiple feminist acts on behalf of the large country. Most recently, he bid a tearful apology to the LGBTQIA+ community for the country’s historic mistreatment of those individuals.