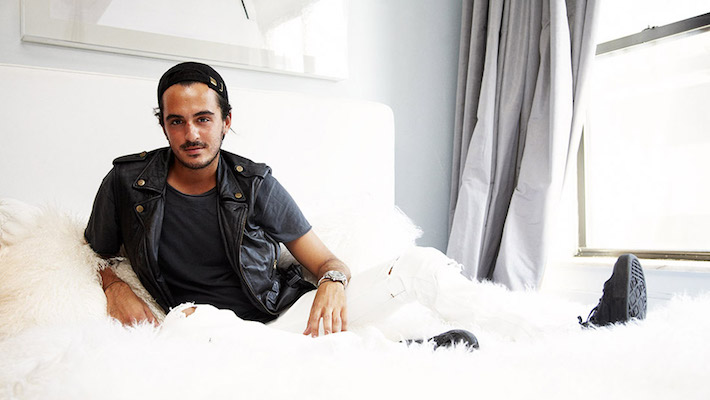 When we think of top interior designers, we usually mean seasoned designers with decades of experience and esteemed degrees in interior design. Top designer Ryan Korban is none of those things — and yet he’s worked with the likes of Alexander Wang and has designed ultra-luxurious condos in New York City.

At 34, Ryan has already established a daring, sought-after aesthetic that has caught the attention of Sotheby’s, Balenciaga, Altuzarra, Madison Avenue and many more.

Often using natural textiles like fur, mixed with animal elements and his signature — exotic stuffed animals — Ryan’s interiors are typically exotic, luxurious and classically modern. While he has no formal training and often still asks questions about things other designers learned in school, Ryan has developed a tight, well-established version of luxury interior design that is at once old world and super modern.

Alexander Wang was one of Ryan’s professors and mentors during his time at the New School, and his influence is clear in Ryan’s work. Ryan even designed a flagship Alexander Wang store in New York.

Ryan also dabbles in residential interiors, including the luxury New York condo, Fivestory, and homes in TriBeCa, Madison Square East, Central Park South and more. While his commercial projects are often hyper-modern and utilize sleek silvers, his residential projects often hint at his urban side, like the Union Square home he designed.

His work at once echoes the sleek modernism of the future and the classic romance of the past. Check out some of our favorite Ryan Korban interiors below.

All images courtesy of RyanKorban.com unless otherwise noted.
What’s your favorite Ryan Korban interior? Let us know in the comments!