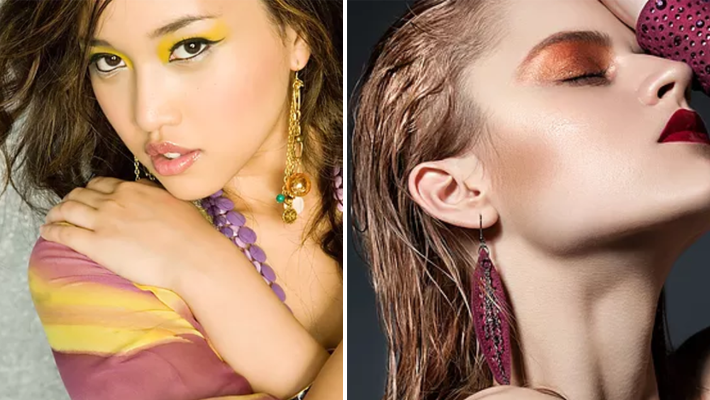 By Tamar Hela
Shanghai is one of the most vibrant cities in China, let alone the world. And with a steadily growing population—it is, after all, the world’s most populated city—there is a multitude of nationalities to be found. And, as China’s financial center, Shanghai attracts all kinds of foreign talent, which is why you’ll find some of the coolest Global Girl Bosses there.

The first Global Girl Boss to start off our series is Lotte Han of Lohan Jewelry, a jewelry design company with an eco/recycling concept. Originally from Hong Kong, Lotte moved to Canada at the age of fourteen, and then, ten years ago, came to China. She, her husband, and their children started first in Beijing, and now she and her husband are settled down in Shanghai.
When she first arrived in Beijing, Lotte landed a post as a creative director in an advertising firm. But at that time, her children were more in a growing stage and needed their mom, so she slowly did less of her own work to help them out, especially with schoolwork. Before she knew it, she got so involved with their schoolwork, she ended up becoming the Chairman of the PTA!

This only lasted for so long, however. As her children began to grow up more and gained more independence, Lotte rekindled her passion for design and creativity, which led to the birth of Lohan Jewelry.

“I had this concept in me . . . all along, I liked jewelry. [I thought] I’m sure everyone has jewelry in their closet or in their drawer, hiding. They’re not wearing it, but it’s good material.”

These long forgotten items aren’t ones to be chucked in the garbage because they’re probably gold, silver, or something with semi-precious stones in them. Lots of us women have pieces of jewelry like this, just hanging around in our closets and drawers. But the problem is that they’re out of style, so we don’t want to wear those pieces anymore. They’re just left in an idle state.
Lotte had a lot of these types of pieces herself. So, she started recycling or “up-cycling” her jewelry. As she began to wear her new creations, her friends took notice and began asking her for help with their pieces. This is how she got started with an environmental concept.

It all began with her eco-friendly mindset:
“Refrain from buying. Check to see if there’s something at home I can use.”

So as she started to help her friends, they’d bring maybe fifteen or so necklaces they didn’t wear anymore. Lotte found she could pick out things like precious stones from them and use those findings to work them into a new design. And the best part? If her friends didn’t like the style over the years or wanted something different, then she could repurpose that piece into another design.
Lotte feels this gift is something that’s always been within her. She has the talent to picture the finished products in her mind, together with the capacity to illustrate them graphically, plus the skillset to bring them to fruition.
As she moved forward with her business, she felt there was a need to further upgrade her skillset in both jewelry design and manufacturing to be in line with the latest trends. So, she sought professional training in order to start working on more exquisite designs and pieces.

Currently, half of her business is recycling jewelry and helping people get new use out of old pieces. And the other half is making new pieces, especially inspired from her travels. For example, while on holiday, she might see an earring with two beautiful stones she can use, but the style itself isn’t to her liking. So she’ll buy the piece with the intent to turn it into something else.

This eco-concept of Lohan Jewelry definitely seems to be a big draw for customers. When people are interested in what she does, Lotte shows them previous pieces and her potential customers become excited. She explains:

“People might think at first, ‘Oh, come on . . .why recycle?’ but I’m sure more and more people will like the concept and there will be more people like me to do this.”

After all, Lotte is no stranger to recycling and reducing waste. In 1988, she and other Canadians started recycling paper when the Canadian government initiated the Blue Box Program. It was confusing and tiresome in the beginning, but eventually people got used to it and it became something spontaneous. She relates this to the concept of recycling jewelry:

“I think the eco-concept could excite everyone, but not everyone has the skill or know-how to do it.”

So, through Lohan Jewelry, she hopes to help people become more aware of our responsibility to the planet. Her pieces are not only sustainable, but they’re also a tangible reminder of how we are all responsible for the environment. Lots of things can be repurposed, including jewelry, so why not do it yourself or find someone like Lotte to do it for you?

In addition to referrals from her existing client base, Lotte has chosen to market and promote Lohan Jewelry through social media and her online store. Because she handcrafts everything herself, she says that the demand and volume of business for the time being is sufficient. However, she sees tremendous potentials to further her business through conducting classes both in person and online videos. On top of that, Lotte is working towards designs that she may license to other jewelry manufacturers to fabricate.

Lotte regularly visits a lot of boutiques/bazaars at international schools in Shanghai to promote her pieces and constantly gain new fans. Currently, she has chosen the online store as her primary sale channel, until accommodation costs become affordable. She intends to keep her shop entirely online, which is just fine with her because she ships globally. In fact, Lohan Jewelry’s first online customer was from Rio!
In the future, things could change. Lotte plans to develop a better business plan to strategize the next 5 to 10 years and beyond (something she’s talked to her business-savvy husband about). Her dreams are down to earth: she wants to help the environment, hoping that people appreciate what she is doing.
To attain that goal, she says, she would like to influence others by sharing her thoughts—running workshops, for example, but her aspiration is greater, which is to create pieces that will be displayed or sold through museums and established galleries. These pieces, she hopes, will be ingenuously crafted and greatly admired by people who visit those institutions.

Some people have asked Lotte where the name Lohan comes from. She says lots of Americans have asked if it has anything to do with the actress Lindsay Lohan. “Noooooooo!” she replies with a chuckle when they ask her.
The name of her business actually came from shortening her first name, Lotte, to “Lo” and adding her last name, “Han”—Lohan. In Cantonese, her first language, “Lohan” sounds like “happy sweat,” which is exactly what she’s doing while working on her unique pieces— she’s happily sweating away and creating something amazing.
And, fun fact: In Mandarin, Han is a family name that comes from Genghis Khan and the Mongols. So, in true girl boss style, Lotte says, “That’s great! My business can grow big like them!”

When asked what’s the best part about being a Global Girl Boss, Lotte says that it’s seeing old things in new way. Especially being an expat in Shanghai, things are constantly changing. “Things change quickly and it’s exciting—so I don’t take it for granted.” She loves that the city is so international, which is especially obvious when she finds herself speaking four different languages during the course of the day!

For other girl bosses or those aspiring, here’s her top advice:
“Be bold. Don’t be afraid. Just try—what have you got to lose? There are so many ways to tackle the same problem, especially living abroad in Shanghai. Keep your eyes open and join groups that will help you.”

Lotte also attributes her success to doing something she’s passionate about, which is something each one of us can learn from. You don’t have to save the world all at once; it’s really about starting small and doing something you enjoy doing. As the saying goes, “The path becomes the way,” and it seems that Lotte had found that to be true for her.
So, go forth, do what you love, try new things, and ask for the support you need. Us Girl Bosses need one another, and that’s the only way we’ll have sustainable success like Lotte Han.
What’s next in our Global Girl Boss series? A headhunter extraordinaire who’s not afraid to be The Boss. Stay tuned!
———-
How can you find out more about Lotte and her company? Simply visit her website and be sure to check out the amazing creations there. Her motto is: “At Lohan Jewelry, we have your missing piece.” So, go and find yours: www.lohanjewelry.com.