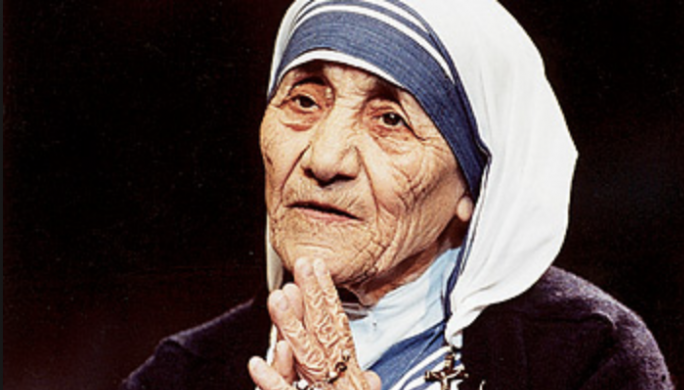 Standing at a mere five-feet while she was alive is a woman whose memory towers over the world to this day. Poor, marginalized, small in stature, and a woman, she had the makings of obscurity, but these were features that did not define her spirit or her message. Her love and compassion gained the attention of princesses and world leaders, earned her a Noble Peace Prize, and touched the hearts of everyday men and women around the world—forcing the world to reexamine their own priorities, hearts, and minds. As we continue to celebrate Women’s History Month, by featuring empowering women, this week Love Happens is honoring the powerful life and work of Mother Teresa. 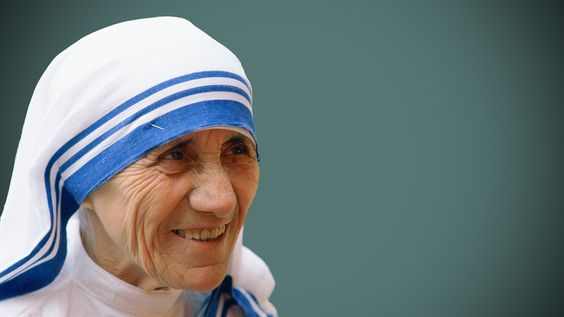 “Do not think that love, in order to be genuine, has to be extraordinary.”
In a world that values prosperity and ambition, Mother Teresa, a woman stripped of all earthly desire, carrying only love in her heart, challenged the status quo. From a young age, Mother Teresa felt a love for God and the poor that compelled her to become a missionary. She made the first steps to fulfilling this calling at the age of eighteen by joining the Sisters of Loreto. 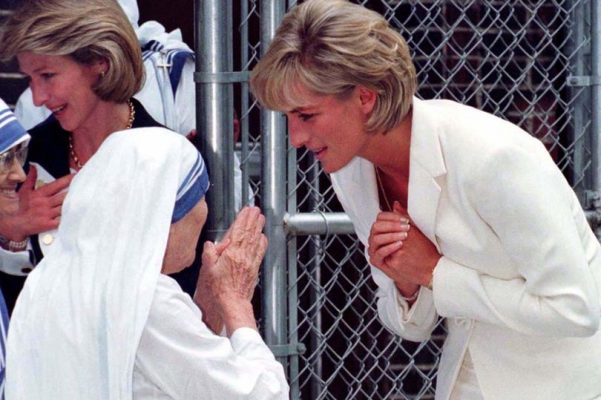 “Be faithful in small things because it is in them that your strength lies.”
A year later she moved to India, became a teacher, and began her monastic journey. While on an annual retreat to live among the poor, twenty years later, she felt a “calling within a calling” to remain with the poor. With the support of the Catholic Church eventually the Missionaries of Charity was formed. Today the charity has surpassed 4,000 members with a mission to care for “the hungry, the naked, the homeless, the crippled, the blind, the lepers, all those people who feel unwanted, unloved, uncared for throughout society, people that have become a burden to the society and are shunned by everyone”. 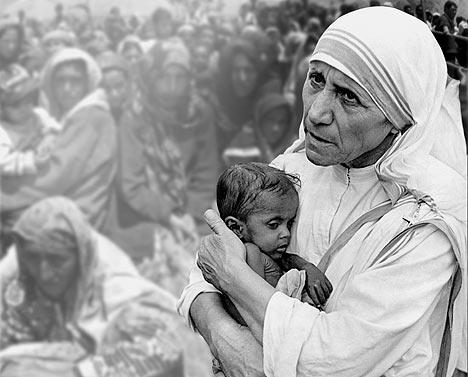 “The world is full of good people. If you can’t find one be one.”
This woman of physical and material mediocrity shook the world through her selfless devotion to the poor, proving that It is not our successes that define or empower us, it is the potential for goodness and selflessness that exists in every human heart that has the true capacity to change the world. It is this forceful essence of love that Mother Teresa leaves behind that reminds us of the power that resides in us all. So long as we have a heart and a mind centered around love, we are empowered to make a difference in the lives of many. 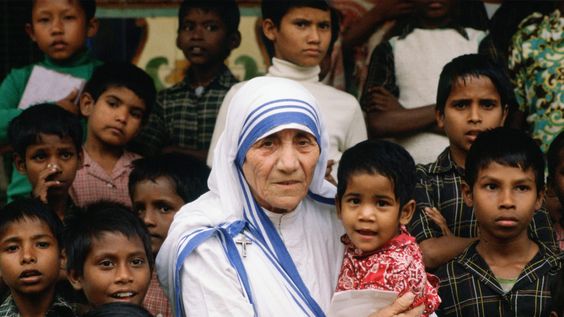