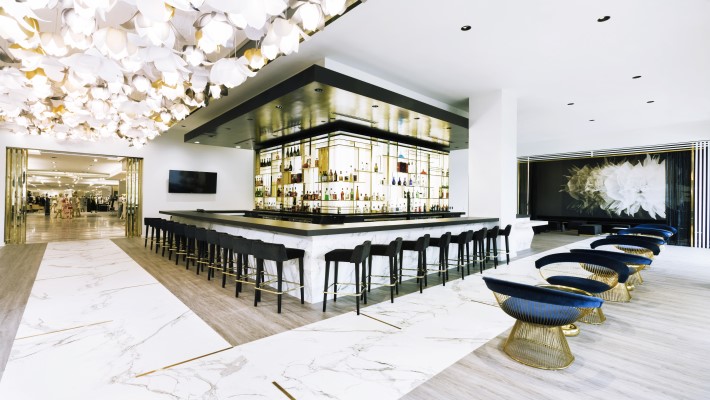 When a love for interior design met drive and talent Contour Interior Design was born! Founded from her passion for design, in 2008, Nina Magon began sharing her refined modern, bold, and glamorous aesthetic with the world. We are so excited to share her story and a selection of her lavish and flawlessly executed creations with you here today! 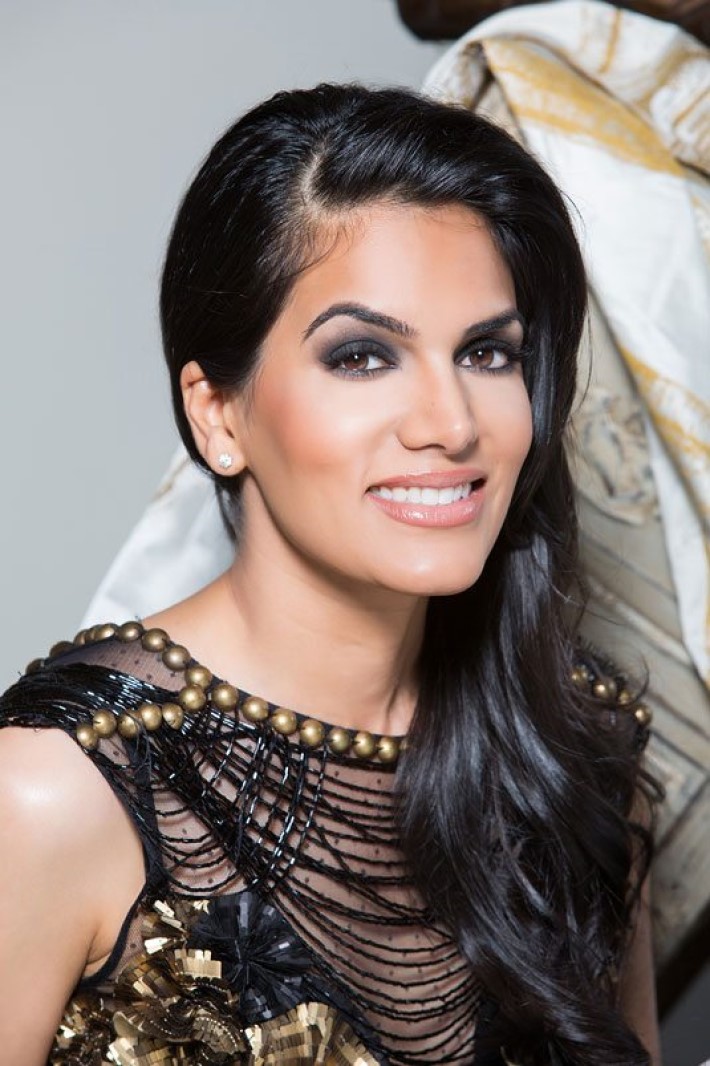 An Early Love for Fashion

While in high-school in Houston, Texas Nina’s love for fashion first took hold. Canadian-born, Nina’s parents, moved their family to Houston in the 1990s. In an interview with the Houston Chronicle, Nina recalls how her passion for fashion first emerged during shopping excursions when her aunt would come to visit from India. “‘Let’s go visit the Versace store, buy Waterford crystal and browse the newest collections of Lalique,’” Nina recalled. “At that time, luxury, designer items were not available in India. I learned an appreciation for all things beautiful from her. She would always buy me a small gift as well such as a Versace plate or designer coasters for my house. I become obsessed with design and the beauty that goes along with it. That is when I got into fashion.”
But following this passion was not the easiest path. Nina’s father was in the real estate business and her parents nudged her towards the family business. Therefore, she obtained a B.S. in Economics and Finance from Southern Methodist University. But while pursuing her degree she made sure not to lose sight of her love of fashion by taking classes at the Art Institute of Dallas on the side. 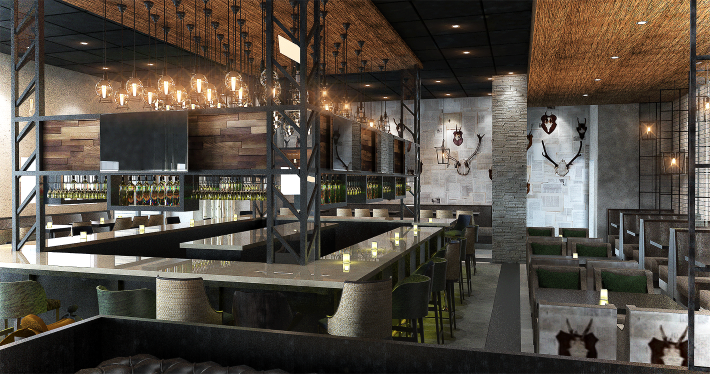 A Passion for Interior Design

After graduation, Nina took her love for fashion and knowledge of business and opened a lingerie boutique. After two years and many long hours in the world of retail, Nina realized she was much more interested in designing her retail space and how product and furniture placement could increase sales than she was in the lingerie itself. “I will never forget that day when I closed down my store with the realization that real estate plus fashion equaled interior design. It was at that moment that I decided to go back to school to do my post-graduate studies in Architecture and Design at The Art Institute of Houston, and I haven’t looked back since,” Nina wrote in an article for Architectural Digest. 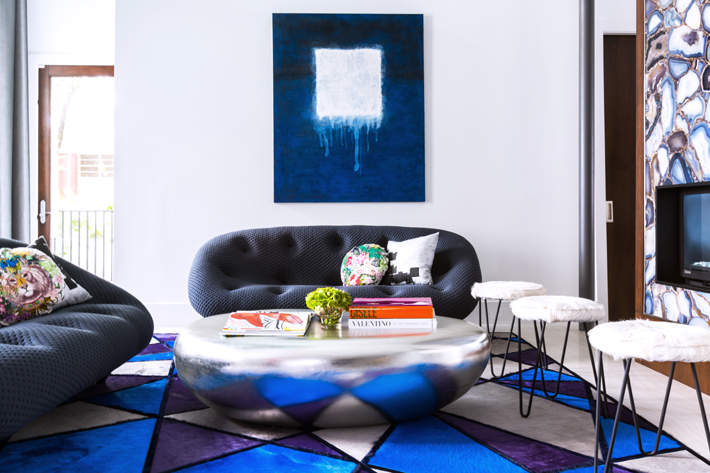 With her store closed, Nina decided she was ready to take on her first design project. She pitched an idea to some investors and designed and built her house. She bought a lot in the West U and hired a superintendent to manage the project.
Knowing little about actually designing a home, Nina hired her Art Institute professors for this real-world education of a lifetime. The home sold four months before it was completed and– needless to say she was hooked on design. 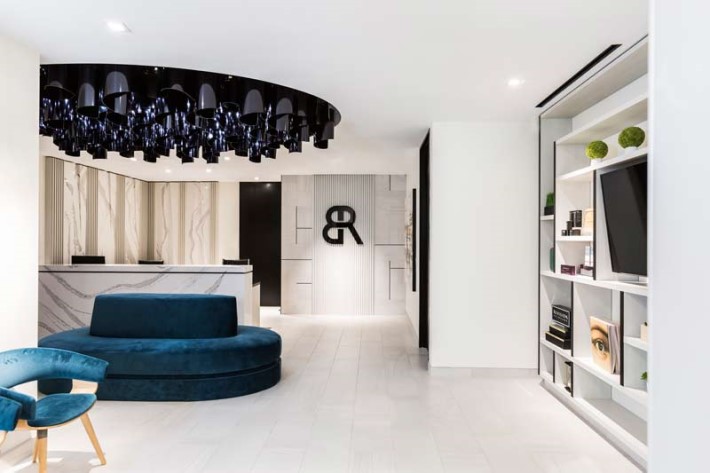 “Whatever you can do, or dream you can, begin it. Boldness has genius, power, and magic in it.”
– Johann Wolfgang von Goethe via Contour Interior Design
Contour Interior Design’s first project began just as the economy was crashing in 2008 so it was a slow start, but with drive and passion Nina soon built up her clientele. Then in 2014 she hit a tipping point when she stared on NBC’s TV show “American Dream Builders” and tied for third place out of 12 notable and established designers from across the country.

“It was the scariest thing I’ve ever done in my life. For the first three weeks I called my family and said I didn’t want to do the show, I wanted to go home,” Nina told the Houston Chronicle. “My husband and my parents said, ‘There’s no way you’re leaving. If they eliminate you, then you leave, but you’re not walking off the set.’”

“I learned that there’s nothing that can conquer me. There were so many people who were so much more experienced than me, and when I saw them going home and me staying, every episode was a confidence builder. Toward the end, I realized that if you have faith in yourself, there’s nothing you can’t do.”

Nina’s success and the exposure gained from being on TV led to many new jobs, including designing the interiors of 51Fifteen, the chic restaurant inside Saks Fifth Avenue in Houston’s Galleria. 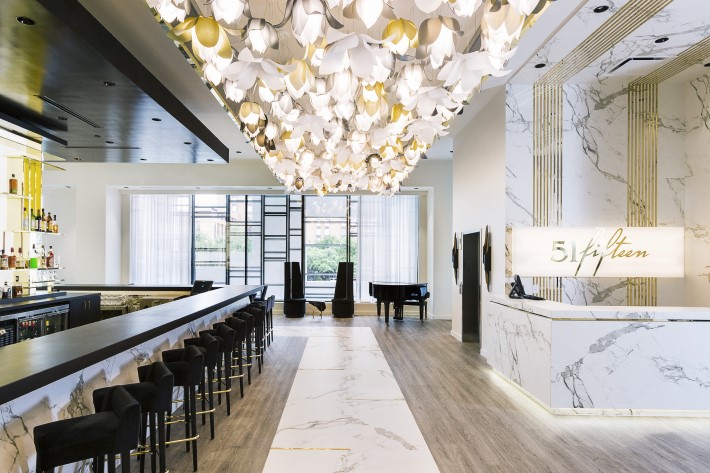 Today, Contour Interior Design consists of a team of 14 culturally diverse, highly capable, creative and committed people that combine to create an unbelievable collaborative group effort in creating unparalleled design. Nina and her team have received numerous prestigious design accolades, making them undoubtedly one of the top interior designers in the country.

What’s Next for Contour Interior Design

Nina currently splits her time as creative director between managing her headquarters in Houston and her virtual offices in Dallas, Austin and Miami while developing new licensing collections under the growing Nina Magon, Inc. brand. With interior projects like the semi-industrial chic Marlowe, a  condominium project in downtown Houston, set to open Fall 2018, and a 20-plus collection of European influenced, high-end luxury home furnishings with Universal, a new look for the brand, set to launch in April 2019, Nina and Contour Interior Design are definitely on Love Happens list of designers to watch! 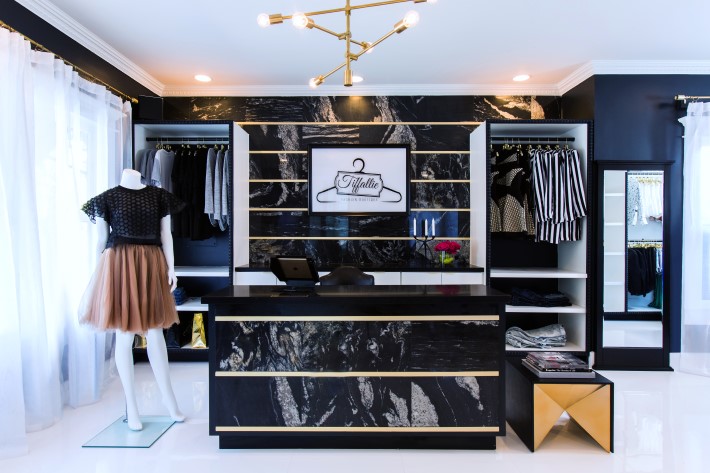