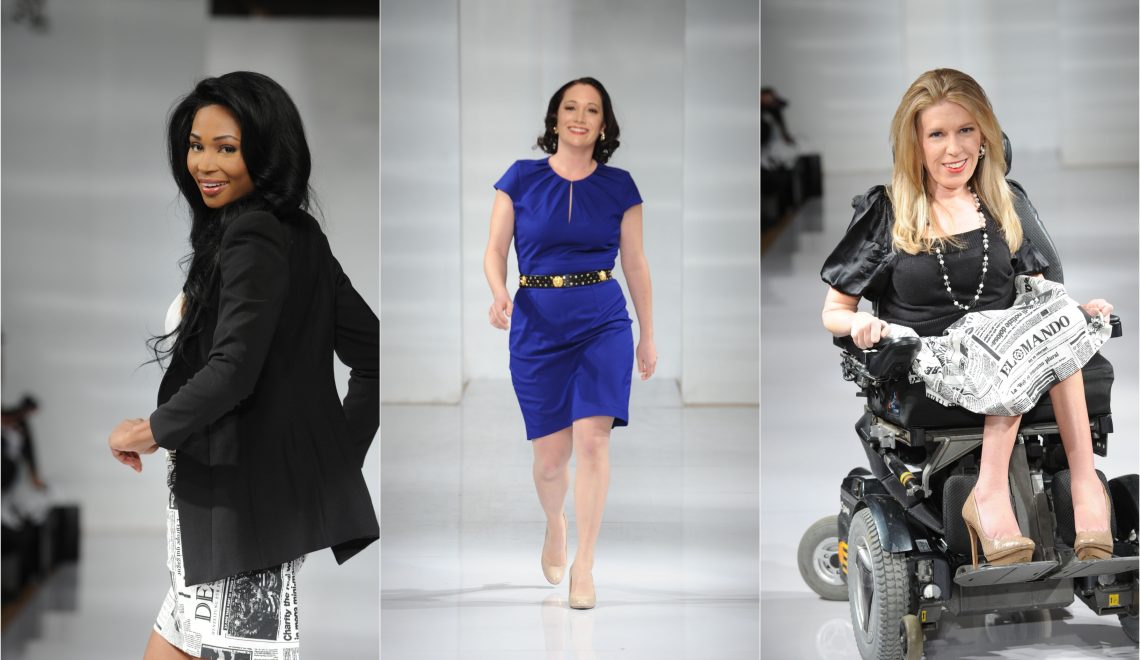 Meet Carrie Hammer, fashion designer turned activist with a powerful campaign she calls Role Models Not Runway Models. A movement which is all about being ‘Body Positive’ and redefining the meaning of beauty in the fashion industry!

How Does One Define Beauty?

The Oxford Dictionary defines it as qualities “that please the aesthetic senses, especially the sight.” However, this definition is lacking. A woman’s beauty is more than just her physical appearance. A woman’s beauty is like a Russian nesting doll. At first glance, all one can see is the shell of the outermost doll. However, the magic is in opening them. Once opened, one finds another doll nestled within, then another, then another. Like the Russian doll, Carrie Hammer encompasses deeper themes than physical appearance in her definition of beauty. Her definition is so much more empowering. According to Hammer, beauty is a source of power that radiates from within, when we see “women and men exuding strength, confidence, and self-love.”

Who is Carrie Hammer?

Carrie began her career as CEO of her self-named clothing brand, a line dedicated to professional women. But this collection led to a greater plight! Carrie has been credited with kickstarting the ‘Body Positive’ movement in the fashion industry. I asked her what led her down this path, and she told me about the real-life ‘a’ha!’ moment that inspired her.

In preparation for her first ever runway show at New York Fashion week, Carrie Hammer and her assistant were struggling to find models that provided the right feel for her clothing. “They were absolutely perfect by industry standards, but there was some kind of visual disconnect that I couldn’t put my finger on.” Sifting through various headshots during the break, Carrie made an off-hand comment saying, “These girls are great, but the women wearing my clothes are executives and power brokers; they’re role models, runway models.” And there it was, their a-ha moment. “We both heard it and felt it and the rest of the idea to use the same kind of professional women buying my clothes on the runway was born.”

Thus began the runway revolution. Carrie started Role Models, Not Runway Models, a campaign replacing traditional fashion models with powerful women: activists, executives, and philanthropists. Curious where she found the powerful women to model her clothing, I asked her about the process of selecting the role models: “Many of the role models were nominated by their peers or women who looked up to them. It’s incredible how many women are touched by leaders when they lead in a powerful and authentic manner.”

Her campaign has changed the experience of fashion shows from one focused on physical appearance to one promoting body positivity. The mission of the campaign is “to expand the global definition of beauty beyond skin deep to include passion, purpose, and accomplishments and to empower a new generation of women to feel beautiful in their own skin.”

A woman’s beauty is commonly perceived to be composed of mere physical appearance. However, it is so much more than that. “It’s the value that you bring to the world. It is the way you make other people feel. The legacy you leave and the kind of life you do your very best to lead.” When people lead by powerful example, others take notice of it. Featured within the exclusive Forbes 30 Under 30 list and named as one of the 15 Female Entrepreneurs to watch in 2015 by Entrepreneur Magazine, people are definitely noticing Carrie Hammer.

With invitations to speak at conferences around the world and her own Ted Talk, Carrie’s influence is growing. Carrie is at the forefront of the fight against the limited perception of women in media. Role Models, Not Runway Models, is challenging the traditional definition of beauty one fashion show at a time.