Women Only Clubs – Rising, Thriving & More Than A Thing 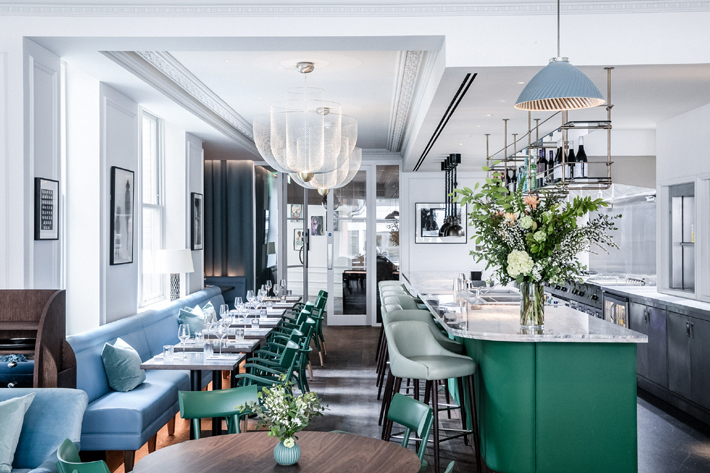 A relaxing glass of whiskey, perhaps a good newspaper read and an uninterrupted smoke on a cigar in the company of a pretty face in a Gentleman’s Club may be a few of his favorite things. But girls just wanna have fun in their own exclusive spaces, minus male gazes, a stogie and a stiff one. Men have had their Boys Only Clubs since as far back as the 18th Century and now Women Only Clubs are making headway, as in 150 offices around the globe, safe spaces with phenomenal, co-working, female fellowship headway. Alas, shared personal and professional social clubs where women are reclaiming their time, mental and professional health.

Here’s to taking up space with like minds, lifting one another up and loving it! Sorry fellas, girl gangs are becoming more popular and we just took a DNA test, turns out we’re here to stay and Women Only Clubs are 100% not going anywhere.

9 WOMEN ONLY CLUBS TO NOTE!

Take The Assembly on for size, offering women workouts, wellness, and meaningful community connections. Whether you show up for some social time, a cup of coffee or cool classes like Come Alive, Thick, and The Release, the membership is all access in cultivating an inclusiveness culture. So if you’re a local in San Francisco, feel free to attend on a daily, where it’s your life and they are your biggest cheerleader. Megaphones and mini cheer skirts not necessary…but it’s a place where there’s no judgment so do your thing in good cheer either way.

The Wing is another private club you need to know about. Enter no-mans-land of coworking spaces for those identifying as women. Where thriving professionals, creatives, and media moguls are pioneering girl gang organizations and making girlfriends along the way. Let’s be honest, freelancing and solo entrepreneuring can sometimes get lonely, missing out on human connection and networking is real. Not today, sister. Members of The Wing are meeting up, establishing healthy relationships, growing and glowing. Some are having Poker nights and Book Clubs in Flatiron, Soho, Dumbo, San Francisco, DC, and West Hollywood. The Little Wing even welcomes the kiddos with classes and activities while boss mommas do their thing.

Don’t fret bros, The Coven in Minneapolis actually has a co-ed conference room if you want in on the girl power posse, but it’s a far cry from your Man Cave and it’s by member invite-only. Women and non-binary individuals are enjoying professional programming like body positivity and financial health speakers, from finance to law to real estate to art or nonprofits, this club has you covered.

Women Empowerment Quotes to Inspire Ladies Around the World

Foosball, ping pong tables and beer on tap need not apply at The Riveter where Shh! While barre and meditation classes may be in session, The Riveter is so much more, at its core, a modern union of working women and allies. Working moms and wellness- conscious women are involving all genders in on their conversations. The fierce, female Founder, NASA Space Camp and NYU law graduate Amy Nelson, says “Our goal was to change the dynamic for women entrepreneurs and business owners and I feel very strongly that to do that you have to involve all genders in the conversation or nothing will ever change”. Through their best-in-class professional and personal development programming, world-class events, flexible membership, and collaborative workspaces, The Riveter is working to champion and elevate the conversation about diversity, equity, and inclusion in work and in business. Come through to one of their ten locations across seven cities including Seattle, Los Angeles, Dallas, Austin, Minneapolis, Denver, and Portland with more coming next year to get in on the discussions and then woo-sa after.

The Allbright was inspired by the first female US secretary of state, Madeleine Albright offering goal-getter members relaxing, therapeutic and meditative treatments. Say no more! This Women’s Only Club encompasses all the dreamers and the doers who may be looking to switch up their careers. You can look forward to getting the tools to go after your ambitions with a little help from your fellow entrepreneur female friends at their Rathbone, Mayfair and West Hollywood locations.

When life hands you lemons, Make Lemonade in Toronto at one of the newest and juiciest Women’s Only Club, co-working spaces on the block. Where it is An environment to create, dream and get sh*t done. Female communities are coming together and squeezing life into making lemonade out of a lemon situation all whilst sipping from a cup of get ish done. The light and bright space offers a variety of flexible packages including drop-in options and also welcomes male-identified visitors – “so long as they relate to the space’s feminist values”. Que the visual, We Can Do It wartime photograph with a woman flexing her bicep here.

Another Toronto and female based club is Verity. Here women network to build relationships, further careers and find solutions to personal challenges. Especially if you might be on a time crunch. The club has a fitness center, spa, pool, meeting rooms, in house florist, members’ lounge and even a restaurant. Oh, you want more, do you? Well, out of towners are welcomed to lay their pretty girl powerheads down at their hotel too.

Professional meeting space and spa room anyone? Hera Hub is the first spa-inspired coworking space in San Diego. Later came more strong, girl gang groups in Carlsbad, Mission Valley, Sorrento Valley,  DC, Sweden, Irvine, and Phoenix. And coming soon to Houston, Seattle and Atlanta with six other international locations. Woosah! This Women’s Only Club is on a mission to support over 20,000 women in the launch and growth of their businesses by 2020. A true workspace for women that is passionate about fostering the collaborative and a belief that success breeds success. Yes! Think it, want it, get it, girls!

Virginia is for lovers and The Broad a proud women’s space and beacon for inclusivity where you won’t find a single, cardboard tampon in the bathroom. Take note, it’s a beautiful and functional space, Just like the broads who go there. The 3,500 square foot communal seating scene features a coffee bar, breather room, boardroom, individual work nooks, and weekly yoga. In addition, there is a gallery curating work exclusively by female artists. While The Broad is deliberately designed for women, it opens it’s 9-9 PM doors to anyone who identifies as feminine, regardless of gender.

Silly boys, girl power movements have BEEN breaking barriers. It’s pretty safe space to say, Women Only Clubs are representing and rising, and it’s only the broadband wi-fi that’s new.

Can you hear me now?

Jasmín (Jazzy) Nelson is a true “Jazzy” of all trades. This multifaceted mom boss keeps busy as a journalist, an independent paralegal, Life Coach, photographer, and Juris Doctorate candidate. When she finds free time, you’ll most likely spot her doing yoga and catching good vibes at the beach with her son in beautiful California.