Responsibility or Sin: The Whole Truth About Abortion 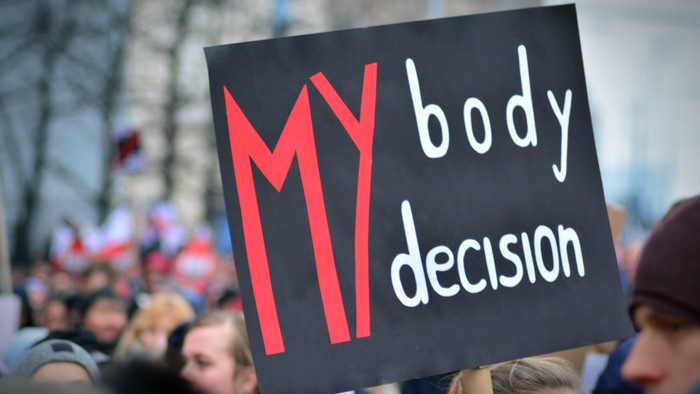 Abortion is a controversial subject that we do not talk about very often because it is still considered fairly taboo. As such, women who have had the procedure usually choose not to share their experiences. But their accounts are exactly what we need to learn the truth about abortion and get a clear picture of a woman’s experience during the process. The more we talk about abortion, the less uncomfortable it becomes for women to step forward and tell their stories. Abortion is a provocative subject because it raises many hard questions about responsibility, morality, religion, and regard for human life. In order to remove the veil of darkness and secrecy that surrounds abortion and uncover the truth, we need to feel free to openly discuss it and determine all the facts.

Responsibility or Sin: The Whole Truth About Abortion

Until the beginning of the last century, abortion was practically banned due to some form or other of cultural and religious influence on society. These traditional moral norms and religious beliefs interfered with people’s free will. For example, the procedure was often conducted in secrecy with little or no medical knowledge, and as a result, often ended fatally. In addition, women were forced to perform this procedure unwillingly, or in many cases, they were banned from trying to perform it at all.

Until recently, the influence of moral codes and religion on the subject of abortion was incredibly strong. However, as we progress as a modern society that values individual freedoms the grip that social norms had on our lives is slowly loosening.

Perhaps today it is much easier for many of us to talk about this issue, but it still remains a hard topic for discussion, especially in underdeveloped countries. That being said, most countries around the world have legalized abortion and there are clinics specialized in this procedure that operate freely and openly.

Increased access to the procedure resulted in a spike in the abortion rate in the population of college students and young adults starting a heated debate about a possible prohibition. As a result, some states in the US are still trying to ban this practice. People have very divided opinions on this matter, but much of the world considers that women should have every right to decide whether to have an abortion or not. It is needless to say that most countries where fundamentals or religious leaders have supreme power, there are no such freedoms available.

Having that freedom to freely decide your future is very important for citizens of the western world. Women mostly support the notion that abortion should be legal and a matter of a free choice. The larger concern is with the procedure itself as there are many stories of poorly performed procedures by inexperienced doctors, which can be a traumatizing experience for a young woman.

Here you can read some abortion essay examples filled with accounts and testimonies of young females who suffered severe medical problems as a result of incompetent handling of a procedure. An in-person testimony may be even more powerful than a written essay so you also may wish to check out some documentaries about this issue. Hearing personal accounts can help you form a more realistic picture of abortion because they tell a more compelling story than a bunch of statistical records.

The truth about abortion is more complicated than it seems and exploring personal accounts of women who went through this procedure is our only way for getting some clear picture of it.

This is especially the case with the late-term abortion treatment which can be very painful and leave severe consequences on a woman’s health. There are also some other issues such as women who have had abortions being shamed in public and ostracized by their families or communities. And the opposition toward this practice made by some institutions of organized religion or even those human rights movements.

Thanks to social media and the internet this issue continues to gain attention around the world. There are online support groups that voice their opinion for and against it, plus many people write essay papers or articles in an effort to prove their point, each from a different point of view.

Although most of us support every notion of freedom and personal choice, some people are trying to undermine this view or put a greater responsibility on these women who face the possibility of an abortion. These groups are supporting religious or more conservative views that talk about the sanctity of human life and that abortion is equal to taking someone’s life away. It is hard to reconcile these two views as they are so contradictory and this leads to some heated debates between these factions.

It is up to each of us to make up our minds about this issue, but the real question is should everybody have a say? The point is that women suffer the most when it comes to abortion. They are exposed to social rejection and shaming. As well as sometimes suffering traumatic experiences and possible future health issues. It makes you wonder what does this have to do with you, an observer who can judge everything from a safe distance or take a natural stance.

We need to acknowledge things the way they are at this moment so we can move forward. And right now things are moving in favor of women’s rights or supporting an ability for making their free choice. We need to think about a woman’s physical and mental health plus the consequences that they suffer as a result of abortion still being a taboo subject in some aspects.

This is not an easy topic to digest but that is what makes it very interesting for a discussion. It is important that we talk about it and cast some light on the subject so that it does not remain a taboo covered in a veil of darkness and prejudices. Everyone’s opinions should be out there and everybody should be able to tell their story from their own unique point of view. Only then can we uncover the whole truth about abortion.