The Story of the Iconic Cartier Panther 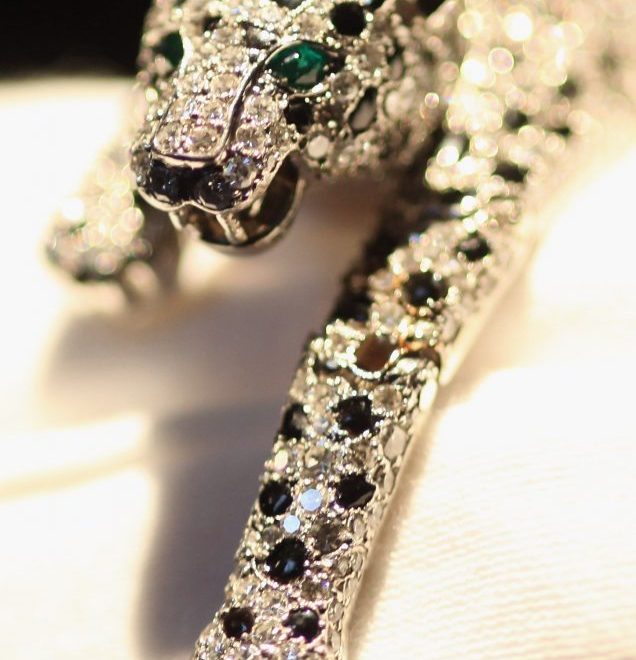 Cartier is one of the most iconic jewelry brands in the world. Various types of animals have been portrayed in their works of art over the years. From lions to tigers, bears, butterflies, snakes, and turtles. However, the kings of the jewel jungle are the Panthères de Cartier. The Maison has been making jewelry inspired by these cats for over a century. Famous names like the Duchess of Windsor and Jay-Z even own entire collections of Cartier jewelry featuring the renowned panther motif.

The History Behind Cartier Panther

It all started in 1914 when George Barbier designed an invitation to an exhibition with the illustration of the cats. The image commissioned by Louis Cartier was nothing less than a black panther lying at the feet of a glamorous woman.

We can say that this invitation signaled a new collection of panther jewelry. However, it did not work quite like that. At the time, the image reflected the popularity of panthers in Paris. The strong and exotic feline captured the mood of the City of Lights after the First World War. Contrary to popular belief, Cartier’s first use of the Panther in its jewelry appeared in the spotted diamond and onyx pattern on a women’s watch in 1914, and another in 1915. Years later, the first full-bodied panther appeared on the cover of a diamond, onyx, and platinum cigarette case. This piece will always have a special meaning. It was Louis Cartier himself who had it commissioned especially to give to Jeanne Toussaint, whom he affectionately dubbed La Panthère.

Thereafter, Toussaint became creative director of the high jewelry brand. Among many other achievements, she reimagined the company’s panther motif as a bigger and bolder design.

This story still has more to discover but one thing is for sure and panthers are almost exclusively identified with Toussaint even today.

To further explore the evolution of the Cartier Panther click here.