The People Who Sabotage Love 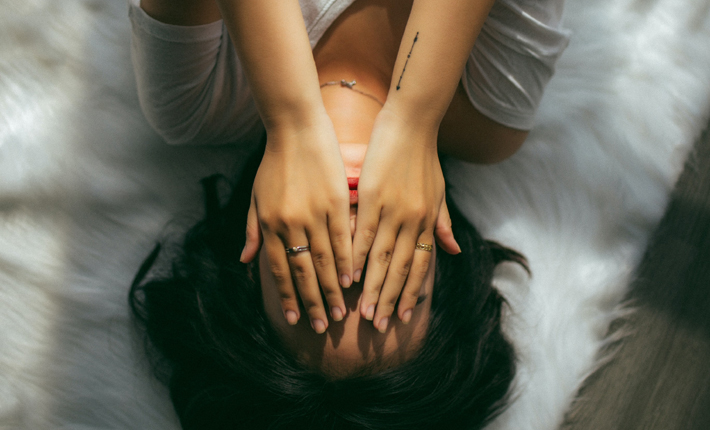 Do You Have High Standards, or Are You Too Picky?

There have never been more ways to find a mate—or a soulmate—than there are today. But then, why are so many still single? It was estimated that there were almost 35 million single-person households in the United States in 2019—a figure that’s been steadily rising since the 1960s—while there were a reported 62 million married couples in the U.S. in 2020. In Japan, the government-run National Institute of Population and Social Security Research estimates that “one-person households will total 39 percent by 2040″. However you slice them, these numbers aren’t encouraging for a person looking for love. In short, the number of single people around the world is larger than you might think and appears to be growing yearly. Why? Could it really be that people self-sabotage love? Or it is all about holding standards too high? Or, if you are into someone but the fear of rejection is the main issue to hold you back then you can visit this site to learn more about Manifesting a specific person to like/love you back.

The People Who Self-Sabotage Love

We live in a world with a plethora of dating sites and apps. There’s almost literally something for everyone: straight, gay, religious, looking within a certain ethnic group—you name it, it exists. You can read more about OK Cupid in this link; it’s fascinating to learn about how they find matches using complicated algorithms to match compatible people — across all types of relationships. The system’s high-tech math whittles down possibilities based on shared preferences… to a point where it’s almost spooky. And still, we all know a person—or people—who say they are looking, but can’t seem to find “the one”.

Perhaps the paradox of choice plays a role now. Back in the pre-digital days, if you met someone who got to 75 percent of what you were looking for, you might consider yourself lucky and dive into a long-term relationship. Knowing that there are tens of thousands—even millions—of potential “perfect” matches may be working against us. As the adage goes, “Perfect is the enemy of good”.

But when there is so much choice, why not be picky? Why should anyone “settle?” Being single isn’t some curse; in fact, some prefer it. Why fault anyone for having “high standards”? Agreed. You don’t have to settle and you do have the right to adhere to high standards. The question some should be asking themselves, however, is “Am I sabotaging my own happiness?”

There are some extremely picky daters out there. Heard of “The League”? Yes, it’s as posh as it sounds. Described as “Tinder for elites,” one’s education and professional work history are huge determinators for whether or not you get to join the club. Applicants are screened thoroughly and only the “cream of the crop” get a coveted email informing them, “Congratulations! You’ve been drafted into The League”. If that’s the kind of relationship you want, well, go ahead and apply. But perhaps it’s a tad shallow to think that only a person with pieces of paper from fancy schools and a glowing CV could be someone you could fall in love with.

Some psychologists believe extreme pickiness in dating is a defense mechanism. The person has an underlying fear of a genuine long-term romantic relationship. They fear getting hurt, perhaps again. People who suffer from such fears don’t fall into the category of those with high standards. Instead, they put serious effort into finding even the smallest faults with a possible partner. It’s a self-sabotaging cycle that doesn’t provide the protective shield the person seeks, but rather adds fuel to fears and results in rejecting what could have developed into a loving relationship.

How can one know if they’re a self-saboteur… or simply a person with highly refined tastes? There are a few signs to look for. Let’s start with the basics: If you can’t articulate why the person isn’t right for you, you may be the problem. It should be pretty easy. “I’m an easy-going person and they are too high-strung,” etc. If your answer too often is, “Umm…I can’t put my finger on it, but there’s just something off,” consider re-assessing your priorities and desires.

Secondly, have you never been in a long-term relationship? That might be normal for a 25-year-old, but a mature adult generally has had relationships. If you’ve never taken the plunge—maybe you’re living in fear; which is both sad and frankly, silly. “Life is a gift—You only live once” sound like cheesy slogans to some, but there’s more than a kernel of truth there.

Third, do you actually believe that there is one perfect person out there, just waiting to be discovered? Perhaps you watched too many rom-coms, but deep down you know it’s true: no one is perfect, or for that matter, even close to perfect.

We grow with and into a partner; the struggles, the fights, and the times—both good and bad—lead to an evolution that becomes a healthy relationship. No, you shouldn’t go into it thinking you’ll be able to change them or yourself, but you will be changed by life and love. People who are too afraid of evolving live lives of stagnation. Keep your standards high, but don’t wall up your heart and self-sabotage love.

11 Relationship Goals for People to Level Up Their Love Life