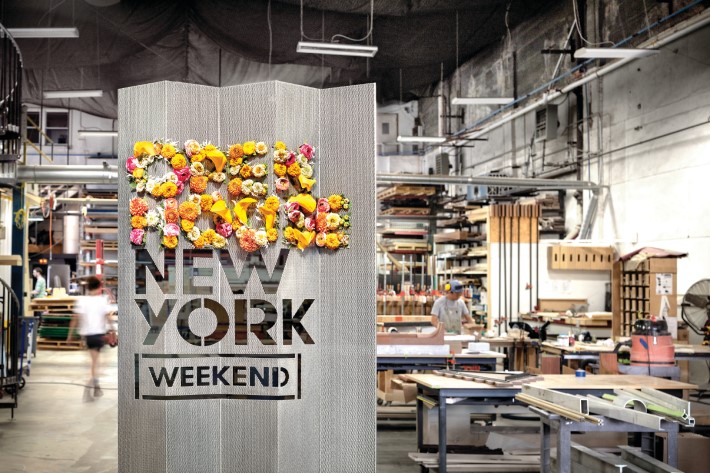 Open House New York is a part of Archtober and it happens from October 18 to 20. For only two days, OHNY unlocks the doors of New York’s most important buildings, offering an extraordinary opportunity to experience the city and meet the people who design, build and preserve NY. It is a citywide celebration of architecture with more than 300 historic and contemporary sites!

From historical to contemporary, residential to industrial, hundreds of sites across the five boroughs are open to visit with tours, performances, and special events.

Designed by SHoP Architects and Ken Smith Workshop, the new eco-park at Pier 35 will anchor the northern boundary of the East River esplanade project, providing much-needed outdoor space for the local community along the waterfront and acting as an innovative habitat restoration park.

The Modulightor Building was designed by Paul Rudolph and contains interwoven horizontal and vertical spaces, it has abundant use of light and rich display of worldly objects. Modulightor is also the home of the Paul Rudolph Heritage Foundation. The Foundation is celebrating Paul Rudolph’s 100th birthday with a special exhibition, displaying fascinating models, unique architectural drawings, and artifacts from his life and architectural career.

The Brooklyn Navy Yard is an industrial park, home to 400 businesses, employing more than 900 people and generating over $2 billion per year in economic impact for the city. In this Open House, over 50 artists and manufacturers will open their doors providing amazing views, historical landmarks, several exhibitions, and installations.

New York City Hall, the seat of NYC government is the oldest city hall in the US that still houses its original governmental functions. Combining a French Renaissance exterior and American Georgian Interior, the NY City Hall features a stunning rotunda with marble floors and a coffered dome with a central oculus.

The Ford Foundation was commissioned by Henry Ford II in the 1960s and was designed by Kevin Roche John Dinkelloo and Associates. The 12-story enclosed atrium garden was the first of its kind in the US. In 1997, New York City’s Landmark Preservation Commission designated it as an official landmark. Following a 3-year restoration by Gensler, the new Center opened in 2018, preserving the building’s original character while making it even more open and inclusive with an emphasis on sustainability and accessibility. BCUNY Bronx Community College | Marcel Breuer Buildings

When it opened in 1962, Eero Saarinen’s TWA Flight Center became an immediate international sensation and for decades epitomized the glamour and excitement of the Jet Age. Closed in 2001 when TWA Airlines ceased operations, the building was unused for years. Today it is completely restored. And serves as the centerpiece for a new 512-room hotel and conference center, with restaurants, bars, and shops.

Constructed by the US Army in 1918-19, BAT served as a major military supply center for nearly 50 years. The Brooklyn Army Terminal is the premier affordable hub for modern industrial businesses, entrepreneurs, and working families in New York City. The campus has recently completed renovations to open the historic property to the public. And increase the community’s connectivity to the Sunset Park waterfront.