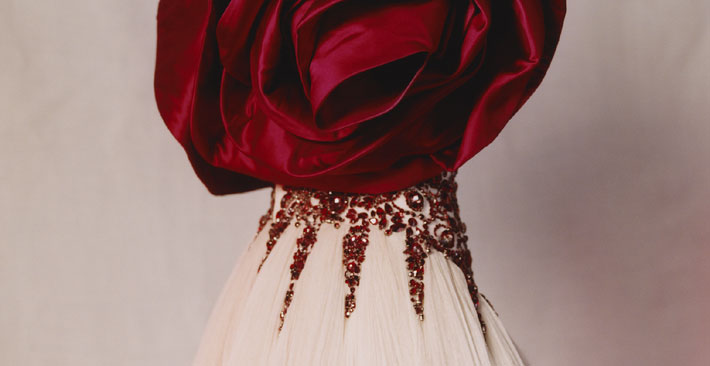 During hard times, art and creativity can be our best friends. With the aim to inspire and help our creative minds, on April 1st the luxury brand Alexander McQueen launched a project titled McQueen Creators.

Each week, the luxury brand will ask the creators to help their creative team, working together, from home, on several projects. A new creative concept will be released each week. These will connect of course the McQueen followers with their team and collaborators.

The first-week project was inspired by the Roses Exhibition at McQueen’s New Bond Street Open Studio. The challenge was easy, the creators only needed to pick a picture (from the ones represented on the luxury brand’s Instagram) and reinterpret it. Then, they needed to share the final piece on Instagram, tagging @AlexanderMcQueen and using the hashtag #McQueenCreators.

Let’s take a look at some of the looks people were invited to recreate:

Over the coming weeks, the projects will include 3D, embroidery and many other things that you can do from home. These are the exact initiatives that we need from luxury brands like Alexander McQueen.

McQueen Creators and McQueen Music are great initiatives to help you stay entertained during these hard times. Take a chance, and who knows maybe you will become famous for it??

All Photos Courtesy of Alexander McQueen