New Emerging Designers You Need to Know About! 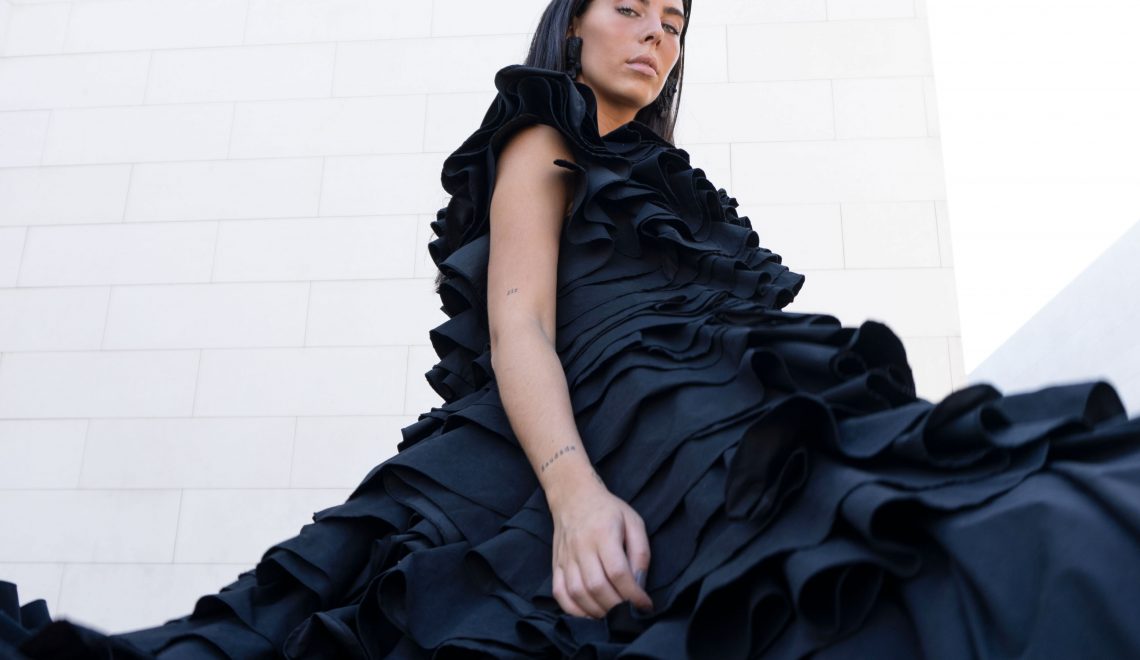 We all have our favourite designers, those who make our wallets hurt every time there’s a new collection. But today we are going to get to know a new set of promising Emerging Designers!

Why is it important to shop from these designers?

Because, when at the beginning of their brands, they need all the support possible to grow into their authentic designer persona. And, of course, that takes a lot of money, time, support, and publicity.

So, although the classics will always have our hearts, there is no reason we can’t also help emerging designers with great designs establish their brands and work.

Here are some amazing new designers and brands emerging today!

Kika Vargas is a creative Colombian woman, born in Bogotá. She studied Fine Arts at The School of the Art Institute of Chicago and Fashion Design at the Istituto Marangoni in Milano, graduating in 2008. After that, in 2011, Kika Vargas launches, receiving numerous awards. Today, the fashion designer works between New York, Madrid, and Bogotá creating her outstanding brand.

Johannes Boehl Cronau was born to a family of carpenters in the German countryside. The passion for creating came from a young age leading Johannes to Paris. There, he studied fashion design at Parsons and went on to pursue his dream internship. Then, the time came for Ioannes to be created. Ioannes is indeed based on intuition, insight, and discussion. Its collections focus on reflection and observation, exploring every part of the creation process.

In 2009, Petar Petrov began in Vienna as a brand driven by a passion for emotion through design. Its razor-sharp tailoring, fluid fabrics, and distinguished prints mark the difference among many other fashion brands. In every season, the plan is to build statement pieces that are versatile while also being iconic.

Being a black female-owned brand, Dur Doux is a luxury fashion label that real women can actually attain. It was formally launched in 2013 and it presents itself as a mix of wearable pieces with more avant-garde elements. Its style is bold and elegant, and very much inspired by cultures from across the globe. Cynthia Burt is the Vice President of the company, while her daughter, Najla A. Burt (founder of Dur Doux), is the Creative Director.

LVIR is an emerging fashion brand that is known for its ﬂexible style, naturally melting into the attitudes and emotions of the person who wears its clothing. Working as a team with many fashion experts, LVIR is proud to say that justice in the workspace is not only important but also mandatory. By using classic colors, the team wishes to present comfortable and stylish options of clothing.

A post shared by L V I R 르비에르 (@lvir_official)

Brandon Blackwood was born and raised in Brooklyn but spent most of his childhood traveling between New York and Tokyo. Blackwood eventually realized that his dream was working in the Fashion Industry and decided to start his first handbag line. For a couple of years, he continuously traveled all over the world in order to source the most ethical materials and fair-trade craftsmen. His first collection consisted of 4 bags, launched in 2015. Last year, Brandon had the idea for the creation of a bag that would make a statement against Racism – End Systemic Racism.

Rokh was founded by Rok Hwang, who was born in Seoul, raised in Austin, and, later, moved to London. Before creating his own brand, Rok became an R-T-W designer for Céline, Louis Vuitton, and Chloe. Fast-forward to 2017, Rokh was born – a fashion brand that constantly bounds gender limits by mixing masculine elements into women’s wardrobes.

This is a label that embraces fun proportions and angles in all of its pieces while endlessly defying the boundaries between evening and casual wear. The goal is to bring sexy into our daily life. The study of contrasts and retro references is its everyday inspiration to create unique items.

Simonett is all about minimizing material waste while avoiding material excess. To do this, they limit their inventory to 100 items of each style. Its commitment is to dress the modern woman without losing sight of the planet. Simonett Pereira is not only the founder but also serves as Creative Director.

Eszter Áron created Aeron in Budapest, being an heir of generations of tailors. Because of her ascendents, Eszter was exposed to contemporary arts and textiles almost forever in her life. Her biggest inspiration was her powerful mother with a striking sense of style. The Budapest fashion label is well-known for its traditional craftsmanship, and signature design. Although the fabrics are sourced from Europe, the production is local. AERON’s mission is to be a timeless collage of impeccable quality and subtle sensitivity, for a community of refined minds.

And while we are on the topic, let’s also look to the future of fashion

These five 5 young designers are just getting their feet wet in the world of fashion, but their creativity is phenomenal!

Luís Alejandro González Bisanti graduated in Fashion Design, Production and Photography of Fashion and Fashion Marketing and Publicity at Escola Superior de Artes e Design, in Portugal. In 2020, Luís appeared on Portugal Fashion Bloom SS’21, and was one of the final 8 contestants of the competition with his collection “Cornucópia”. 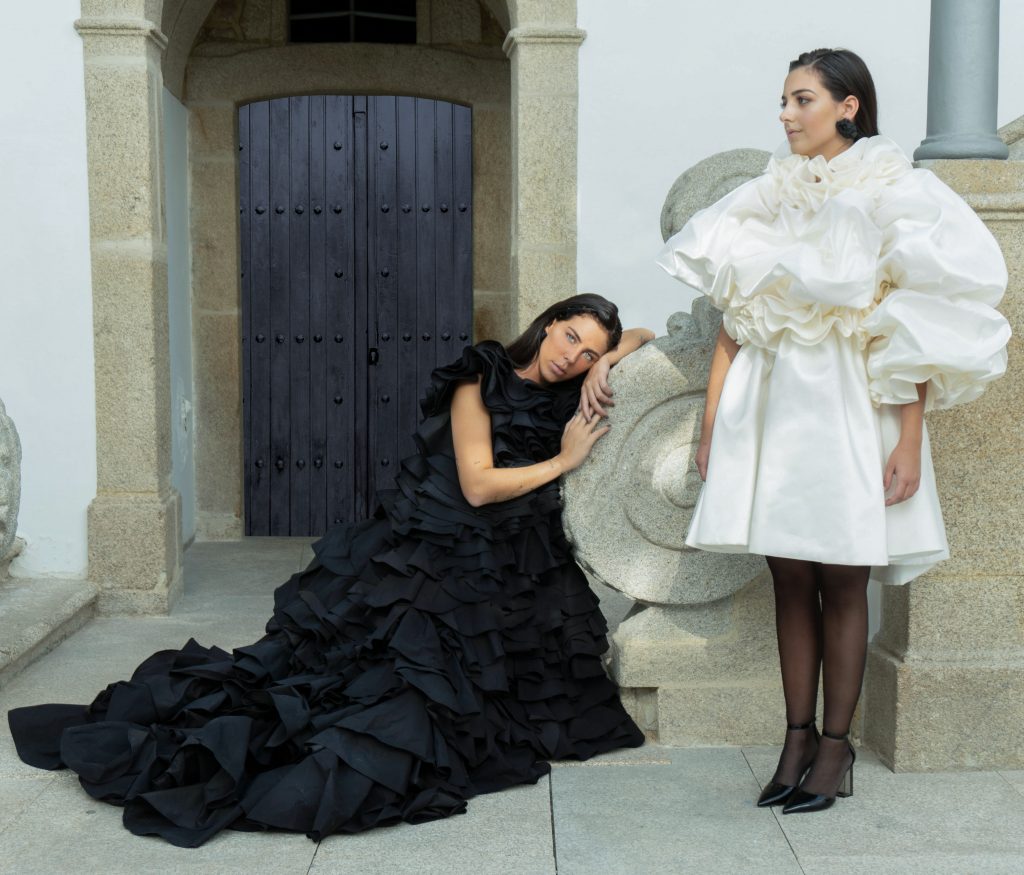 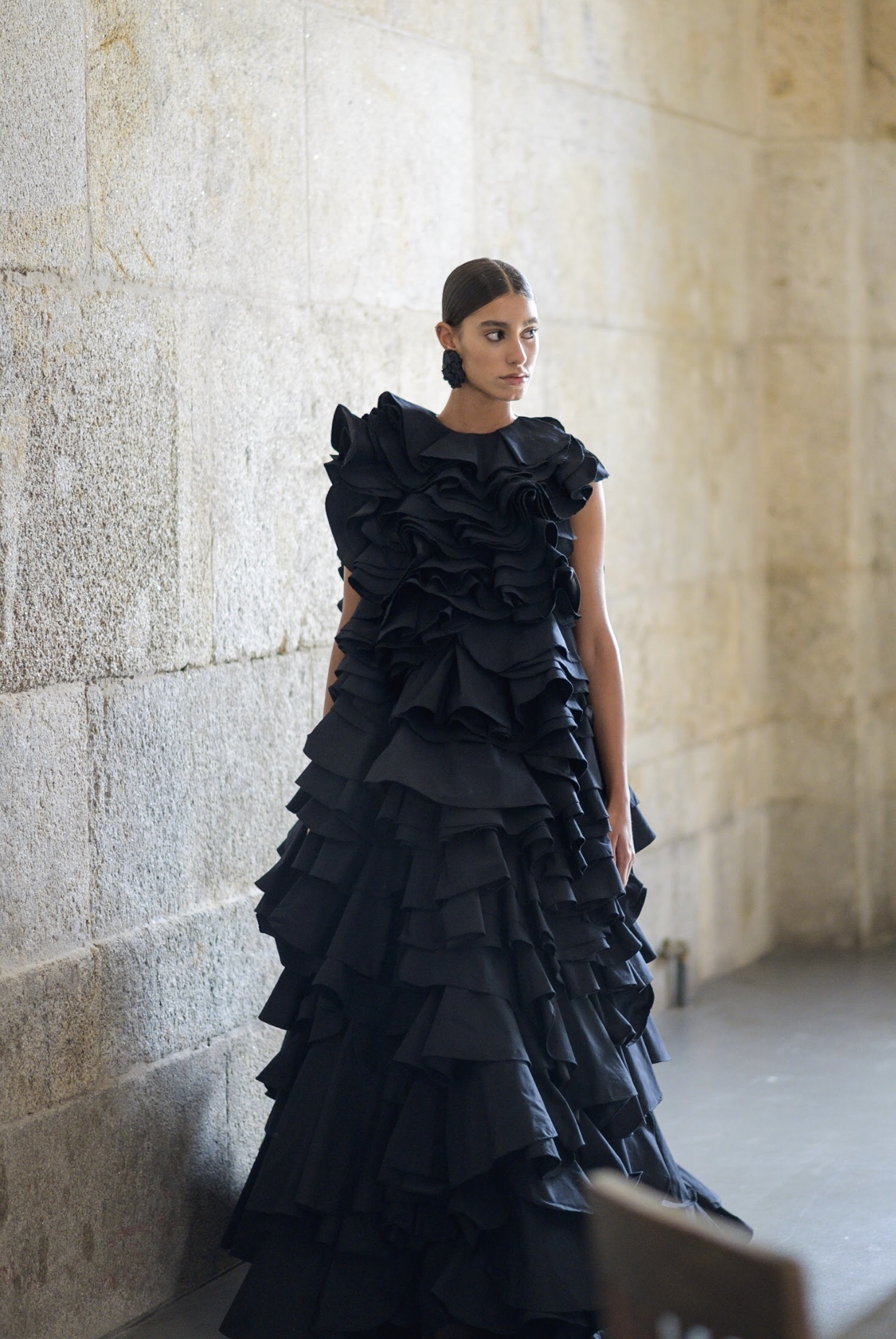 Alice Michelle is a 3D Fashion Designer and Pattern-maker from Minnesota. Last year, she graduated from The Academy of Art in San Francisco. Although she is a very digital designer, she loves to alternate the creative process between digital and by hand. In 2020, she also participated in the Music meets Fashion competition and was one of the 5 finalists. 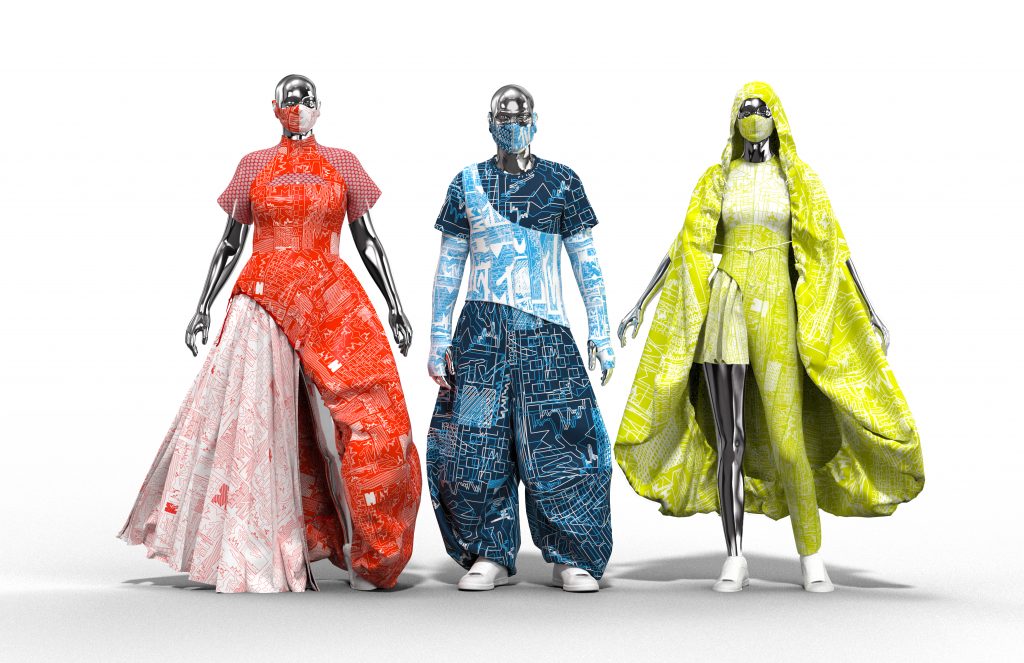 Carolina graduated from Fashion Design Womenswear at London College of Fashion in 2018. While studying, she has worked with different designers and creative teams such as Alexandra Moura, Roksanda, and Simone Rocha. Her graduate collection – “induviae” – was not only chosen to be showcased at LCF BA 2018 Press show but also highlighted in many art and design publications. Since then, Carolina Raquel has won numerous awards and a scholarship at Polimoda, in Florence.

Last year, Mattney graduated in Fashion Design from The Kent State University of Ohio. Due to her amazing work, Mattney placed in the top 3 in the CEBI idea pitch competition, where, consequently she won second place and received $600 to invest in her company, The Capsule Collective. The Capsule Collective is all about sustainability, focusing on upcycling used jeans into one-of-a-kind jackets. 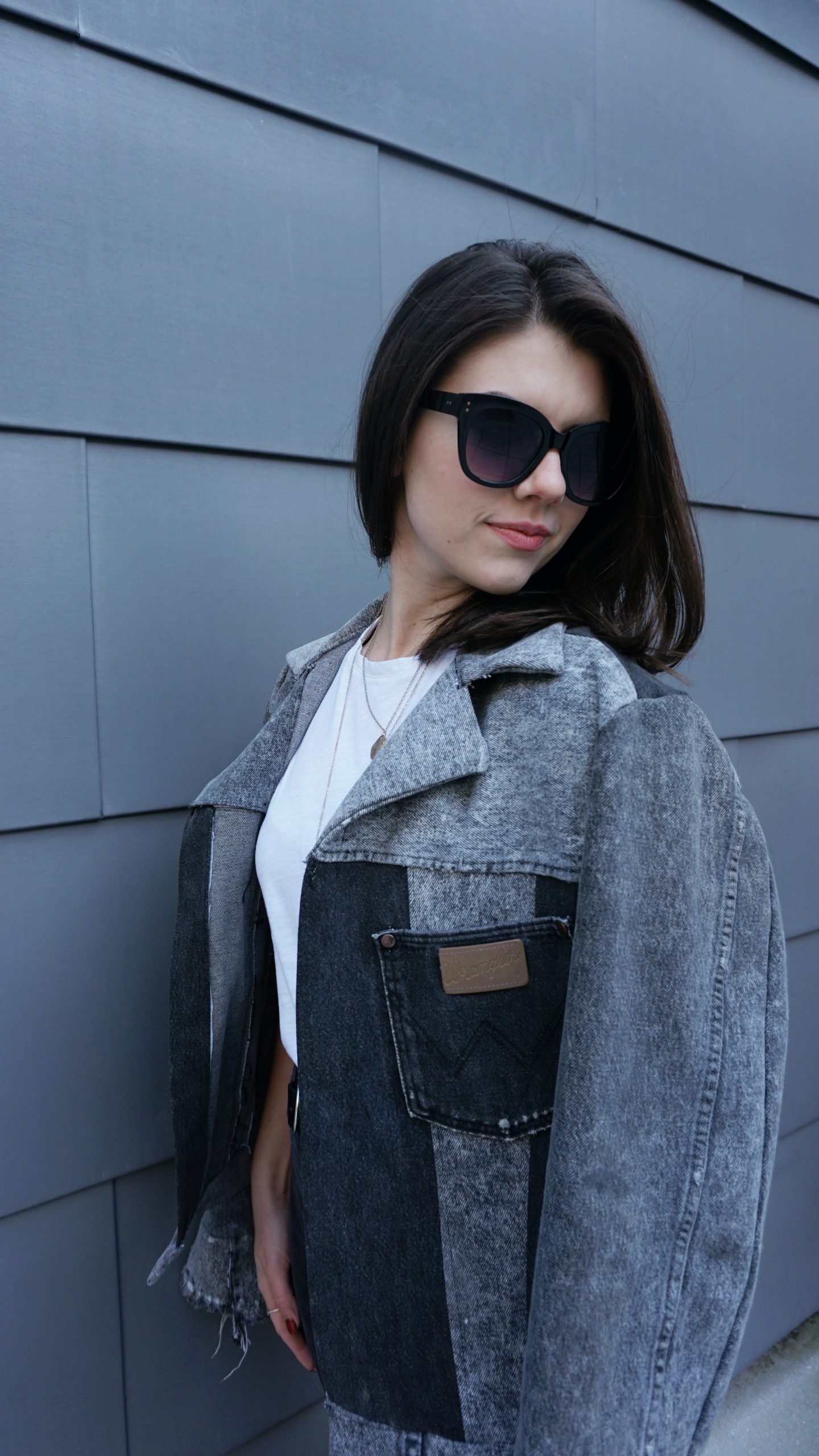 To understand fashion I have to understand myself – this is one of the quotes that Chelsea lives by. She is a political fashion designer who uses Fashion as a tool for changing the world around her. She is very vocal about Racism and Police Brutality and wishes to inspire a metamorphosis in our society every day through her unique designs.