‘Strip Down, Rise Up’ With Sheila Kelley, Founder of the S Factor Feminine Movement 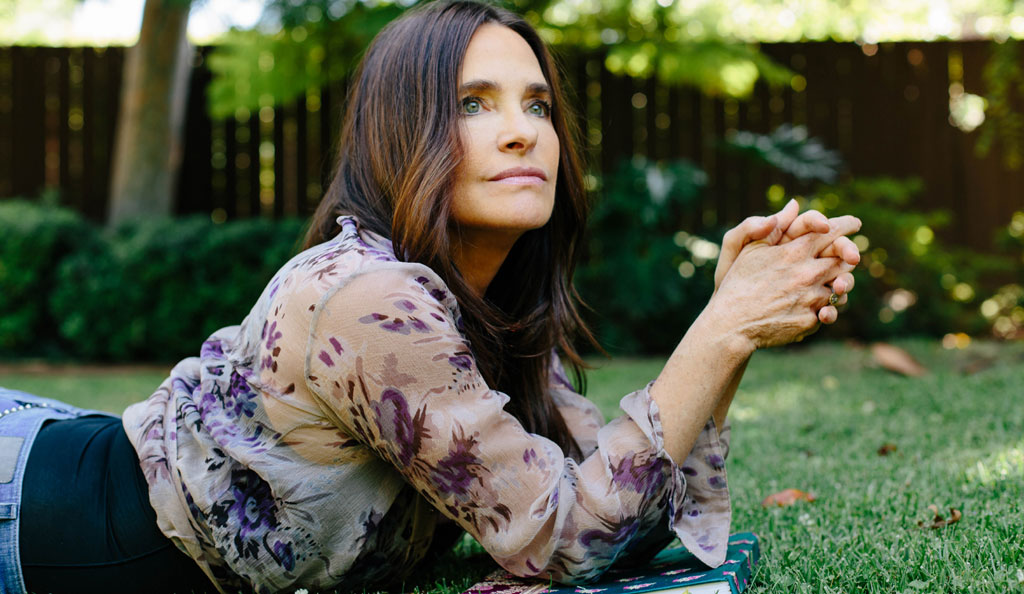 Discover How Sheila Kelley Empowers Women To Celebrate, Elevate, and Be Set On Fire Through A Fierce Feminine Movement Practice, “A Lifestyle and A Philosophy Built On Unwavering Body Love and Unapologetic Ownership”, In This Exclusive Lh Interview

Lean in to no longer being shamed or controlled by double standards and the suppression of female sexuality as your mind, body, and soul are fiercely awakened into an orbit in celebration of reclaimed bodies, dominating bold space.

Embark and enter into a profound portal of all things pleasure-filled, powerful, and unapologetic through a fierce, feminine movement practice. And allow the experience to radiate so brightly in your body, everyone around you is ignited with the same force that is female. So much that you feel like “Wonder friggin‘ Woman” because you have “unlocked, unleashed and healed lost parts of yourself that were quieted in a male-dominated world.” Whew! Well, hush little baby girl no more. The feminine woman in you has awakened thanks to Sheila Kelley’s guidance and feminine flow.

Sheila Kelley is a Feminine Embodiment Leader, the Founder of S Factor, the Originator of Feminine and Pole Fitness, Actress, and the fiery woman who started a feminine movement revolution, now featured in the Netflix documentary special, Strip Down, Rise Up. An intimately epic film following her and a group of women on a 6-month journey into transforming their life, love, and the powerful relationship with their body. It’s time to “switch channels instead of functioning like a mini man”. And tune into a discovery you never knew you needed but you absolutely do. Sheila is undeniably passionate about her craft, empowering women, encouraging us to normalize feminine, sexual, and emotional energy, and to “STOP HOLDING IT IN!”

From “Frumpy Mom” to Hot Mom-ness

Before this newfound freedom, Sheila described herself as a “frumpy mom”. A mom doing the mundane, day-to-day routine thing of being basic and just carpooling. Then later transforming and reveling into a “hot mom”. So much so other moms came knocking on her door asking “Hey, I want in” on the hot mom-ness. And Sheila would absolutely accommodate. Welcoming women in all walks of life with a “Yes, come on over, bring your big heels, and let’s get into it!”

Before the movie, Sheila thought she was living a full life with her husband, kids, and her house. “After S Factor, my life got better and my marriage got hotter as I embodied every part of my body and walked with more confidence and joy. Confronting and releasing the shame that was no longer.” Every woman absolutely deserves every bit of this—and more.

Sheila knows bodies thanks to her time spent as a dance manager and studying trauma work through the body. “I was bodied already” but putting in the exercise and the work for her feminine body became S Factor. The transformative course integrates pole dancing with yoga and pilates. While allowing, “the natural curve to be expressed through body, head, and hair tosses,” all combined to make for a “playful and delicious journey.”

Digging deeper, because Sheila Kelley is definitely about going beneath the surface and getting rooted, the S Factor is also an intimate course on how the body wants to be loved. “Sometimes there’s a pole involved, and sometimes not”. The studio offers several classes, where you will learn empowered, embodied, feminine life. Even if you’re wary, “there are virtual courses where even the shy woman can come on in, in a dark room and not be seen without glaring lights or mirrors in the safety of her own bedroom.”

The important objective is for women to move through life at their fullest potential and understand that there is a body we live in that must be released and take motion freely. “Bodies have lots of negativity, let it out!” One of the first things Sheila shares with women when she teaches is to “take back ownership” of themselves and their bodies. It is no secret women carry the weight of the world, tension, stress, succumbing to societal beauty standards and pressures, and enduring trauma all while continuing to walk in a body that lives a linear life where masculinity consistently moves through feminine bodies.

“Our body is a living, breathing, thinking, feeling, genius that we live in and we don’t listen to it because we’ve been bullied so much in no-woman’s land that tells women to dress like this, cross your legs like that and we lose autonomy.”

Care For Your Body

A Lady’s Guide to Buying Your First Sex Toy

How to Love Yourself: The Good Morning Goddess Ritual of Self-Love

Celebrate Your Womanhood With a Personal At Home Spa Day

A “Cute Story” With a Fierce Message

When Sheila’s daughter was once a basketball player, Sheila was sitting in the bleachers surrounded by other moms and dads at a game. When her daughter scored, she stood up, cheered, screaming with excitement, and grabbed her breasts. Yes, you read that right. And yes, she noticed all the parents staring at her with judgemental disgust. Que patriarchal, societal sexism at its finest, here. “But it’s okay for a man to grab himself or beat on his chest like King Kong, right? I was only cupping my breast and not in an erotic way. Are you f*cking kidding? How unbelievable! We slander and shame women. It’s got to stop!”

Truly a clear example of living in a world of double standards. Spoiler alert, we are not slaves to our social norms—even if it feels that way.

We live in a male-dominated world with a male-dominated culture but Sheila refreshingly reminds us of the empowerment of women basking in their sensual power and lighting up in all its feminine power. Power is normally never given, it is taken. “As the world changes, we have to allow the feminine to rise into full elevation of self.” Thus taking our power back! We have been taught that masculinity is power. “I hope to God I can help women in a masculine culture.”

At the very least, through S Factor, you’ll learn a thing or two… or three, about bodies becoming our greatest defender, illuminating a feminine and powerful, radiant light from the inside, out and that’s a true win-win.

When younger, Sheila struggled with body dysmorphia, but if she knew then what she knows now, she jokingly states, “I would probably be the President of the United States.” Having overcome a lot of deep experiences that were “challenging and self-destructive” she shares that had she gotten to S Factor earlier as a teen she would have been so much healthier and wouldn’t have been a cutter, bulimic or anorexic. Whew! We’re going there because she’s not the only one. Negative body image is a common battle among young and adult women. Fortunately, Sheila’s body setbacks became a hell-of-a comeback. Bringing her to the S Factor Feminine Movement and gifting women who very much need, and can be healed and renewed by it.

Perhaps, this is what it all boils down to; understanding that every woman’s body is the “map of their lives.”

If you allow your mind and body to step into a part of yourself that will blow your mind, you will do just that and thrive! You will walk more joyfully and confidently, embodying all that is fiercely and remarkably you no matter what body you’re in.

That being said, I urge you to tune into and take a look at this brilliant, body-positive, feminist (“non-angry”)-minded, and passionate woman who wants to give women access to thrive.

I encourage women to find their courage because we only have this one life, in this one body and it’s time to elevate and set her on fire.

Indeed it is and I couldn’t agree more.

“If I can save one friggin’ woman from being a dark soul, my mission of passion and love has flourished.”

Feeling bold and badass yet? Beginning April 12, 2021, Sheila Kelley offers her only workshop of the year, Women Ignited. An intense and intimate online experience founded on journaling—part self-reflection and part movement. You’re very much invited to experience this immersive, 8-week journey bringing you back to the truth of who you are that will light you back up.

Here’s to celebrating, elevating and lighting the torch to our life force, ablaze.

Shine on, get moving and may you take up space freely and fierceful, beauties.

Jasmín (Jaz) Nelson is a true “Jazzy” of all trades. This multifaceted mom boss keeps busy as a journalist, an independent paralegal, Life Coach, photographer, and Legal/ Estate & Entertainment Industry Executive. When she finds free time, you’ll most likely spot her doing yoga and catching good vibes at the beach with her son in beautiful California.